A man and a woman in custody face kidnapping and capital murder charges after the remains of a missing 3-year-old girl believed to be Kamille McKinney were found on Tuesday in Birmingham, Ala., the authorities said.

The discovery came 10 days after the girl was last seen at a birthday party, the police said, adding that the case had “touched a nation.”

“Her remains were found inside of a dumpster and they were recovered inside of a landfill,” Chief Patrick D. Smith of the Birmingham Police Department said at a news conference on Tuesday, adding that the authorities had been going through about 12 tons of trash collected in and around the area for several days.

The man, Patrick Stallworth, and the woman, Derick Brown, will be formally charged with kidnapping and capital murder charges, Sgt. Johnny Williams said on Wednesday. No cause of death was given.

Mr. Stallworth and Ms. Brown had no connection or relationship to Kamille’s family, he said. A lawyer for Mr. Stallworth did not immediately respond to a request for comment on Wednesday. A person who answered the phone at the Jefferson County Public Defender’s Office on Wednesday declined to comment on Ms. Brown’s case.

Lawyers for Mr. Stallworth and Ms. Brown had previously denied their clients had any involvement in the disappearance, according to The Associated Press on Friday.

Gov. Kay Ivey offered condolences to the family on Twitter on Tuesday night. “The heart of our state is broken, but our resolve must be to do everything we can to avoid this tragedy from happening to another family,” she said.

Mayor Randall Woodfin of Birmingham called on the city to “mourn as one,” and for residents to attend a vigil in Kamille’s memory in a park in front of City Hall on Wednesday afternoon.

“Uplift this family. Uplift your own families. Hold your loved ones a little tighter,” he said on Twitter on Tuesday. “And to the family of Kamille, know that your pain, your anger, and your many questions will not be ignored. Your cries for help will not go unanswered.”

Kamille, who was known as Cupcake, was last seen around 8:30 p.m. on Oct. 12 at the Tom Brown Village Housing Community while attending a birthday party, according to a police statement on Oct. 15. She had been wearing a pink T-shirt with leopard print on it and leopard-print shorts with no shoes. 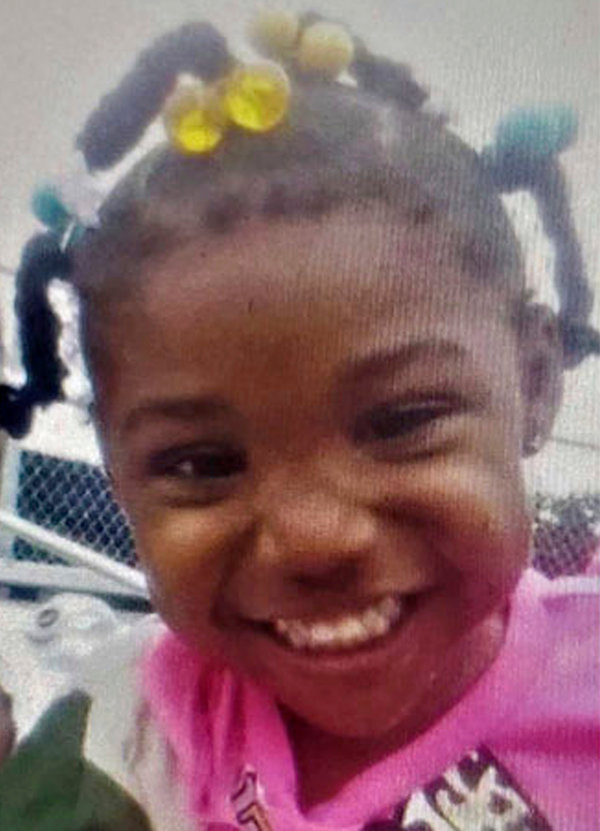 Her disappearance had been a “hard thing to swallow” because he had never been without her, he said, adding that he just wanted his daughter returned.

Calls to Mr. McKinney on Wednesday were not answered.

April Thomas, Kamille’s mother, also made an emotional plea for her return on Oct. 14, telling the local station WKRG that if anyone had seen her daughter, “just please just bring her back.”

Her voice breaking, Ms. Thomas asked why someone would take her daughter.

An Amber Alert was issued for Kamille, and CrimeStoppers offered a $20,000 cash reward on Oct. 16 for tips and information leading to the end of the investigation. Two days later, the police department released surveillance footage from the housing complex around the time Kamille was reported missing.

“We believe that this was something that they thought about and acted upon,” Chief Smith said regarding a possible motive while referring to Mr. Stallworth and Ms. Brown. “And they saw an opportunity to take a young child, which they did. And our further investigation will reveal whatever actions were taken after that.”

“I hope this message is not lost to young mothers, to grandmothers, and to the entire Birmingham community,” Chief Smith said. “It only takes a split second. We can no longer assume that everyone is a part of the village that is trying to raise the child. We cannot take those things for granted.”

Mr. Stallworth and Ms. Brown were first arrested on unrelated charges, on Oct. 15, according to the police that day. Four warrants for possession of child pornography and three warrants for possession of child pornography with intent to distribute were obtained against Mr. Stallworth, who was released on bond and then arrested again on Tuesday, Sergeant Williams said. A probation revocation with no bond was executed against Ms. Brown with an original charge of kidnapping.

Montreal cricket enthusiasts have reason to celebrate with new field