Home » Americas » Remembering one of the darkest days in democracy: January 6 riot timeline 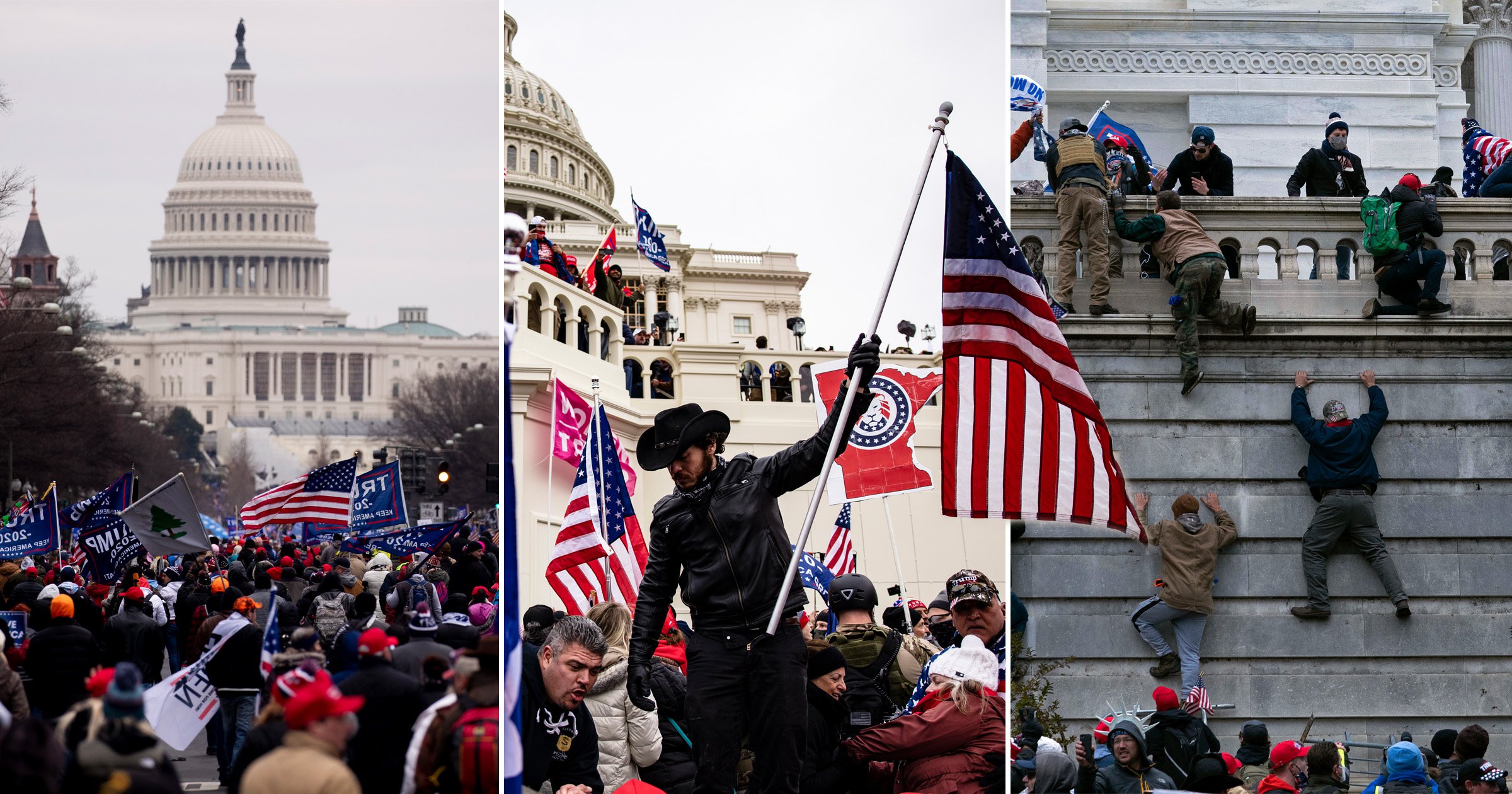 January 6, 2021, has gone down in US history as one of the darkest days in democracy. On that day a year ago today, thousands of supporters of then-President Donald Trump stormed the Capitol building in an attempt to stop Congress from certifying the election for Joe Biden.

Trump fans violently forced their way into the Capitol, climbing walls, busting through doors and using firearms, chemicals and other weapons to get past police in Washington, DC.

As a result of the insurrection, five people died and 140 law enforcement officers were injured. Here is a timeline of events as they unfolded that day:

Trump holds a rally near the White House and tells his fans, ‘We will never give up. We will never concede’, to cheers.

He also calls on Vice President Mike Pence, president of the Senate, to reject Biden’s victory.

Around that time, Pence releases a letter in which he says his role in certifying electoral votes is ‘largely ceremonial’ and he would not heed to Trump’s request.

‘My oath to support and defend the Constitution constrains me from claiming unilateral authority to determine which electoral votes should be counted and which should not,’ the vice president wrote.

Members of the House and Senate inside continue, unaware of the mob headed their way.

‘Voters, the courts and the states have all spoken — they’ve all spoken,’ Senate Majority Leader Mitch McConnell say. ‘If we overrule them, it would damage our republic forever.’

Just after 2pm, protesters break windows of the Capitol and climb inside, then open doors for others.

Secret Service agents usher Pence off the Senate floor and Pelosi off the House floor.

The Senate and House call recess and the Capitol building goes into lockdown.

Trump tweets: ‘Mike Pence didn’t have the courage to do what should have been done to protect our Country and our Constitution.’

Trump calls for support for Capitol Police officers and law enforcement and tweets that people should ‘stay peaceful’.

Sheltering in the House chamber, Democratic Rep Peter Welch tweets a video and says, ‘We were just told that there has been tear gas in the rotunda, and we’re being instructed to each of us get gas masks that are under our seats.’

Shortly before 3pm, Capitol rioters break into the Senate chamber, some jumping from the balcony to the floor. At the podium, they take photos and selfies and go through papers that lawmakers left.

Other insurrectionists march through the Capitol halls, banging on doors breaking into offices including Pelosi’s.

Protesters chanting, ‘Break it down! Break it down!’ overwhelm Capitol Police officers safeguarding the Speaker’s Lobby, where lawmakers take shelter. The rioters smash windows and try to get in.

Trump supporter Ashli Babbitt tries to climb through, but gets shot by a Capitol Police officer and later dies of her injuries.

At the same time, Trump tweets asking people to stay peaceful, but does not reiterate his false claims of election fraud.

Just after 4pm, President-elect Biden addresses the nation, saying, ‘I call on President Trump to go on national television now, to fulfill his oath and defend the Constitution and demand an end to this siege. This is not a protest — it is an insurrection’.

Shortly after 8pm, Pence reopens the Senate and says, ‘Today was a dark day in the history of the United States Capitol… Let’s get back to work.’

McConnell says the ‘The United States Senate will not be intimidated’ and ‘We will not be kept out of this chamber by thugs, mobs or threats’.

Pelosi calls the House into session and says, ‘We always knew this would take well into the night, and we will stay as long as it takes. Our purpose will be accomplished’.

The House and Senate resume their joint session, about 10 hours after they initially began.

Pence calls a majority of the electoral votes for Biden, officially certifying him as the US’s 46th president.