Weather: Hazy sun, with a high in the upper 80s. 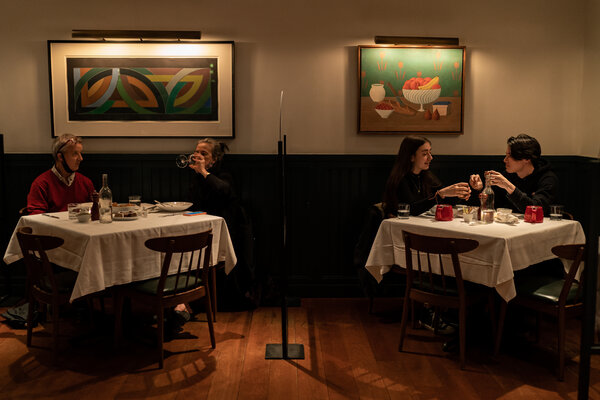 More than 500 restaurants across all five boroughs are participating in this year’s program, led by NYC & Company, which will run for five weeks, not one, from this week until Aug. 22.

“It is so important to support the hard-hit dining industry as our city continues to recover, and this summer, NYC Restaurant Week provides five weeks of opportunity to do so,” Chris Heywood, executive vice president of global communications for NYC & Company, said in a statement.

This year’s program hopes to provide some much-needed relief for the city’s food industry. According to Andrew Rigie, executive director of the NYC Hospitality Alliance, 65 percent of the city’s restaurants that applied for the federal Restaurant Revitalization Fund were unable to get money.

The industry is “cautiously optimistic, but also fearful and frustrated,” Mr. Rigie said in an interview. “We can’t let the optics of some busy restaurants and bars distract from the reality that many are truly struggling and unsure of how they’ll recover if the federal government doesn’t replenish the Restaurant Revitalization Fund.”

[Read about how some independent restaurant workers are unionizing as their cities reopen.]

The City reported that thousands of new restaurant jobs have been created in recent months. When outdoor dining began in June last year, Mr. Rigie said, about 100,000 people were hired back.

But according to Mr. Rigie, as of June this year, the city’s restaurants and bars are still more than 120,000 jobs short of prepandemic employment levels. And not all of them are at 100 percent capacity, he said, with many operating with limited staff or shorter hours.

A program to restore the industry

“There’s not one policy or promotion that’s going to restore the restaurant industry,” Mr. Rigie said. “It’s going to be a combination of policies, and Restaurant Week is one program to help.”

She Hates Biden. Some of Her Neighbors Hate the Way She Shows It.

‘Game Over’: Food Carts Adjust to a Changed City

As N.Y.C. begins its post-pandemic life, we explore Covid’s long-lasting impact on the city.