Home » Americas » Ronaldo will not face charges in ‘rape’ case 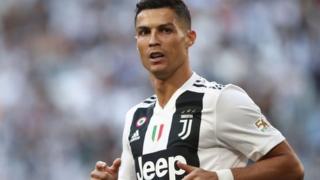 Football star Cristiano Ronaldo will not face charges after being accused of sexual assault, US prosecutors say.

Kathryn Mayorga, 34, had alleged that the Juventus player raped her at a Las Vegas hotel in 2009.

She reportedly reached an out-of-court settlement with the Portuguese star in 2010, but sought to reopen the case in 2018. He denied the allegations.

In a statement on Monday, Las Vegas prosecutors said the claims could not “be proven beyond reasonable doubt”.

“No charges will be forthcoming,” the statement said.

Ms Mayorga’s lawyer said she had been inspired to speak out about the assault by the #MeToo movement.

The First Debate in the Newsom Recall