The conservative US radio commentator Rush Limbaugh has died.

Limbaugh, 70, was a staunch supporter of Donald Trump during his time in office – and was known for his controversial views on climate change, feminism and homosexuality.

Last February, the talk show host had told his listeners that he was suffering from advanced lung cancer. 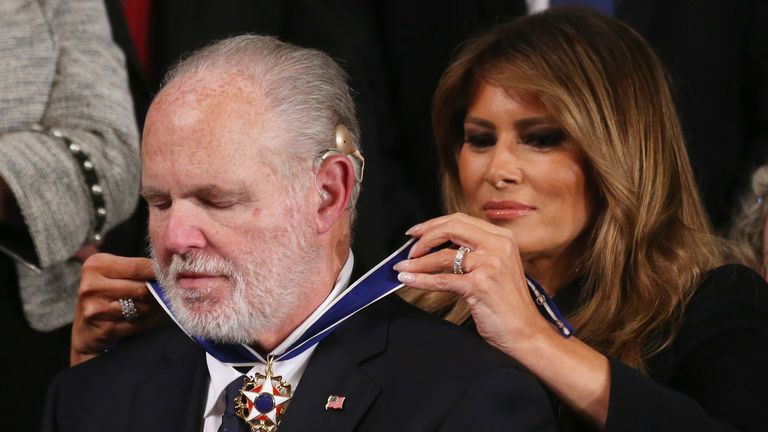 A day later, Limbaugh was awarded with the presidential medal of freedom during Mr Trump’s State of the Union address.

The radio personality’s death was announced by his wife Kathryn on his nationally syndicated show.

She said: “It is with profound sadness I must share with you directly that our beloved Rush, my wonderful husband, passed away this morning due to complications from lung cancer.

“As so many of you know, losing a loved one is terribly difficult – even more so when that loved one is larger than life. Rush will forever be the greatest of all time.

Robert Thompson, director of the Bleier Center for Television and Popular Culture at Syracuse University in New York said: “He wasn’t the first to do that kind of right-wing ideological commentary on the radio, but part of the appeal is also part of what used to get him in trouble, he would just go out there and say stuff no matter how outrageous it might be.”

His radio show started to be nationally syndicated in 1988, and was broadcast to more than 600 stations across the United States.

Prior to his cancer diagnosis, Limbaugh had lost his hearing – something reversed by a cochlear implant. 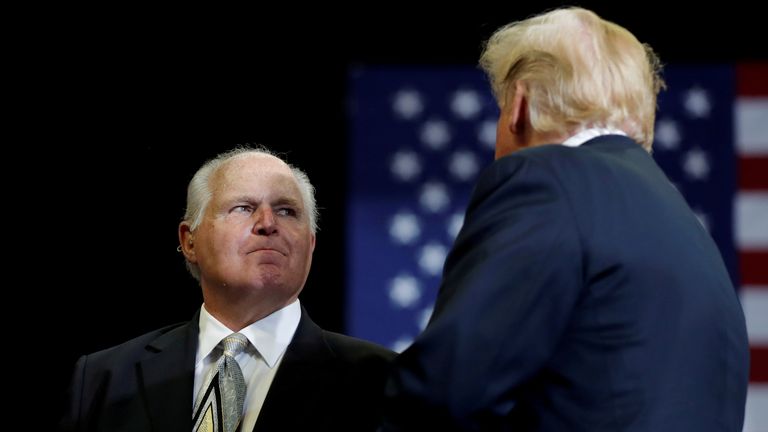 Limbaugh was born in 1951 in Missouri. His grandfather was an ambassador to India, his uncle a federal judge, and his father an attorney.

He started DJ-ing when he was in high school, and started on a full time radio career in 1971.

In 1984, Limbaugh got a job as a host at KFBK in Sacramento, California, and became a popular host in the area.

By 1988, ABC Radio Network had hired Limbaugh and set him up in New York City with a nationally broadcast show.

Police search for suspects in suspicious fire in Montreal North

What’s the Line Between Legal Poll Watching and Illegal Intimidation?