Researchers believe the Kremlin is highlighting a conspiracy theory that Trump is battling satanic politicians. 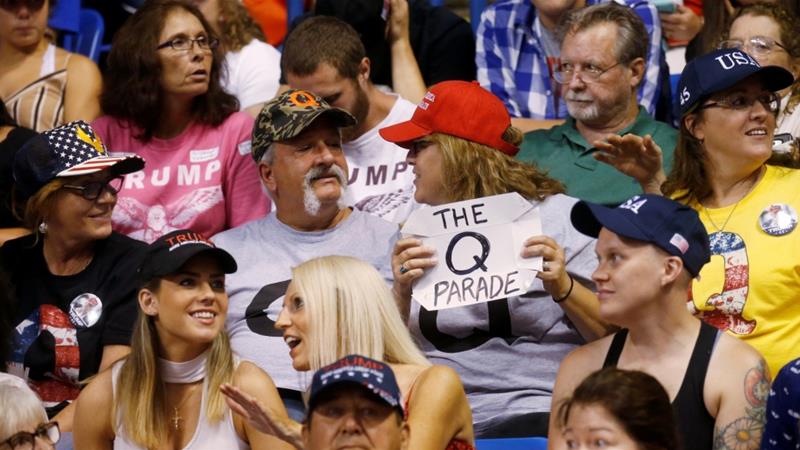 Russian government-supported organisations are playing a small but increasing role amplifying conspiracy theories promoted by QAnon, raising concerns of interference in the November US election.

Academics who study QAnon said there were no signs Russia had a hand in the early days of the movement, which launched in 2017 with anonymous web postings amplified by YouTube videos.

But as QAnon gained adherents and took on new topics, with President Donald Trump as the constant hero waging a misunderstood battle, social media accounts controlled by a key Kremlin ally joined in.

In 2019, the Internet Research Agency, a Russian “troll factory” indicted by Robert Mueller in his election interference prosecution, sent a high volume of tweets tagged with #QAnon and the movement slogan #WWG1WGA, short for Where We Go One, We Go All, said Melanie Smith, head of analysis at social media analysis firm Graphika.

The company dissects propaganda campaigns and plans to publish an analysis of QAnon this week.

More recently, Russian government-backed media RT.com and Sputnik have stepped up coverage of QAnon, which began with a false proclamation Hillary Clinton would be arrested for an undetermined reason and now includes theories about child trafficking by Hollywood elites, the novel coronavirus and more.

Cybersecurity expert on disinformation Cindy Otis, a former CIA analyst, told Reuters news agency that RT, Sputnik and other Kremlin-backed media have been writing more about QAnon, using it to fit into their broader narrative of: “The US is falling apart, look how much division there is.”

After Twitter banned thousands of QAnon accounts last month, RT.com predicted the move would backfire by directing more attention to the cause, adding that “it gave QAnon followers the validation they craved”.

Last week, it ran a similar article after Facebook removed about a third of QAnon groups and restricted the other two thirds.

RT’s story began: “Facebook has removed thousands of groups and pages related to the QAnon conspiracy after expanding its concept of ‘dangerous individuals’ to include those who merely ‘celebrate violent acts.’ Streisand effect, meet slippery slope.”

The Streisand effect refers to when singer Barbra Streisand sued to get photos of her Malibu home removed from the internet, only to win them more viewers.

The articles have fallen short of full-throated support, and others have been critical. But they cast QAnon as channelling legitimate outrage.

QAnon followers have taken note and begun to share more content from the Russian outlets, according to Graphika. 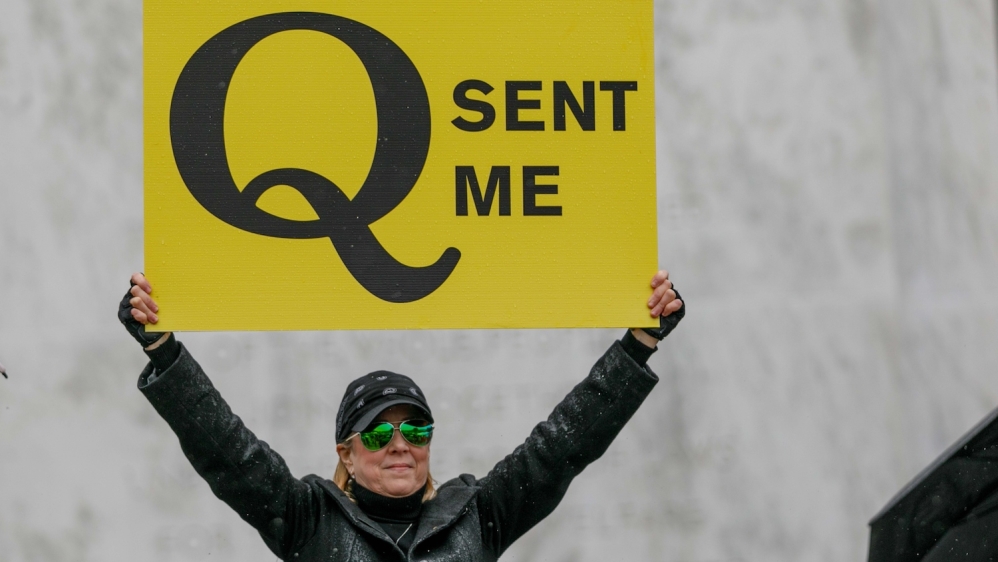 Russia is actively interfering with the campaign season in other ways, the government’s top counterintelligence official said recently, including by disseminating false stories about Joe Biden in Ukraine. Democrats are pressing for the public release of more instances.

Researchers at Graphika, Stanford University and elsewhere stressed that QAnon for now remains a largely domestic phenomenon. Facebook took down two QAnon networks for coordinated artificial behaviour, before its new content restrictions, and neither had Russian connections.

But tracking QAnon has become increasingly tough, Graphika’s Smith said. “It’s very difficult to understand what a QAnon account is, versus a Trump supporter’s account versus an anti-vaxxer.” 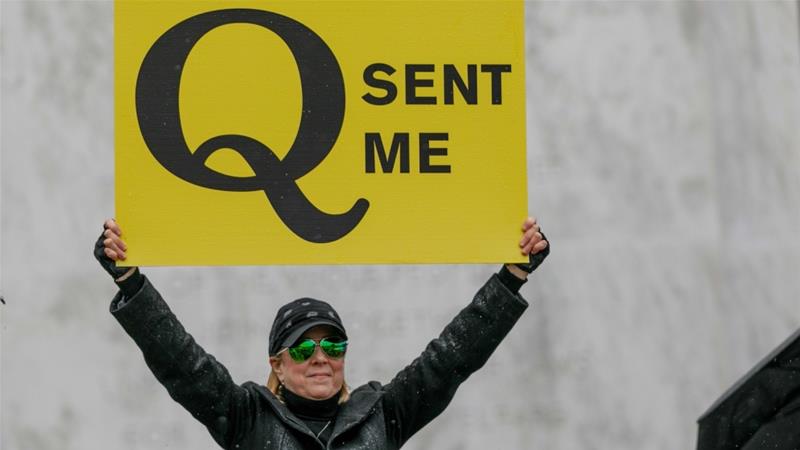