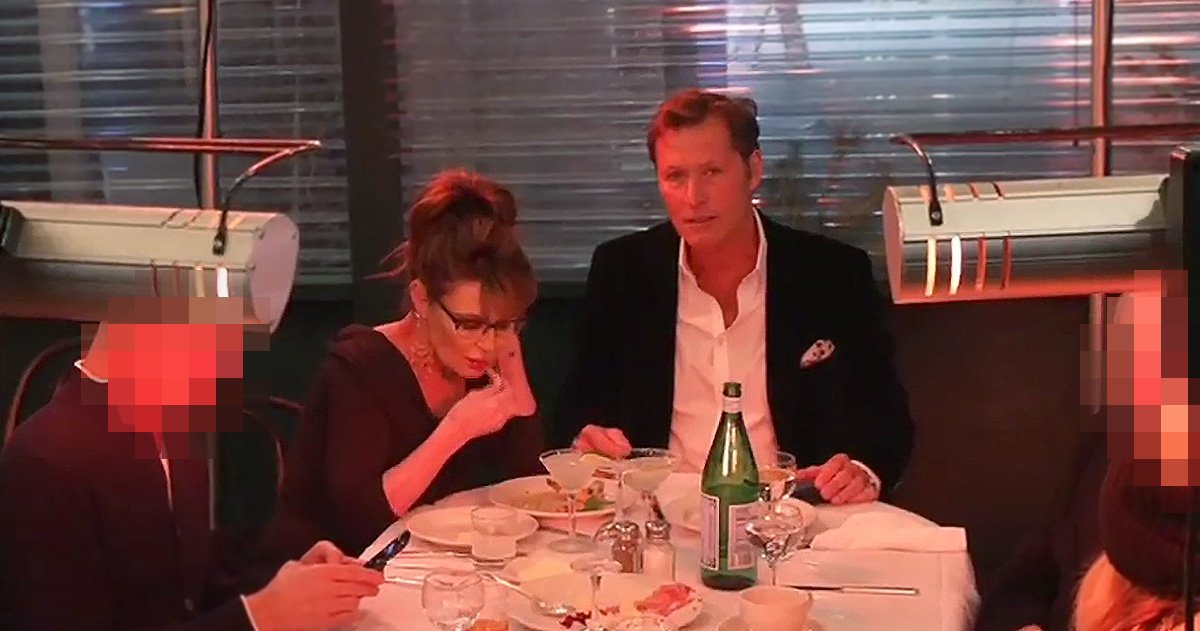 Just two days after testing positive for Covid-19, former Alaska Governor Sarah Palin returned to the upscale New York City restaurant where she had been spotted dining inside over the weekend.

New York City requires proof of vaccination to eat indoors – and the former Alaska governor and one time Republican vice-presidential candidate is notably unvaccinated against Covid-19.

On Wednesday night, Palin returned to Elio’s, a popular restaurant on the Upper East Side of Manhattan, and dined outdoors. But when she ate at the same spot Sunday, the day before her diagnosis was revealed, she sat indoors.

At odds with local guidelines and advice from public health officials to quarantine for five days after a positive test, Palin’s dining habits have raised eyebrows by locals and city officials.

The former Masked Singer contestant was also spotted Tuesday night, at another Italian restaurant on the Upper East Side called Campagnola, according to TheUpperEastSite.

When she returned to Elio’s on Wednesday, staff reportedly insisted that she eat outside of the celebrity-filled restaurant.

‘Tonight Sarah Palin returned to the restaurant to apologize for the fracas around her previous visit,’ Elio’s manager, Luca Guaitolini, said in a statement Wednesday night to WNYC/Gothamist.

VIDEO of Sarah Palin dining at a Manhattan restaurant after testing positive for Covid19pic.twitter.com/pSYvFzxQLv

‘In accordance with the vaccine mandate and to protect our staff, we seated her outdoors… We are a restaurant open to the public, and we treat civilians the same.’

Palin, who is in Manhattan for her defamation trial against the New York Times, tested positive for the virus the day her trial was set to start, a federal judge shared Monday. It is unclear what day Palin first tested positive.

Students, driver injured after crash between school bus and SUV in Saskatoon