Last summer, after generations of silence and denial, the city of Tulsa, Okla., began excavations in search of the graves of victims of the 1921 Tulsa Race Massacre. Nearly a century had passed since a mob of white Tulsans violently invaded the prosperous Black neighborhood of Greenwood, overcoming a vigorous defense by some residents, killing and rounding up Black Tulsans en masse and burning much of the neighborhood to the ground.

The first site that was excavated, in a part of the city’s Oaklawn Cemetery, turned up no evidence of a mass grave. But in October, the remains of at least 12 people were discovered in a mass grave in what was once the Black potter’s field within Oaklawn. At the beginning of June, the research team returned for more extensive searching. On Tuesday, they announced that evidence of at least 15 more coffins had been found, though whether any of them were connected to the massacre has yet to be determined.

What have they found?

The mass grave that was discovered in October is in a part of Oaklawn Cemetery that has been called the “Original 18” area, based on contemporary accounts that 18 Black victims of the massacre — 13 of whom were identified by name on a funeral home ledger — were buried somewhere in the cemetery. 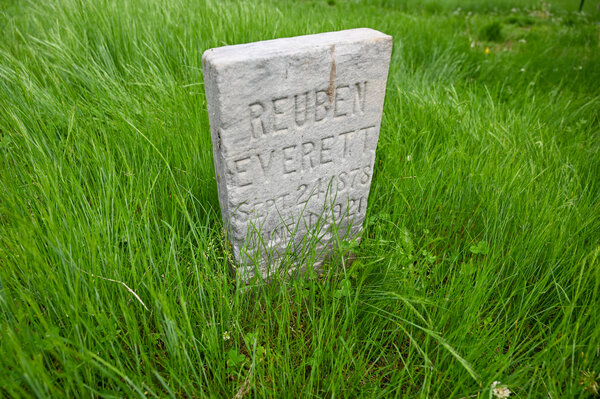 Researchers excavating the site found the wooden coffin of a woman, along with a metal coffin plate that said “At Rest.” Searching in the same area, they soon discovered 11 other burials, “based on the outlines of wooden coffins, casket materials (e.g., handles, wood fragments, possible face plate glass, etc.), some inadvertently exposed human remains” and other indicators. They also found a set of stairs buried in the soil, further evidence of a mass grave.

The team began expanding their work when they returned early this month, and on Tuesday announced that the remains of another 15 people had been discovered within the boundaries of this mass grave.

How confident are they that these are massacre victims?

At this point, very little is known about the remains, including race or cause of death. Kary Stackelbeck, Oklahoma’s state archaeologist, said at a news conference on Tuesday that they were working with “multiple hypotheses” about the mass grave, including the possibility that some may be victims of the 1918-19 flu pandemic.

“We have to remain cautious and not get too ahead of ourselves in terms of our interpretations,” she said.

Still, there were strong reasons to suspect that the mass grave was for victims of the 1921 massacre, given the documentary evidence.

How do they actually figure this out?

After the remains are extensively documented in place, they will be put in body-length cardboard boxes, draped in black velvet cloth and walked to an on-site laboratory for analysis.

In a March presentation to the committee overseeing the project, Phoebe Stubblefield, a forensic anthropologist from the University of Florida who is part of the research team, said there may be circumstantial evidence, such as signs of traumatic injury or the presence of bullet fragments, that would suggest that the recovered remains were massacre victims.

In that same meeting, Ms. Stackelbeck said that if these were flu victims, there may be evidence such as pins from hospital gowns. Small clues like these would help researchers make larger conclusions about the grave.

Ms. Stubblefield said she initially supposed that a high proportion of male bodies in the mass grave would be evidence that these were riot victims. But she said she had reconsidered that after studying historical accounts of the massacre. “We’re talking about pillagers; these are the worst kind of pirates,” she said. “I would expect there to be women, too.”

Will they be able to determine actual IDs of the bodies?

This is unclear. In her presentation in March, Dr. Stubblefield said that they had found “well-preserved” teeth and bone fragments, but that the quality and quantity of the DNA would not be known until the remains were tested. If the remains did yield useful forensic evidence, next of kin who could provide comparative DNA samples — ideally grandchildren or great-grandchildren — would need to be tracked down. The whole process, she said, could take months or longer.

In a committee meeting in April, a forensic science expert proposed that if DNA samples were found to be sufficiently intact, some next steps could include working with a genealogist or issuing an open call for probable descendants to submit samples.

What will happen to the remains?

Immediately after the remains are analyzed, they will be reburied, with markers this time, in Oaklawn Cemetery. If they are found to be victims, there is widespread agreement that they should not stay there permanently, especially since they would be sharing a final resting place with prominent Tulsans who actively participated in the massacre.

While plans are still being discussed, Kavin Ross, the chair of the oversight committee, said many in the community wanted the remains of victims to be reburied in Greenwood, possibly at an already existing memorial park. Along with reparations for survivors and descendants, the reburial of any found remains at a memorial was one of the five recommendations made 20 years ago by the state Tulsa Race Riot Commission.

Where will they be looking next?

Three potential mass grave sites were identified in the commission’s 2001 report, and since October 2019 ground-penetrating radar has been used at two of them — including Oaklawn, where anomalies that were detected prompted excavations. Michelle Brooks, spokeswoman for the city, said investigators expected to use radar at the third site, a privately owned cemetery, sometime this month.

No one knows how many victims could ultimately be found. Fewer than 40 death certificates were issued for massacre-related deaths, but some historians have estimated a toll as high as 300. Over the decades, rumors and reports have been passed down of bodies thrown down mine shafts or dumped into the Arkansas River, making a definitive count elusive. But leaders of the search say they will keep looking.

“We know there are needles,” Mr. Ross said. “We just need to find the right haystacks.”

Angry bison charges at girl, 9, tossing her high into air at national park