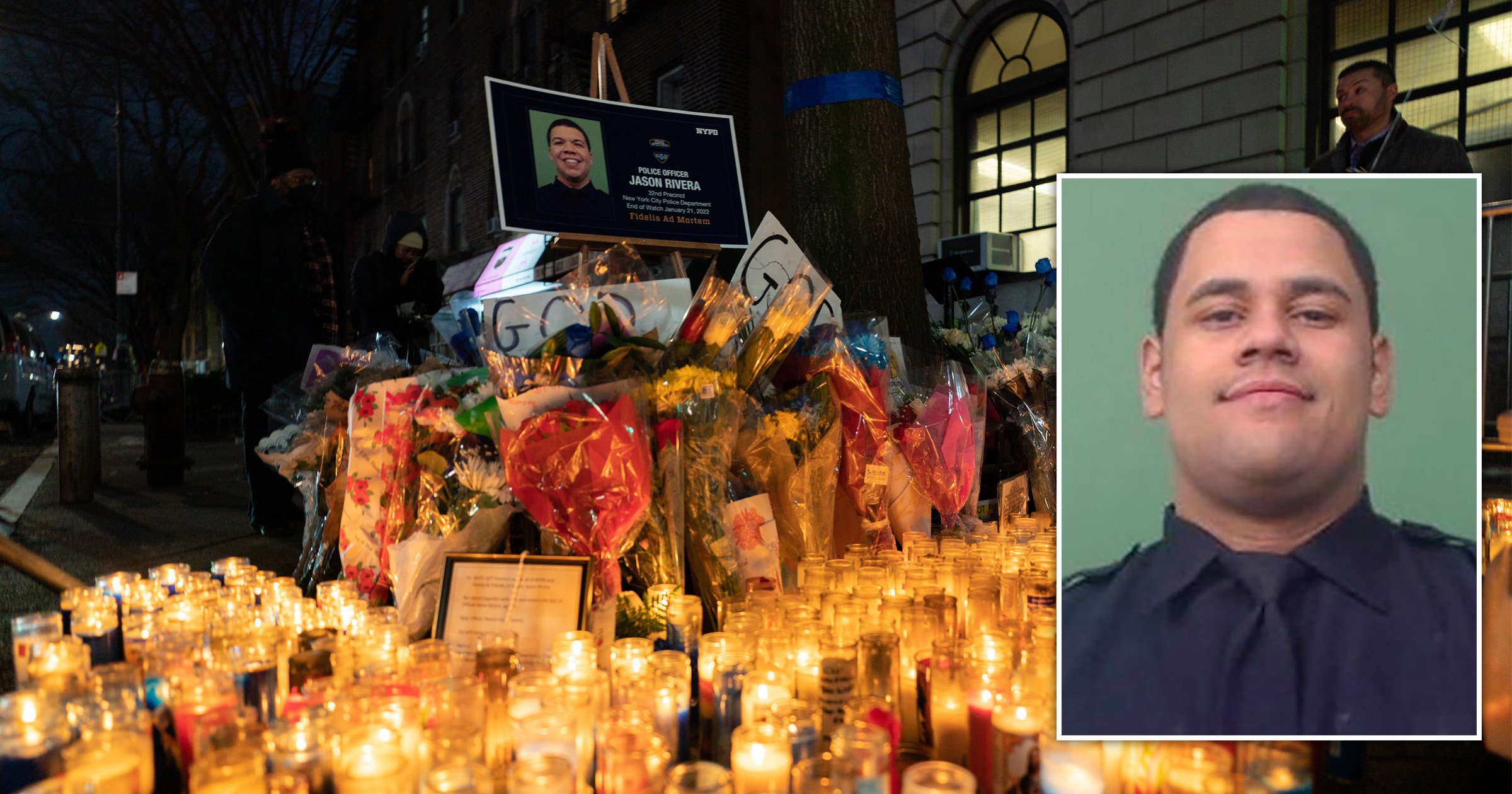 Officer Wilbert Mora, 27, had been in critical condition since the fatal shooting Friday evening, which took the life of his police partner, 22-year-old Jason Rivera. The officers responded to a domestic disturbance call made by a woman in Harlem who said she needed help with her adult son.

‘It’s with great sadness I announce the passing of Police Officer Wilbert Mora,’ Sewell said in a tweet. ‘Wilbert is 3 times a hero. For choosing a life of service. For sacrificing his life to protect others. For giving life even in death through organ donation. Our heads are bowed & our hearts are heavy.’

Mora entered the police academy in October 2018 and was assigned to Harlem’s 32nd precinct since November 2019. Over the weekend, both police officials and New York City Mayor Eric Adams, a former police captain, described the struggle Mora faced in the hospital.

Two days after being transferred to NYU Langone Medical Center Mora fell to his injuries.

Rivera and Mora’s deaths are the first police line of duty fatalities in New York City in 2022, and were the second and third officers to be shot in less than a week during a time where gun violence in the city is on the rise.

The gunman, Lashawn J McNeil, threw open a bedroom door and shot the officers as they walked down a narrow hall, police authorities said.

While the initial shooting is still under investigation, police said McNeil had a handgun with a high-capacity magazine that had been stolen years ago in Baltimore, Maryland.

After searching his apartment over the weekend they also found a loaded semi-automatic rifle under his mattress.

McNeil’s mother said she was trying to convince her son to get help for mental health issues and that she wouldn’t have called 911 had she known he was going to use violence against the officers.

‘If I knew, I never would have made the phone call,’ his mother, Shirley Sourzes told the New York Post.

On Monday, Adams unveiled what he called his ‘Blueprint to End Gun Violence.’

Having run his mayoral campaign on the promise that he would curtail gun violence in the city, Adams’ plan includes searching travelers for illegal guns, getting courts moving after pandemic shutdowns and pushing lawmakers to give judges more leeway in holding potentially violent defendants without bail.

The U.S. Parts With Some of a Vaccine Stockpile It Currently Can’t Use