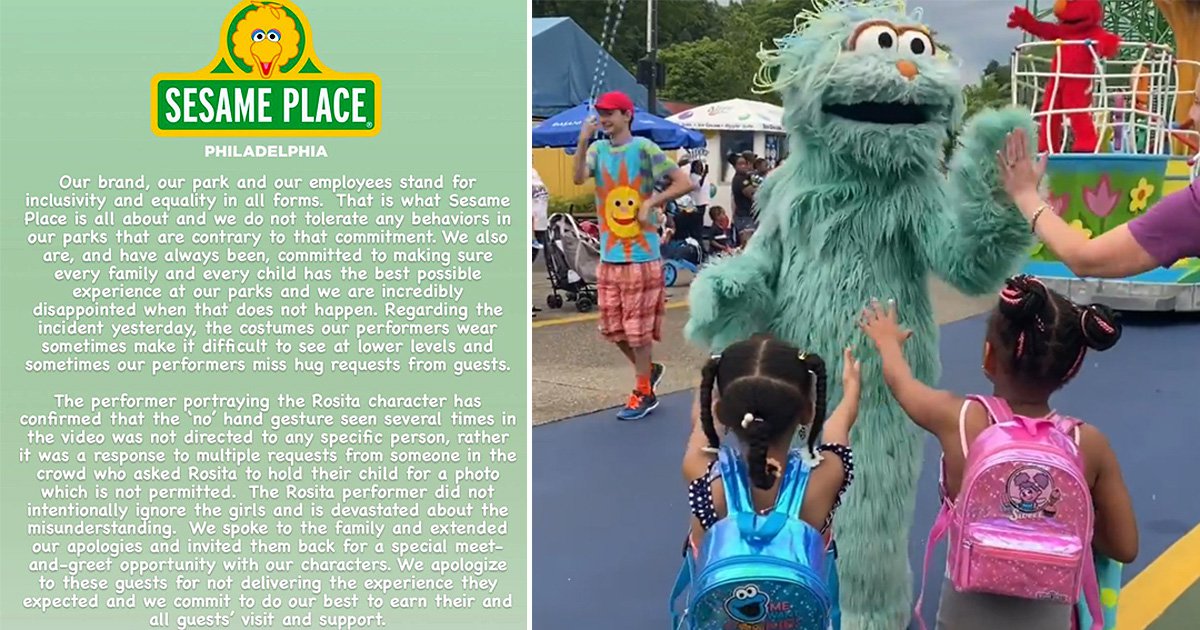 Sesame Place employees will soon be required to take diversity and inclusion training — a move that comes as the park faces a $25 million class-action lawsuit over alleged incidents of discrimination that were captured in viral videos.

The Sesame Street theme park said in a statement Tuesday that all its staff would have to partake in training to address bias, prevent discrimination and promote equity.

The park, which is operated by SeaWorld Parks, in a statement Tuesday said it has enlisted national experts to provide a ‘comprehensive racial equity assessment, the development and implementation of an anti-bias training and education program, and enhancements to ensure a best-in-class diversity, equity and inclusion.’

News of the training comes after a video was shared online last month that appeared to show a Sesame Street character ignore two young black girls during a parade.

Jodi Brown, the mother of one of the girls, had shared the video to Instagram and it quickly went viral, stirring up outrage toward the park.

The character involved, the bilingual Muppet named Rosita, has since slowly been removed from the park altogether following the controversy, according to a report by the DailyMail.

The lawsuit claims that other black guests were also treated as such by the costumed characters, who were accused of ignoring black children ‘while openly interacting with similarly situated white children.’

Performers dressed as classic Sesame Street characters ‘Elmo,’ ‘Ernie,’ ‘Telly Monster,’ and ‘Abby Cadabby’ all refused to engage with the Burns family and ignored all other black guests in the park, the lawsuit claims.

The theme park has issued several apology statements, the first explaining the character had difficulty seeing in the costume and had been gesturing ‘no’ to a parent who was asking them to hold a child for a photo, which isn’t allowed.

In a second statement, the park said it would review the lawsuit and ‘are committed to deliver an inclusive, equitable and entertaining experience for all our guests.’

More Than 1,300 Flights Canceled as Winter Storm Bears Down on Southeast