Home » Americas » Several states swiftly pause the use of Johnson & Johnson’s vaccine after a federal advisory. 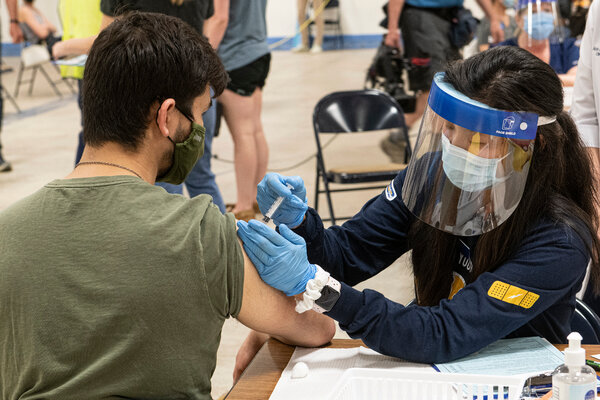 By Eileen Sullivan and Michael Gold

Several states quickly followed the call from federal health agencies on Tuesday to pause the administration of Johnson & Johnson’s vaccine after six women in the United States developed a rare disorder involving blood clots within one to three weeks of vaccination.

CVS and Walgreens, the nation’s largest retail pharmacy chains, also said that they would immediately stop Johnson & Johnson vaccinations. Both companies said they were emailing customers whose appointments would be canceled and would reschedule appointments when able.

Gov. Mike DeWine of Ohio and the state’s chief health official said they were advising all state vaccine providers to temporarily halt use of the single-dose vaccine. Connecticut health officials said they told vaccine providers to delay planned appointments or give an alternative option if they had the supply. New York’s health commissioner, Dr. Howard Zucker, said the state would stop using the Johnson & Johnson vaccine while the Food and Drug Administration and the Centers for Disease Control and Prevention evaluate the safety risks.

The C.D.C.’s outside advisory committee of independent experts has scheduled an emergency meeting for Wednesday.

The White House on Tuesday said that the pause will not have a significant effect on the country’s vaccination campaign, which has accelerated in recent weeks as a rise in new virus cases threatens a fourth possible surge. Many states have already opened vaccination eligibility to all adults and others plan to by next week.