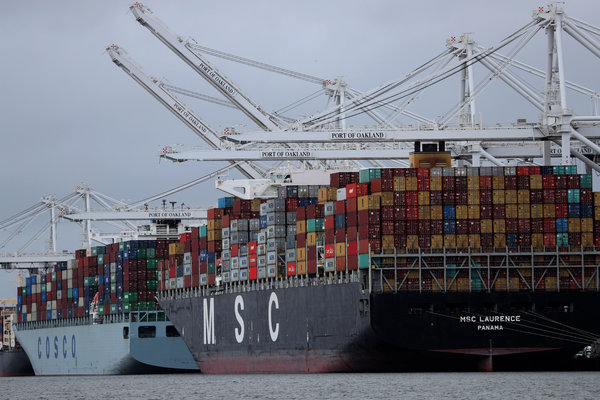 The clunker of a report on job growth that the Labor Department published Friday morning is telling us something we should have already suspected.

Specifically, that recent blockbuster readings on U.S. job creation were a little too good to be true. American employers, while still adding to their payrolls, have not been on the epic hiring spree previous reports had suggested.

So while the mere 20,000 jobs added in February (the lowest number since September 2017) is a big disappointment, compared both with what economists had forecast and with recent hiring numbers, it’s useful to think of it is as a corrective to some of the more buoyant possibilities the same data series in late 2018 and January 2019 had been pointing toward.

Essentially, two of the last four months’ hiring numbers (October and January) may have been statistical aberrations on the high side, and the terrible February number is most likely an aberration on the low end, pulling the average over the last few months to something more realistic, given where things stand in the decade-old economic expansion.

With a single report, the six-month average rate of job growth has fallen to 190,000 from 234,000. That lower number is a better fit with everything else we know about the state of the economy — particularly a 3.8 percent unemployment rate and lots of anecdotal reports of scarce workers. Businesses can’t add people to the payrolls who don’t exist.

Add in the ample evidence that the overall rate of growth is shifting down as trade wars continue to disrupt industries and the impact of tax cuts fade, and a more modest rate of job creation makes sense.

So job growth in the sub-200,000 a month seems a lot more plausible as the kind of job growth we’re likely to see in the rest of 2019 — and yet more deceleration is a strong possibility.

If you take that relatively Zen view of the job creation numbers, there’s an awful lot else to like in the February numbers. Average hourly earnings rose 3.4 percent over the last year, the strongest in a decade. A broader measure of joblessness that captures people who are working part time but want full-time work plunged to 7.3 percent.

And the unemployment rate fell to 3.8 percent, from 4 percent, for benign reasons. More people were working and fewer were unemployed. The proportion of adults in the work force held steady, not improving further but also not giving back recent gains.

Essentially, the labor market is finally working the way we want it to, with most of the people who want a job getting one and employers finding the need to raise pay to get those increasingly hard-to-find workers.

This is a tricky report for the Federal Reserve, however. It certainly makes its January decision to put interest rate increases on indefinite hold look like a good one. The lower trend rate of job growth implied by the new number fits the story of a slowdown in the economic expansion over all.

But the wage numbers and falling unemployment rates both point to a tight job market that could create inflation pressures down the road. The central bank’s chairman, Jerome Powell, has indicated that faster wage growth doesn’t alarm him — and there’s a good substantive case that the Fed should be cheering on faster wage growth, unless it shows clear signs of creating an outburst in overall inflation.

But if the February trend continues, it will be a test of those convictions, and the voices arguing the Fed needs to resume its campaign of rate increases will become louder.

Soft job growth numbers aren’t something to fear at this level of unemployment. So long, that is, as that weak February number remains a one-time corrective to the recent trend and not the start of something a lot worse.

Neil Irwin is a senior economics correspondent for The Upshot. He previously wrote for The Washington Post and is the author of “The Alchemists: Three Central Bankers and a World on Fire.” @Neil_Irwin • Facebook