Home » Americas » She Was Forced to Give Birth in Handcuffs. Now Her Case Is Changing Police Rules.

After a pregnant woman went into labor in a Bronx holding cell last year, she arrived at a nearby hospital in handcuffs and shackles, and on the brink of losing her unborn daughter.

New York State law prohibits shackling pregnant prisoners during labor and delivery, but the police accompanying the woman left her in chains anyway.

They said they had to follow the rules in the department’s Patrol Guide, which called for her to be secured. She labored in shackles and, with one arm handcuffed to the bed, delivered a nearly eight-pound baby.

Now, after a lawsuit, the New York Police Department is updating its rules.

The city agreed this week to pay the woman $610,000 to settle her claim that her treatment was inhumane and violated state law. The city denied wrongdoing, but the case prompted the Police Department to revise the Patrol Guide procedures for handling pregnant women.

“No woman should ever have to go through the traumatic experience that I went through,” the 28-year-old woman said in a recent interview. Her name is being withheld because her lawsuit was filed in Manhattan federal court as Jane Doe.

Deputy Commissioner Phillip Walzak, a department spokesman, said in a statement that the policing manual would be amended “to better address safety and medical concerns” while balancing safety needs.

Shackling pregnant women is legal across much of the United States. But more legislatures are curtailing the practice as lawmakers heed warnings from doctors and researchers who say it poses potentially life-threatening risks to pregnant women and the unborn.

Dr. Carolyn Sufrin, an obstetrician-gynecologist at Johns Hopkins Medicine who studies pregnancy among incarcerated women, said the New York Police Department’s change in policy was an important acknowledgment that there were places outside of jails and prisons where a pregnant woman in custody might be placed in restraints. However, she warned that a change in policy would not be effective unless it was accompanied by training.

“It’s about making sure that all of the people who might encounter a pregnant person in custody know what the laws are,” she said. “But they also have to know why and how to implement it.” 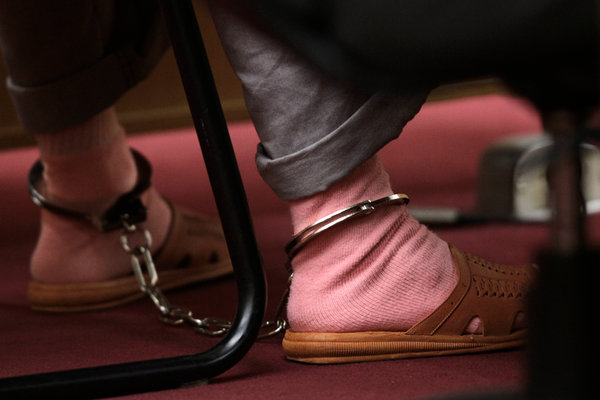 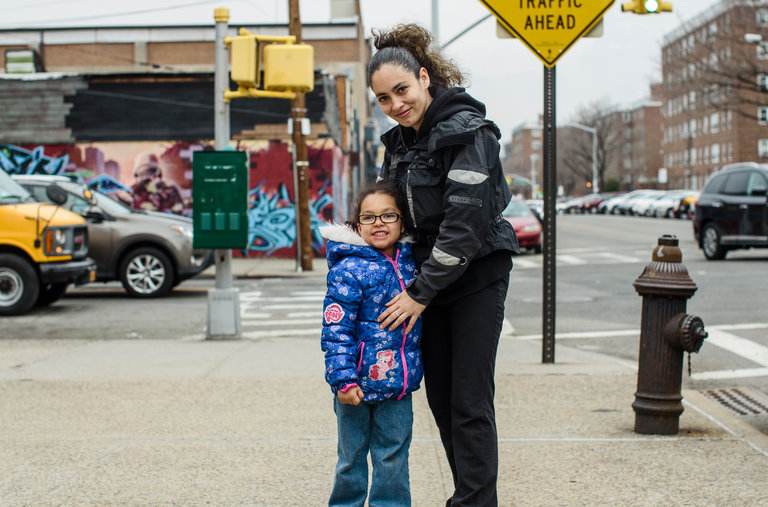 Nationwide, there is no complete data about how many pregnant women are arrested, jailed or imprisoned each year. However, a recent survey conducted by Johns Hopkins Medicine found that at least 1,400 pregnant women were admitted to federal and 22 state prison systems in 2016 and 2017. New York declined to participate, citing a lack of staff to compile the data, Dr. Sufrin, the lead researcher, said.

Last year, Congress banned shackling in federal prisons and in the custody of the United States Marshals Service. This year, Georgia and Utah joined New York and at least 27 other states in adopting or expanding laws limiting the use of restraints on pregnant inmates. South Carolina is weighing a ban, while Tennessee rejected a similar proposal.

Some of the anti-shackling laws only limit the use of restraints on pregnant women during labor and delivery, while laws like the one in New York prohibit their use during transport at any stage of pregnancy and for several weeks postpartum. Nearly all of the laws make exceptions if a woman is a flight risk or a threat to herself or others.

Michele Goodwin, a chancellor’s professor of law at the University of California, Irvine, said that while the bans were well intentioned, they had been undercut by a lack of accountability that enabled the practice to persist.

“For the most part,” she said, “states that have banned the shackling of pregnant women haven’t bothered to go back and form commissions to see whether or not they are doing so.”

In the Jane Doe case, the attending physicians said in pretrial testimony that they were outraged by the police officers’ actions, and that they later used the case to teach other medical residents how to advocate for patients, one of her lawyers, Katherine Rosenfeld, said.

A lawyer who represented the doctors said it was the hospital’s policy to decline to comment on its cases.

“I think it was very upsetting for doctors to have to see this and witness this, so their testimony was very powerful,” said Ms. Rosenfeld, a partner at Emery Celli Brinckerhoff & Abady.

A doctor referred to Jane Doe in an internal hospital document urging health care providers to educate themselves on the state’s anti-shackling law and to beware that their own biases can be triggered by seeing a patient in handcuffs, according to a copy provided by Ms. Rosenfeld.

On a recent afternoon, the daughter to whom Jane Doe gave birth during the February 2018 ordeal wobbled around a small room inside a Bronx law office drumming a wooden table. Her mother cradled the girl’s sleeping two-month-old brother.

The woman said she was glad that her lawsuit would help to prevent other people from sharing an experience that had left her struggling with nightmares and a fear of the police. She said she had no plans to tell anyone in her family or inner circle what happened to her, and she said she does not want her daughter to know how she was born.

“That’s a private moment, and that should be a moment where a mother should be happy and safe to give birth to her child and not go through what I went through where it wasn’t safe at all,” she said.

When the Judge Became the Defendant