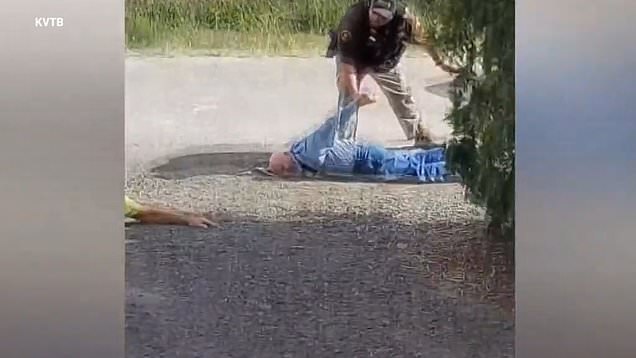 A sheriff’s deputy tased a 78-year-old man, causing him to fall to the ground and bloody his face. The incident was captured on video by the elderly man’s grandson, who yelled at deputies that the victim had a ‘failing liver’ and a ‘failing kidney’.

It all started when a truck driver on Interstate 84 in Idaho called authorities to report that the elderly man, John Hall, was having a road rage episode and had a gun.

‘It all went downhill from there,’ Gooding County Sheriff Shaun Gough told MagicValley.com.

‘Deputies responded, Mr Hall was subsequently tased, and we’re in the middle of investigating all that,’ said Gough, according to KMVT. 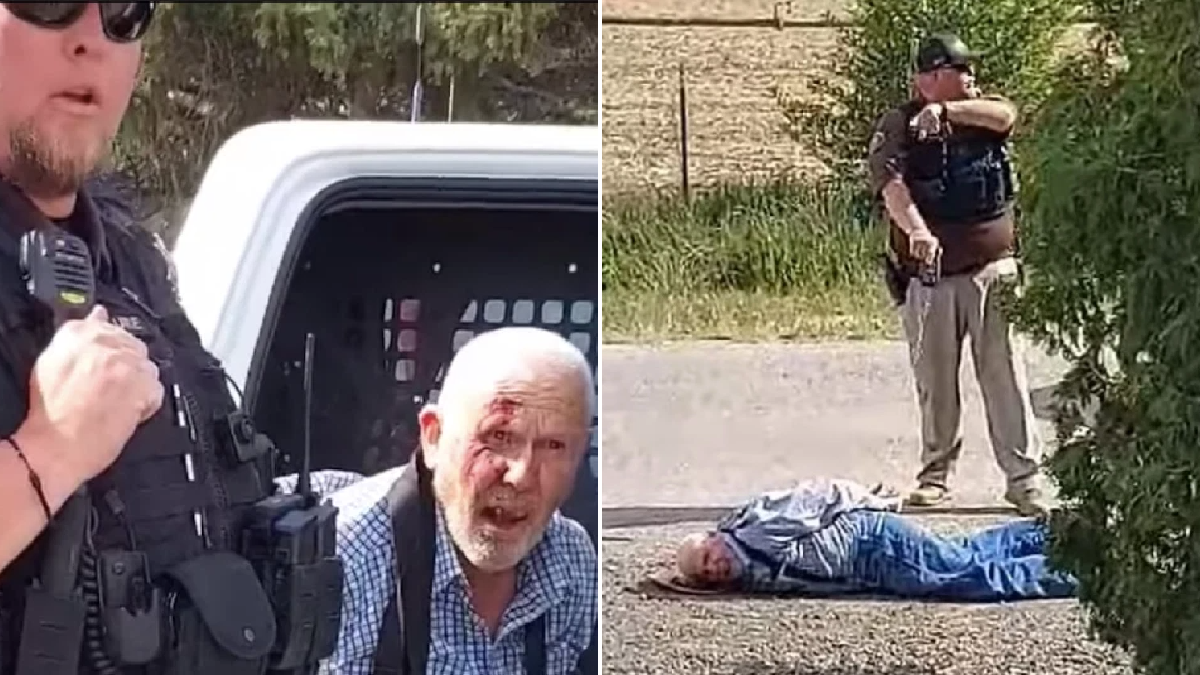 The victim’s grandson Anthony Hall recorded the arrest a few minutes in. John was already on the ground with his hands in handcuffs around his back. A deputy carried a Taser that had already been used and appeared attached to John’s body.

Anthony could be heard telling the deputies that his grandfather was ‘an old man’ and that he ‘didn’t do anything’. The grandson claimed that he suffered from a ‘failing liver’ as well as a ‘failing kidney’.

At the end of the clip, John, with his face covered in blood, could be seen being taken into a patrol car with the waistline of his pants almost down to his knees.

The deputy, who has not been identified, was suspended with pay and the May 27 incident is under investigation.

In a Facebook post on Saturday, Anthony said that his grandfather’s health had ‘taken a turn’ and that the family called an ambulance.

‘He is having violent muscle spasms from his spine to his legs,” Anthony wrote. ‘His cries and moans fill me with absolute rage towards what that officer did.’