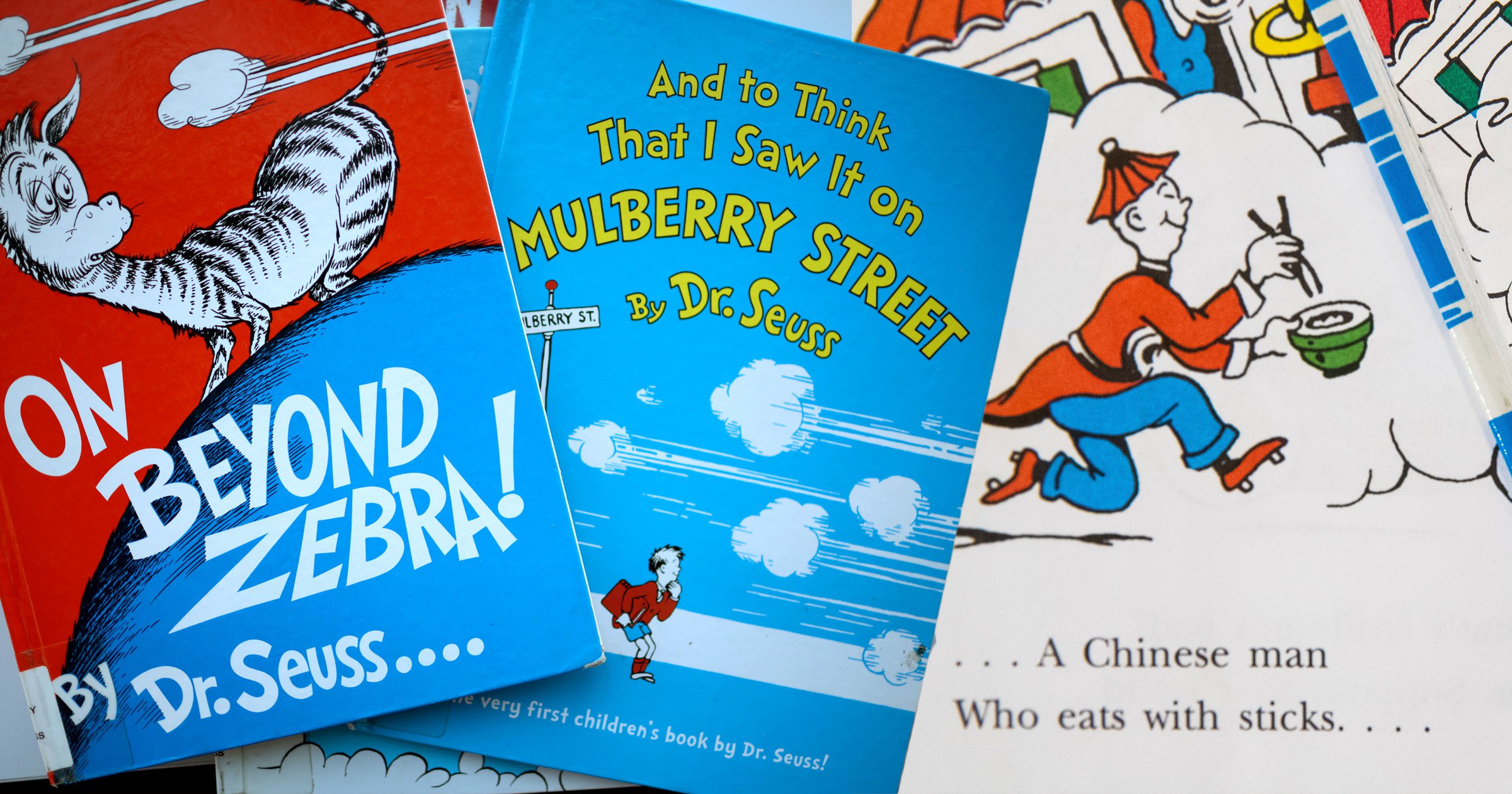 Six children’s books written and illustrated by Dr Seuss will stop being published due to concerns of racial stereotyping.

Dr Seuss Enterprises, the entertainment company that maintains his legacy, will cut And to Think That I Saw It on Mulberry Street, If I Ran the Zoo, McElligot’s Pool, On Beyond Zebra!, Scrambled Eggs Super!, and The Cat’s Quizzer.

The business made a statement yesterday, on the anniversary of the deceased author’s birthday, saying: ‘These books portray people in ways that are hurtful and wrong.’

Among the characters insensitively depicted are a Chinese character with lines for eyes who carries chopsticks, and two men from Africa that are shirtless wearing grass skirts.

The firm came to its conclusion after collaborating with a panel of experts including teachers, specialists and academics to review the work of the author.

‘Ceasing sales of these books is only part of our commitment and our broader plan to ensure Dr Seuss Enterprises’s catalog represents and supports all communities and families,’ the company added.

The day would have marked the American’s 116th birthday. The author, whose real name was Theodor Seuss ‘Ted’ Geisel, was born in 1904 and died of cancer in 1991.

He wrote and illustrated more than 60 books that sold over 600 million copies around the world.

Cat in the Hat, Green Eggs and Ham and Horton Hears a Who! are some of his most recognisable titles.

Forbes listed Dr Seuss as the second highest-paid dead celebrity of 2020, mostly due to the sales of his books but also because of the film and TV deals.

The author’s work has come under increasing scrutiny for its portrayal of certain stereotypes.

Dr Seuss Enterprises said it made the call to keep up with its mission of ‘supporting all children and families with messages of hope, inspiration, inclusion, and friendship’.