Please sign up here to have the Race/Related newsletter delivered weekly to your inbox.

Every year I send Christmas cards. A little bell goes off in my head reminding me to write greetings to friends, family and colleagues, wishing them well for the holidays and the new year. Often my messages are rather dull and unoriginal, I’ll admit. But I always spend a little more time when writing the card to my older brother.

I actually send him two cards. One goes to the prison that he is in. The other, which includes a cashier’s check, goes to a lockbox in a different state for his commissary. It never gets any easier to write to my brother at this time of year, or to fully take in how such a small act of kindness can mean so much to someone who feels so forgotten and alone.

I thought about my brother while reading the news this week about the First Step Act, a criminal justice reform bill that, after months of stalling, Senator Mitch McConnell, Republican of Kentucky and the majority leader, finally agreed to put up for a vote before Christmas. It has bipartisan support and, as the name suggests, is by no means comprehensive. 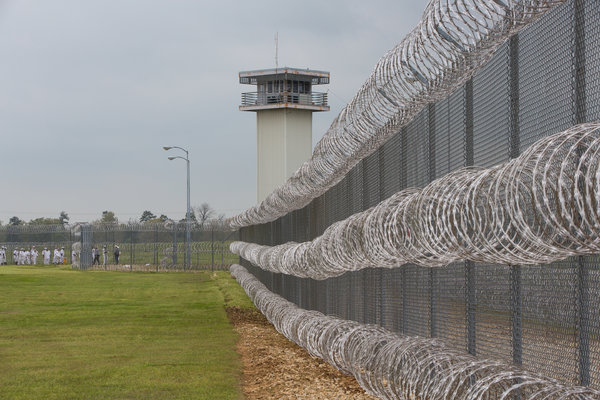 The bill offers more incentives for early release, reduces mandatory sentencing for nonviolent crimes and expands programs that aim to prevent inmates from reoffending. One of its major boosters is the president’s son-in-law, Jared Kushner, whose father, Charles Kushner, spent time in prison for tax evasion, among other crimes. Others who lobbied for the bill included former prisoners and those who have relatives behind bars.

Of course, when we think about criminals in prison, we don’t often see the faces of people like Charles Kushner. We see people like my brother, a black man who made a series of bad choices with untold consequences. Mass incarceration in the United States can seem abstract to many of us, but if you are black it often feels embedded in our society, and as the documentary “13th” by Ava Duvernay suggests, it can be linked to slavery.

In my letters to my brother, I usually urge him to keep his head up, and remind him that there is a life waiting for him on the outside. Not too long ago, politicians seemed to compete with each other on who would lock people up the longest, but that seems to be changing — just a little.

“We made some decisions 25 years ago here that were wrong,” said Senator Richard J. Durbin, Democrat of Illinois and one of the authors of the bill. “We imprisoned thousands of people, mainly African-Americans, for sentences that made no sense in light of their crimes. What we have tried to do is repair that damage and be smarter in the way we sentence.”

Some of that damage can never be repaired. But what a shame it would be if that stopped any of us from trying.

For more coverage, see our archive and sign up here to have Race/Related delivered weekly to your inbox.

Lauretta Charlton is an editor on the National Desk and the editor of the Race/Related newsletter. She was previously a news editor at The New Yorker and a music columnist at New York magazine. @laurettaland