The expansion of Medicaid is an effort to address the highest maternal death rate among wealthy nations. 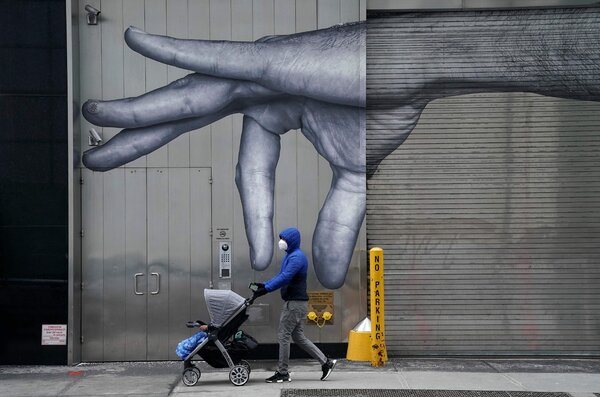 It’s easy to overlook amid the hundreds of pages of the $1.9 trillion stimulus plan President Biden signed into law Thursday, but a short section aims to combat America’s maternal mortality crisis by expanding health coverage for new mothers.

The United States has the highest rate of maternal deaths in the industrialized world. A third of those deaths happen after delivery, when a significant share of American women experience a gap in coverage.

Under current law, all states provide Medicaid coverage to low-income women who are pregnant. More than 40 percent of babies born each year in the United States are to mothers enrolled in the public health program.

But coverage runs out 60 days after delivery, causing many women to become uninsured shortly after giving birth.

The American Rescue Plan will let states extend Medicaid coverage for a full year, and provides federal funding to do so. As with the enhanced child tax credit, expanding postpartum Medicaid is another stimulus policy that bolsters the safety net supporting low-income parents in the United States

“Illinois has one of the highest maternal death rates for Black mothers, which is very concerning to me,” said Senator Tammy Duckworth, Democrat of Illinois, who has written legislation calling for this policy change. “These are also communities that have been especially hard hit by the pandemic.”