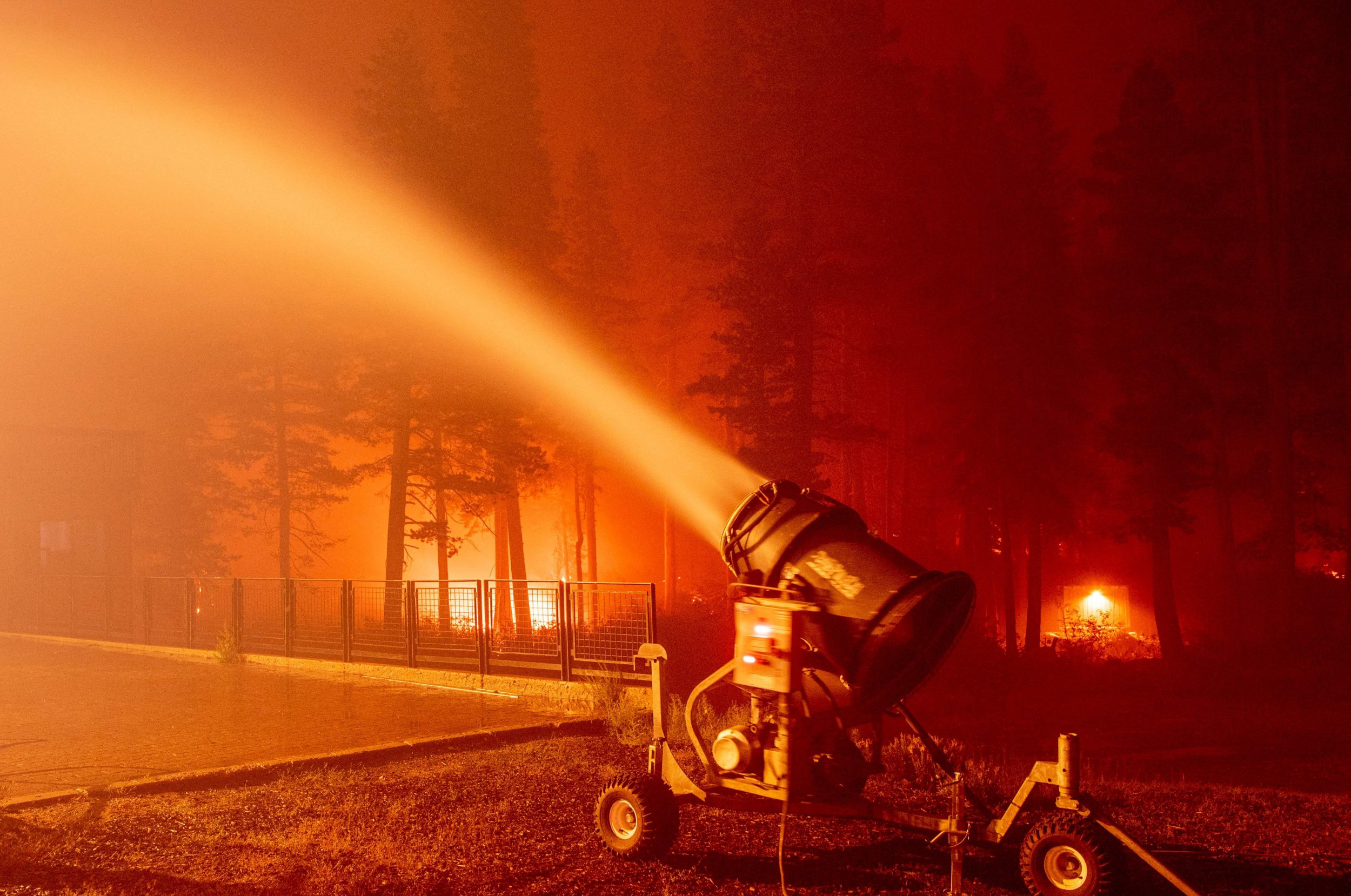 The mountains of Sierra-at-Tahoe ski resort turned orange today with trees up in flames, as firefighters desperately tried to battle the disaster and stop it progressing further.

One of the images shows how a show cannon was used to try and control the fire, while others showed the burning forest behind a chairlift.

Some buildings were destroyed, but the main buildings at the base were still intact this evening.

Thousands of people have been evacuated from the area due to the Caldor Fire, which has been burning since August 14, spreading to 165,000 acres and destroying over 650 structures.

It is currently 14% contained and is just one of around a dozen fires this week with another, the Dixie Fire, becoming the second largest in state history.

There have been devastating fires in Turkey, Greece, and Russia recently too, while experts believe this year’s Amazon rainforest fires could be the worst yet, after deforestation rose 17% on 2020.

Nearly 43,000 Californians were under under evacuation orders last week and more than 500 households were in shelters due to the fires ravaging the north of the state.

More than 13,500 firefighters were working to contain the blazes which had destroyed hundreds of homes.

This evening, people were told to flee from a long section of the Lake Tahoe shoreline, including hospital patients who had to be moved out of Barton Memorial Hospital in the area.

Today, the flames reached the ski resort in Eldorado National Forest while photos also showed smoke in the air on the shores of Lake Tahoe itself.

The official Twitter account for the Sierra-at-Tahoe resort said: ‘As the #CaldorFire grows near, we’ve done everything we can to prepare.

‘We have so much gratitude for the firefighters and emergency crews working around the clock to get this thing under control.

‘Be prepared and stay safe out there!’

Some live webcams set up for people to view the resort were still operating, showing red and yellow smoky skies.

Jeff Marsolais, forest supervisor for El Dorado National Forest, said yesterday: ‘Today’s been a rough day, and there’s no bones about it.’

A few days ago, he had thought crews could halt the Caldor Fire’s eastern progress, but ‘it let loose’.

The US Department of Defense is sending 200 Army soldiers from Washington state to help firefighters in Northern California.

Eight Air National Guard and Air Force Reserve C-130 aircraft capable of dropping thousands of gallons of fire retardant also have been sent to fight wildfires in the West.

City of Ottawa fired 4 employees, 2 resign after tips to fraud hotline in 2018