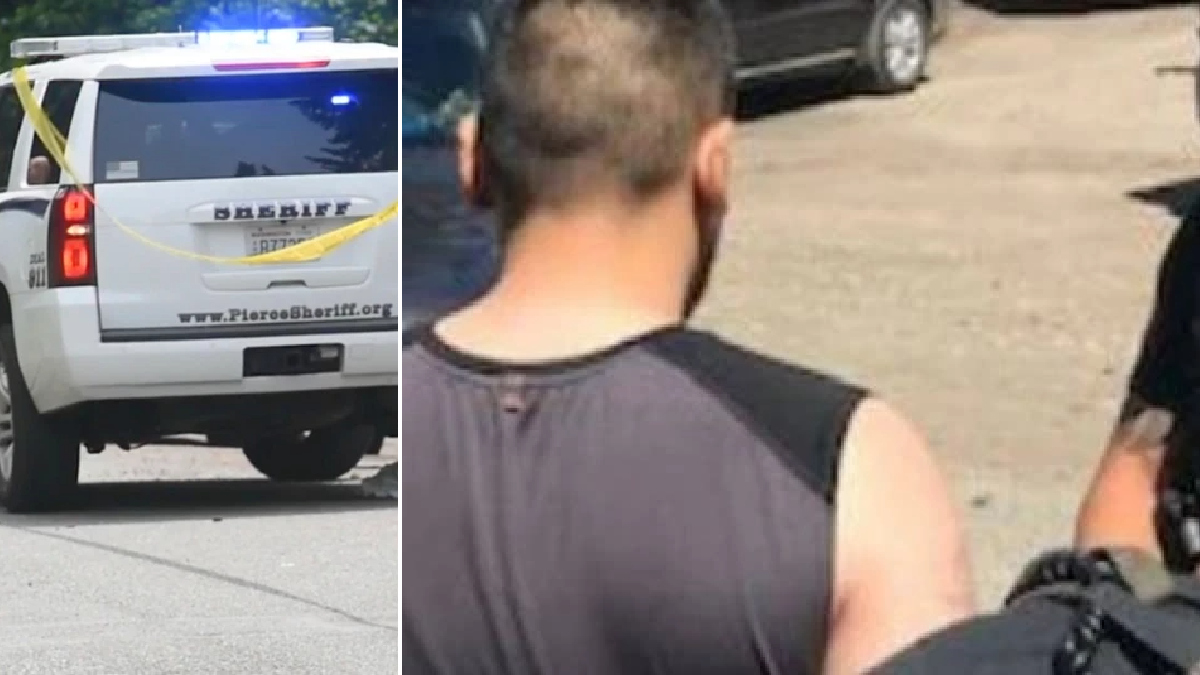 A man allegedly used at least a half dozen different weapons including a tree branch, a machete and drill to kill his mother and father. Zachary Rorvik, 29, is accused of killing Mark Steven Rorvik, 59, and his unnamed 61-year-old mother late last month.

Zachary walked to his parents’ home around midnight on May 30 and waited on their back porch for hours until he mustered the courage to enter because he was ‘pretty sure he was going to kill them’, according to Pierce County charging documents obtained by The News Tribune.

The son allegedly confronted his parents inside the house in Washington state and began to attack them. Zachary’s mother fought back and tried to push him out of the home, prosecutors said. In the process, Zachary stabbed her in the head and stomach and then turned on his father, the documents state.

It ‘appears that he used knives, scissors, a machete, a drill, a wheel chock and a tree branch to assault and kill his parents,’ stated the documents.

A neighbor reported hearing screams around 9.30pm on May 30, the court papers state. The witness reported seeing Zachary holding a machete as his father hid behind a car, and returned home to call 911 and grab a pistol.

The neighbor spoke briefly with the 911 dispatcher before trying to force Zachary to ‘stand down’, according to KSDK. The neighbor said he fired a warning shot at Zachary to try to scare him away and then tended to the father. But at that point, the witness heard screams from a woman inside the home.

Mark had puncture wounds on his head, neck and face and died later at a local hospital. Investigators reportedly followed a trail of blood from the mother and found her lying inside the house deceased. A blood-covered tree branch and machete were found close to her body.

Zachary was charged with two counts of first-degree murder and had a not guilty plea entered for him at his arraignment on June 1. He is due back in court on July 1 and his trial is set to start on July 21.