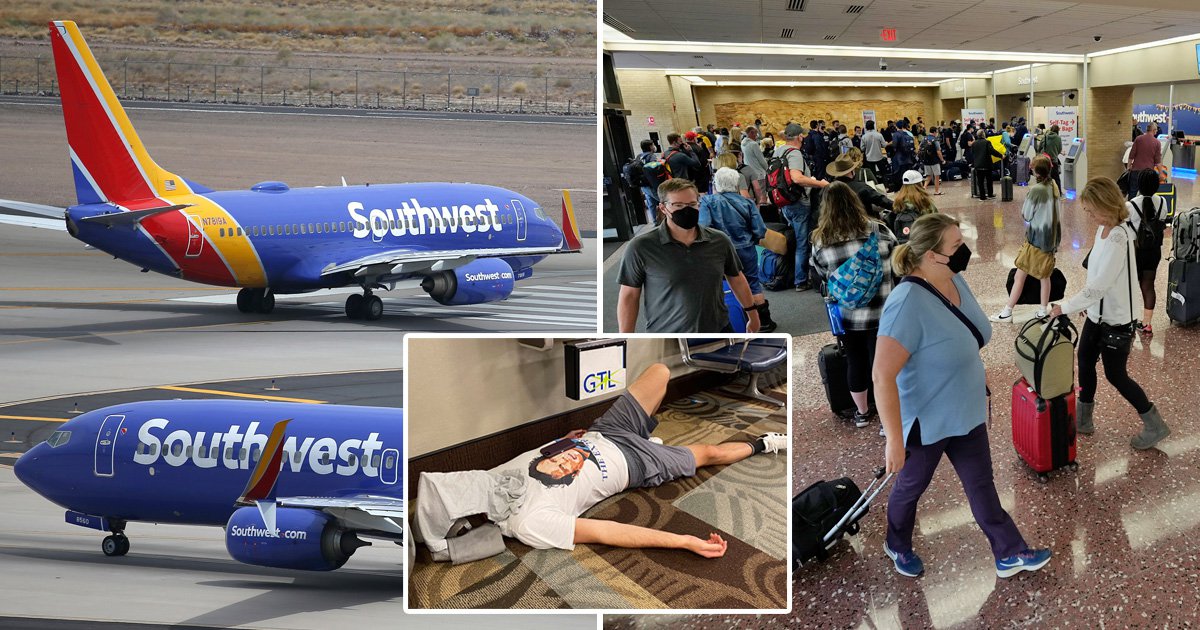 Southwest Airlines has canceled more than 2,000 flights since Friday, citing air traffic control issues and disruptive weather – not the company’s recent Covid vaccine mandate that sparked rumors of a pilot ‘sick out.’

The world’s largest low-cost carrier canceled three of every 10 departures it had scheduled on Sunday, only to cancel more on Monday, with one in 10 off the schedule so far, according to FlightAware.

It’s the highest cancellation rate of any major US airline by far, and has left thousands of passengers stranded at airports, waiting on long lines, sleeping on the floor or spending hours on hold trying to rebook their flights.

Speculation across the Internet that some pilots are calling in sick or refusing to work due to the coronavirus vaccine mandate that Southwest announced last week have been denied by the airline.

Employees were told they must get vaccinated before December 8 or face termination. The Dallas, Texas-based airline has approximately 56,000 employees.

The Southwest Airlines Pilots Association, the labor union, released a statement rejecting the theory being spread across Twitter by conservatives, including Texas Senator Ted Cruz, who tweeted it was ‘Joe Biden’s illegal mask mandate at work’.

‘No FAA air traffic staffing shortages have been reported since Friday,’ the FAA said.

Just two days before the cancellations began, a firm representing the pilots’ union asked a court to block the coronavirus vaccination requirement, which is believe to have been what sparked the rumor that a pilot ‘sickout’ was to blame for the troubles.

In a court filing, the association representing close to 10,000 pilots called on the airline to ‘cease and desist’ the mandate rollout before coming to an agreement on the matter with the union.

By Monday morning, Southwest was trending on Twitter, with dissatisfied customers and politicians voicing their disappointment with the airline’s handling of the situation. Many share speculation that the cancellations are due to staffing issues, the claim that Southwest Airlines has denied.

Adoption Groups Could Turn Away L.G.B.T. Families Under Proposed Rule

Experts discuss keeping up with skincare during the COVID-19 pandemic