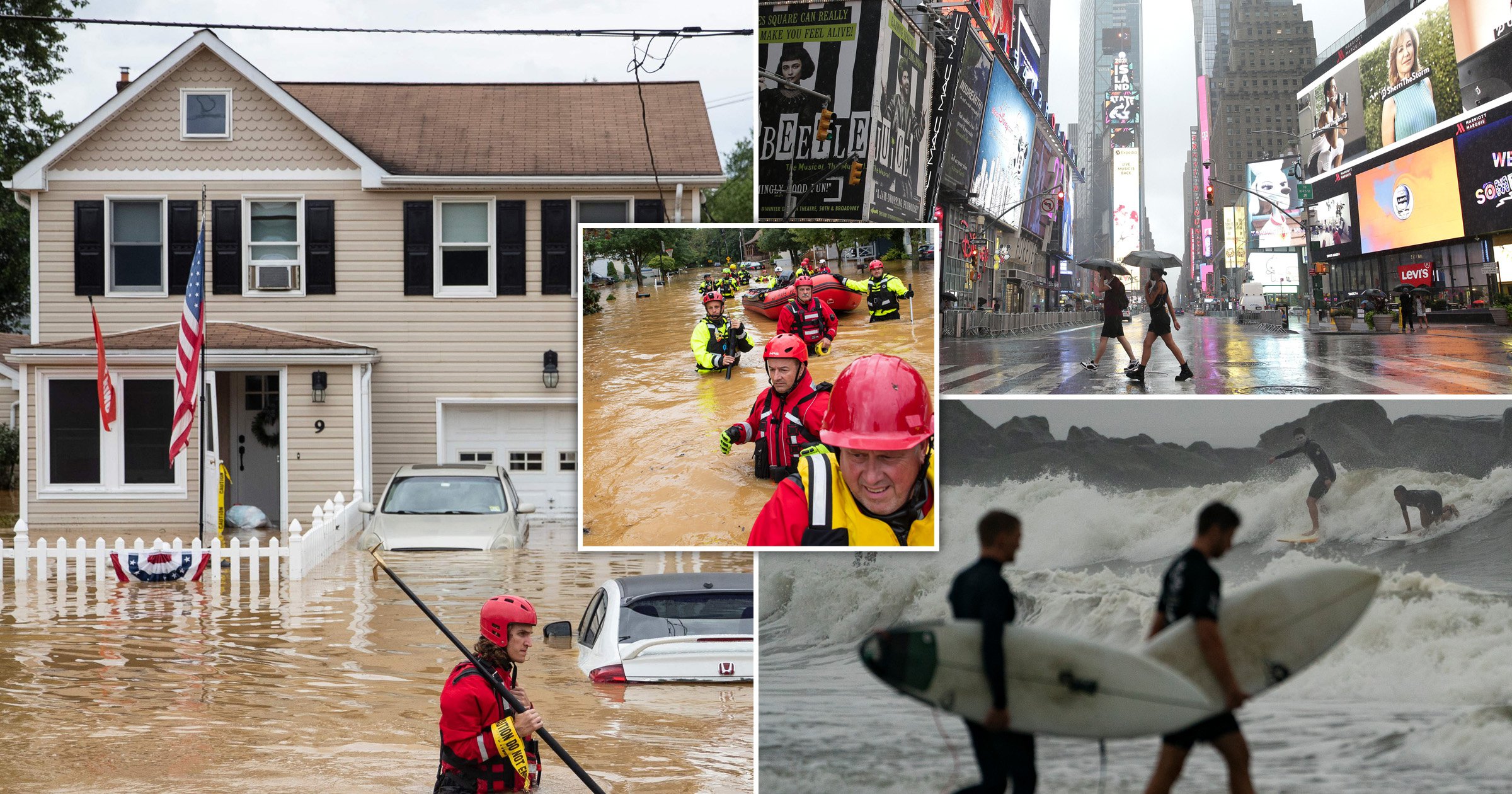 Storm Henri has made landfall in the US east coast, sparking flash flooding from New Jersey to Massachusetts and knocking out power to tens of thousands of homes.

Millions of people have been bracing for the weather front, which was downgraded from a hurricane to a tropical storm on Sunday morning – but is still set to batter the region with high winds and torrential rain.

New York and southern New England have been told to prepare for falling trees, lengthy power cuts and flooding from the storm system, which could remain over the region well into Monday.

Such ferocious storms are highly unusual for the region, with the far north east last being hit in 1991.

There were few early reports of major damage due to wind or surf, but officials cancelled flights and warned that localised flooding in inland areas is likely over the next few days.

The National Grid reported 74,000 customers without power in Rhode Island and more than 28,000 customers affected by cuts in Connecticut.

Several major bridges in Rhode Island, which connect much of the state, were briefly closed on Sunday, and some coastal roads were nearly impassable amid widespread flooding across the east coast.

In Newport, Paul and Cherie Saunders were riding out the storm in a home that her family has owned since the late 1950s.

Their basement flooded with five feet of water during Superstorm Sandy nine years ago.

Ms Saunders, 68, said: ‘This house has been through so many hurricanes and so many things have happened.

‘We’re just going to wait and see what happens.’

Rhode Island has been hit by hurricanes and tropical storms periodically – Sandy in 2012, Irene in 2011 and Hurricane Bob in 1991.

Meanwhile, New York – where a state of emergency has now been declared – has not had a direct hit from a powerful cyclone since Sandy.

While some of the most important repairs from that storm have been completed, many projects designed to protect against future storms in the city remain unfinished.

The city’s Governor Andrew Cuomo said that with the threat to Long Island diminishing, the state’s primary concern were inland areas like the Hudson River Valley, north of New York City, which was forecast to get torrential rain over the next few days.

On Saturday, a star-studded concert intended to celebrate New York City’s recovery from the coronavirus pandemic had to be called off halfway through as Henri approached.

Barry Manilow was singing Can’t Smile Without You in Central Park when heavy rain and lightning filled the sky.

His performance was interrupted by an announcement ordering concert-goers to immediately leave and seek shelter.

Across the region, experts are warning that the storm’s biggest threat is likely to come from storm surges and inland flooding, from heavy rain, with some of the highest totals expected inland.

Parts of New Jersey have already had to be evacuated because of flooding.

Some communities in central parts of the small state were inundated with up to eight inches by midday on Sunday. In Jamesburg, television video footage showed flooded city centre streets and cars almost completely submerged.

President Joe Biden declared disasters in much of the region, allowing more financial aid from the federal government.

It comes as at least ten people were confirmed to have died in record-breaking flash floods in Tennnessee, which devastated communities and left dozens missing.

US legislation on Hong Kong: What does it mean?