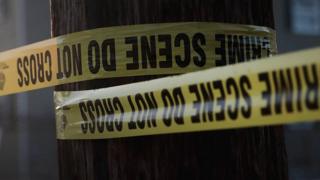 A pregnant teenager has been found dead in Chicago three weeks after her baby was cut from her body, police say.

Marlen Ochoa-Lopez, 19, was found strangled behind a house where she is alleged to have been lured to collect free baby clothes on 23 April.

The baby boy, who is in critical condition, was taken to hospital the day she disappeared after a 46-year-old woman claimed to have given birth.

DNA tests have now revealed Ms Ochoa-Lopez is the mother.

Ms Ochoa-Lopez, whose surname has also been reported as Ochoa-Uriostegui, was nine months pregnant when she went missing.

On the same day, paramedics were called to the address in the south-west of the city to attend to a newborn with breathing problems. According to the Chicago Sun Times, the older woman – who has not been named – called emergency services saying she had given birth to the baby in the home.

They were both taken to hospital.

Ms Ochoa-Lopez’s body was found at the same property on Wednesday, 15 May.

“We believe that she was murdered and we believe that the baby was forcibly removed following that murder,” Chicago police spokesman Anthony Guglielmi told reporters, according to news agency Associated Press.

Cecilia Garcia, spokeswoman for Ms Ochoa-Lopez’s family, said it was a “blessing” the baby had been found, which has been called Yadiel, a name chosen by its mother.

The family said she went to the address after contacting a woman on Facebook who had offered her free baby clothes.

Several people have been detained for questioning.

HIV ‘outbreak’ in N.S. continues to rise as awareness week kicks off