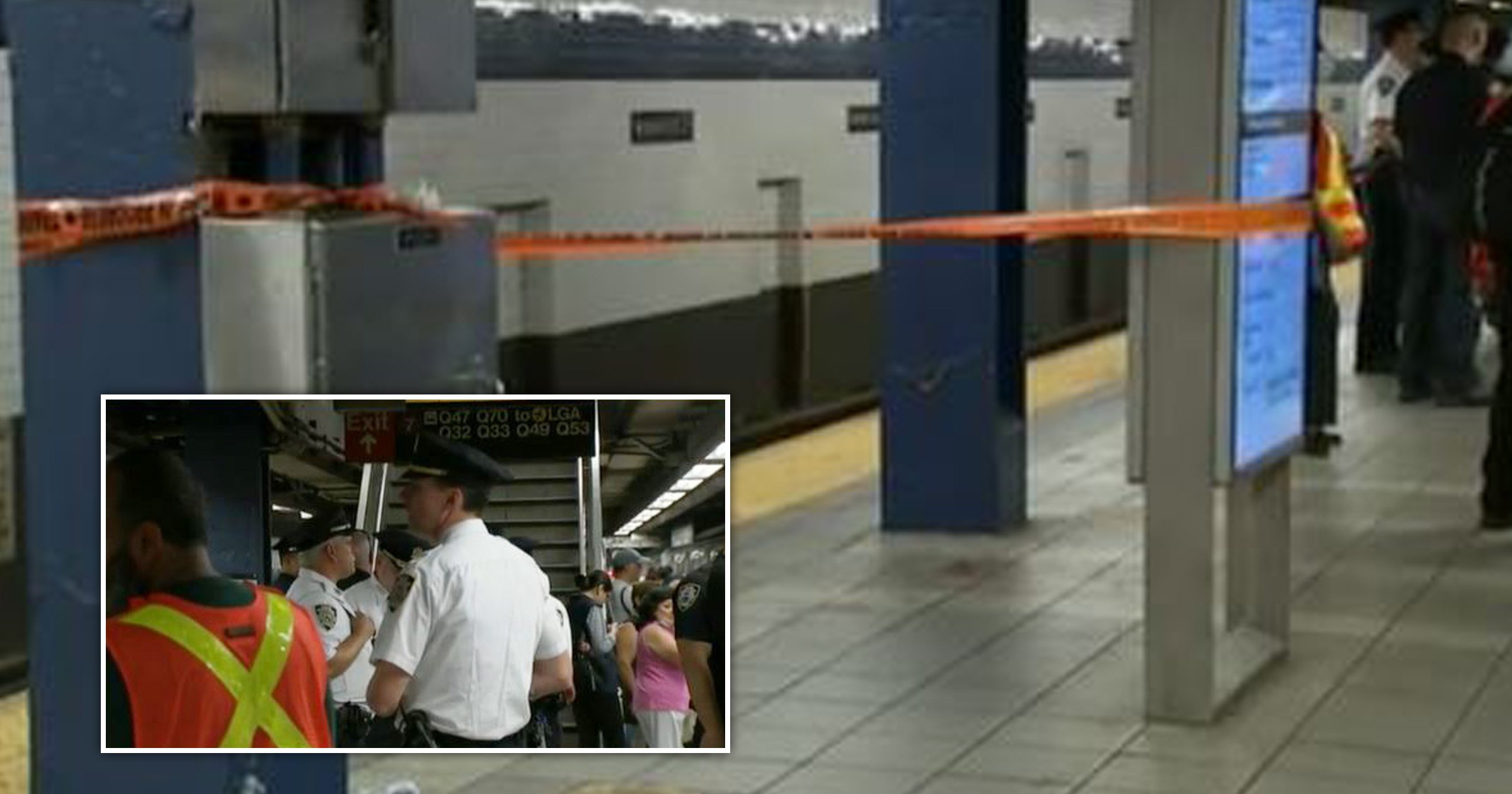 A 15-year-old boy who was reportedly ‘subway surfing’ in the New York City transit system fell and had his arm severed.

The teenager was riding a northbound R train with his friends at the 74th Street-Roosevelt Avenue station in Queens around 10.25am Monday when he tried to climb to the top of the car and fell, law enforcement and Metropolitan Transportation Authority (MTA) sources told the New York Post.

‘We know he was subway surfing on the outside of the car,’ a transit worker told the newspaper. ‘Usually when you’re subway surfing, you have to get off the train before the tunnel. He must’ve miss that point.’

The boy fell on the tracks, the sources said.

‘They found his arm under the train’, the worker said, and his left limb was detached ‘from the elbow down’.

The victim appeared to be in shock.

‘He was just looking around like nothing happened,’ the worker added. ‘He didn’t cry or nothing.’

The boy was transported to Bellevue Hospital and was listed in stable condition around 11.30am, according to cops.

A rider who saw the boy fall pressed an emergency help button and told the train conductor that the boy’s arm had been severed. A girl who was with the boy cried as first responders arrived.

Images from the scene showed blood splattered on the station platform.

Police did not immediately disclose whether charges will be filed.

Northbound M and R trains skipped the station of the incident until at least noon, according to the MTA.

The incident comes just over two months after a group of subway surfers were recorded standing atop cars as it crossed Williamsburg Bridge from Manhattan to Brooklyn. Footage showed some of them skipping between cars and others sitting at the edge of the cars. Police in June investigated the incident, with the group at the time possibly subject to charges of trespassing and reckless endangerment.

Another subway surfer was killed riding on top of a J train in 2021, ABC 7 reported. He fell from the car onto the tracks and was struck by the train.