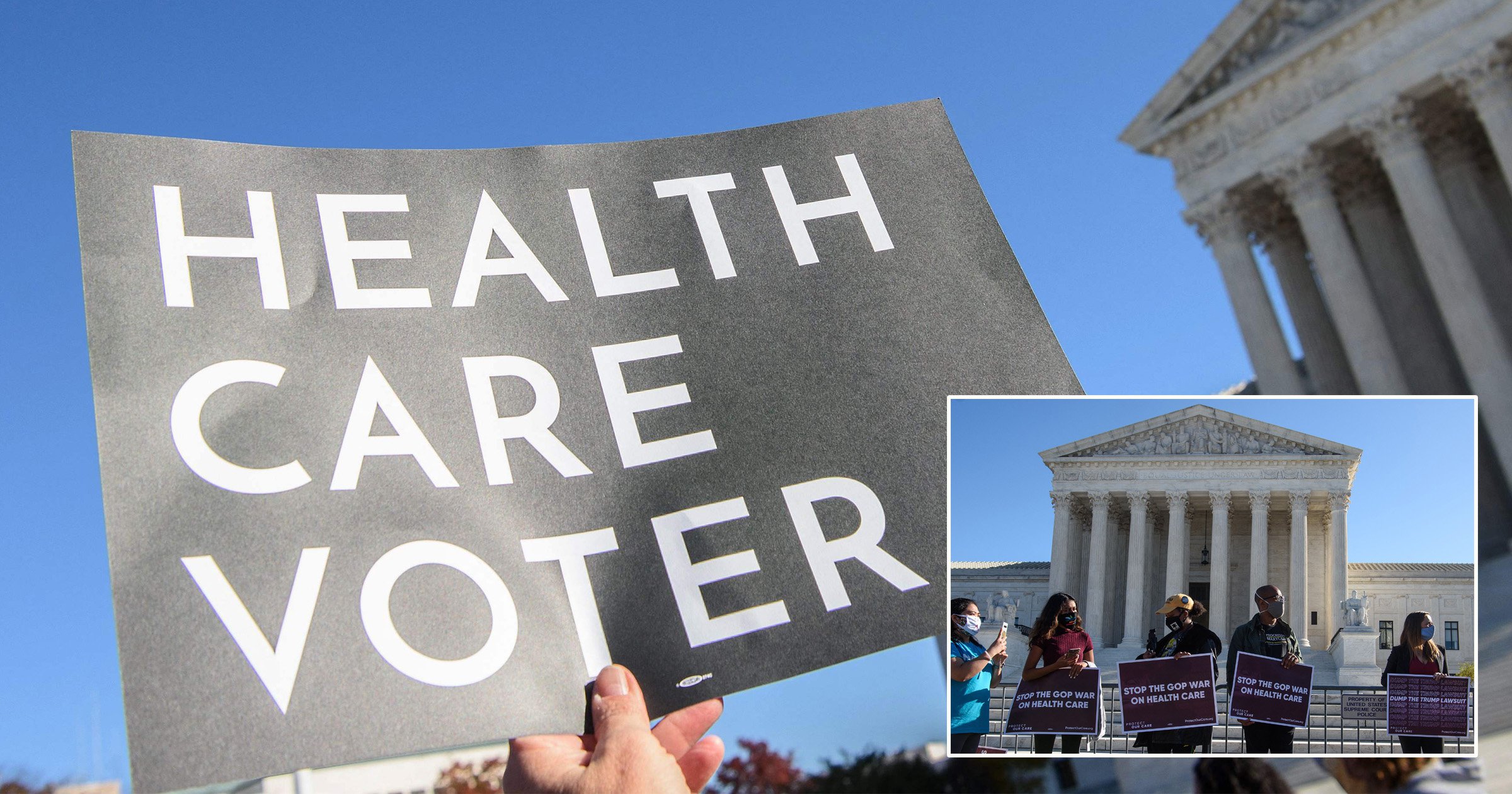 The Supreme Court has dismissed a challenge to Obamacare led by the former Trump administration and Republican states, preserving health care coverage for millions of Americans.

The high court on Thursday voted 7-2, with Justices Samuel Alito and Neil Gorsuch dissenting, that challengers to the Affordable Care Act did not have legal ground to bring the case.

Justice Stephen Breyer in his opinion wrote: ‘[W]e conclude that the plaintiffs in this suit failed to show a concrete, particularized injury fairly traceable to the defendants’ conduct in enforcing the specific statutory provision they attack as unconstitutional.’

GOP-led states and the Trump administration had urged justices to block the 2010 law that was a hallmark of former President Barack Obama. The states argued that the Obamacare ‘individual mandate’ became unconstitutional after Congress in 2017 cut the tax penalty to zero for people who did not have health insurance. Specifically, they claimed that the entire Affordable Care Act should not stand because the mandate for individuals to buy insurance was a key component of the law.

Justice Clarence Thomas in a concurring opinion wrote: ‘Although this Court has erred twice before in cases involving the Affordable Care Act, it does not err today.’

The Supreme Court’s decision likely marks the end of a decade-long Republican effort, and Trump’s promise, to undo Obamacare. President Joe Biden, who was vice president under Obama, has voiced strong support for the Affordable Care Act and intends to build on the provisions of coverage. About 31million people have health coverage because of Obamacare, according to the Biden administration.