Two people have been shot dead and another four wounded in a shooting on a University of North Carolina (UCN) campus.

The Charlotte-Mecklenburg Police Department have said one person in now in custody and no one else is thought to have been involved.

he has been named locally as 22-year old Trystan Terrell.

UNC Charlotte had issued a campus lockdown on Tuesday afternoon after reports of shots being fired.

“Shots reported near kennedy. Run, Hide, Fight. Secure yourself immediately,” the university tweeted in an alert, referring to the school’s Kennedy building on campus. Student Sam Rice said he was in the library when he heard someone shouting “shooter, shooter” and that police were yelling for people to stay down and say on the floor. 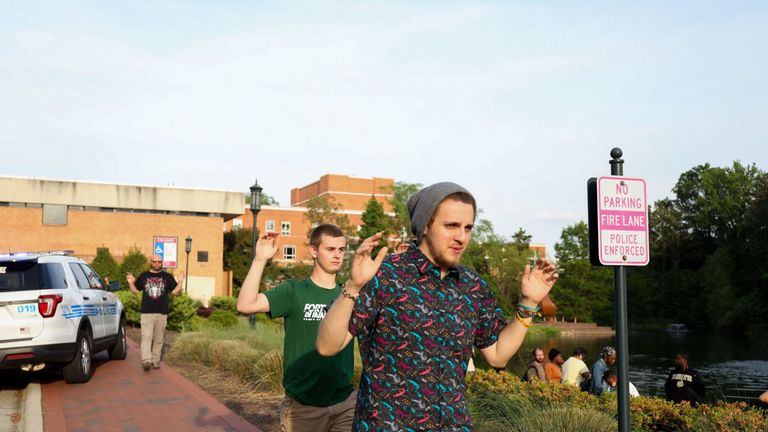 Campus Police Chief Jeff Baker said authorities received a call around 4:40 pm that a suspect armed with a pistol had shot several students.

He said officers assembling nearby for a concert rushed to the scene, where they caught the male suspect. Authorities did not immediately release the suspect’s identity.

Professor Monfia Drayton was walking onto campus when she heard the shots.

She added: “My thought was, I’ve lived my life, I’ve had a really good life, so, these students deserve the same. And so, whatever I could do to help any child to safety, that’s what I was going to do.”

The University of North Carolina Charlotte campus has more than 26,500 students and 3,000 staff and is located north east of the city centre in a largely residential area.

Jeffrey Epstein’s Victims, Denied a Trial, Vent Their Fury at a Hearing

Coronavirus: Men less likely to wear face masks because it is ‘a sign of weakness,’ study suggests