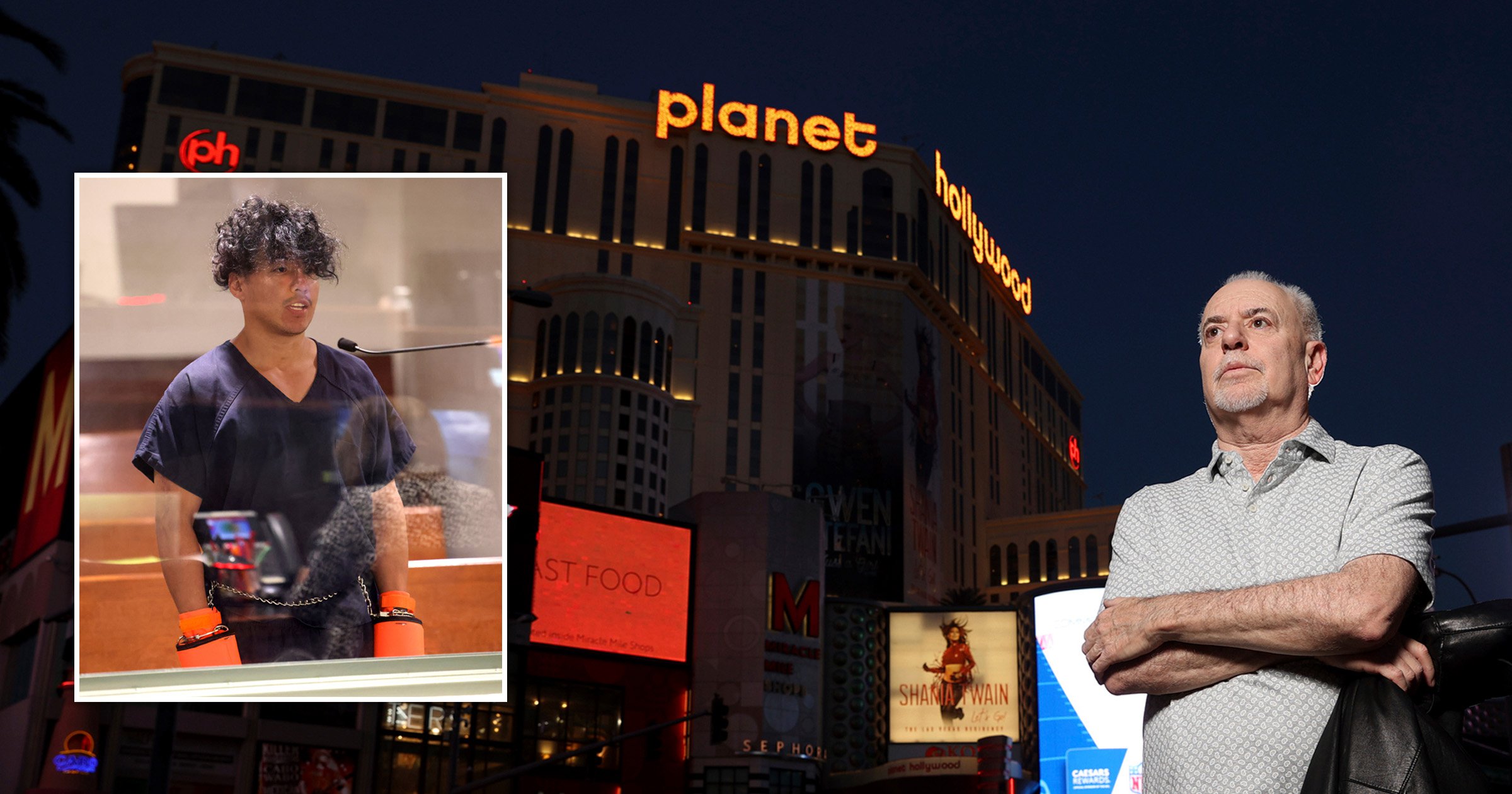 The man behind a stabbing spree in Las Vegas, Nevada, that left two dead and six injured was ‘letting the anger out’, an arrest report says.

Yoni Barrios, 32, allegedly stabbed the victims with a large kitchen knife outside Wynn Casino because someone snickered at him, the report released yesterday said.

He told one victim, ‘sorry, man’, before stabbing them in the back and even said he hoped police would shoot him.

In interviews with the force, the surviving victims, all street performers, said Barrios thought they were laughing at him and making fun of his clothing.

The arrest report said: ‘Barrios started running and looking for groups of people so he could “let the anger out”.’

Barrios was taken into custody within a ‘matter of minutes’ by a security guard and police officer after fleeing the scene.

He had only arrived in Las Vegas just two days before the incident, he told police.

‘Barrios stated that on the bus ride to the strip people were making fun of him and he wasn’t being treated like a human being,’ the report said.

The victims are understood to have been all performers who dress as showgirls and take photographs with tourists for a fee.

Barrios asked the performers to take a photograph before then, saying he was a chef as he was wearing a long-sleeved white jacket.

He pulled out a black carbon knife from a suitcase which made the performers feel uneasy, the arrest report added.

The coroner’s office has identified one other victim as Brent Allan Hallett, 47, who died from a chest wound.

DiGiovanni was ‘the life of any gathering,’ her family said in a statement to The Associated Press.

‘Maris always saw the best in people, always gave them a chance, and always accepted people for who they were,’ they said.

‘She was a beautiful spirit and soul, and we’ll miss her for the rest of our lives.’

DiGiovanni also worked as a teacher at 8th Bridge School in Las Vegas, her brother, Gage, wrote on Facebook.

Barrios made his first court appearance yesterday at the Regional Justice Center.

Metro.co.uk reached out to the Clark County Public Defender’s office for comment.