Once regarded as the most vulnerable incumbents, many Democrats who carried Trump districts in 2018 are poised to win re-election, boosting the party’s chances of building its House majority. 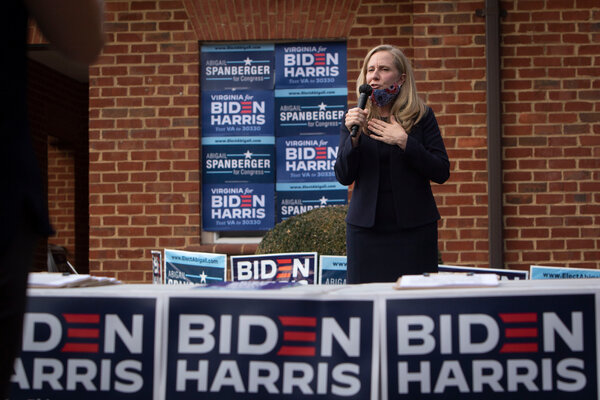 HENRICO COUNTY, Va. — When Representative Abigail Spanberger, the Democrat running for re-election in the conservative-leaning Richmond suburbs, arrived to debate her Republican opponent on a recent evening, she received a heroine’s welcome, loudly cheered by supporters on both sides of the street who held blue balloons and handmade signs praising her accomplishments.

There was no such warm welcome for Nick Freitas, the state delegate running to oust her, recalled Carol Catron, 52, a stay-at-home mom and a supporter of Ms. Spanberger, who was among those shouting “We love Abigail!” outside as the Republican walked in without making eye contact.

The scene in this Republican-leaning district, which voted heavily for President Trump four years ago, underscored how solidly Ms. Spanberger — a first-term representative once thought to have an uphill climb to re-election — has cemented her following among voters here and now has the advantage heading into Election Day.

Across the country, Democrats like Ms. Spanberger, a former C.I.A. officer who has cultivated a brand as a moderate unafraid to criticize her own party, are playing a pivotal role that has positioned Democrats to maintain control of the House and build their majority.

She and dozens of freshmen Democrats like her whose victories in Trump-friendly districts in 2018 handed the party control of the House — and who were seen as the most vulnerable to defeat this year — are leading their Republican challengers in polling and fund-raising headed into the election’s final week.

Speaker Nancy Pelosi likes to call this group of about 40 lawmakers — most of them young, many women, and predominantly moderates — her “majority makers,” while the House Democratic campaign arm calls them “frontliners.” And they have largely managed to buck intense Republican attempts to brand them as Ms. Pelosi’s minions, socialists or out-of-touch coastal elites.

“We knew we had a lot of work to do when we got elected, and we got to work,” says Representative Lauren Underwood, Democrat of Illinois and a registered nurse.

Republicans had hoped to pick off Ms. Underwood, who in 2018 won in the Chicago suburbs carried by Mr. Trump. But after she raised more than $7 million and Republicans nominated a perennially unsuccessful candidate to challenge her, national conservative groups decided against spending on advertising in the district.

In polling conducted by the House Democrats’ campaign arm, the frontliners are outperforming former Vice President Joseph R. Biden, the Democratic nominee, in their districts by an average of 8 percentage points, said Representative Cheri Bustos of Illinois, who leads the Democratic Congressional Campaign Committee.

In June, the Democratic frontline candidates had about $125 million cash on hand compared with just $25 million for their Republican challengers. 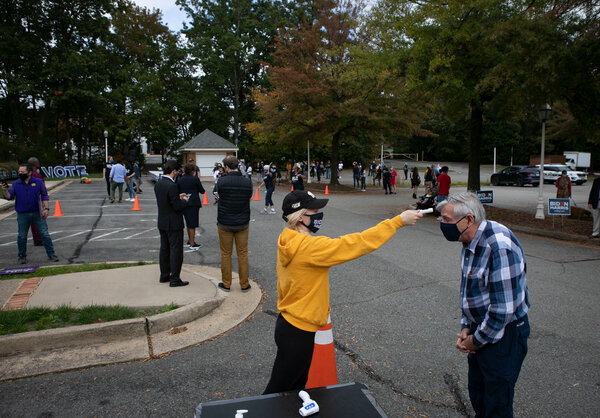 While each of the frontliners is running in a competitive district or a Republican stronghold Mr. Trump carried, only seven are in races that are still considered tossups, according to the nonpartisan Cook Political Report.

“There aren’t very many of them left who are in genuine danger,” said David Wasserman, the House editor of the newsletter.