“It’s complicated, it’s intersectional. And we need to think about it in a complex way.”

[In Her Words is available as a newsletter. Sign up here to get it delivered to your inbox.]

Six of them were women of Asian descent.

The suspect now charged in the killings, a 21-year-old white man, told the police he had a “sexual addiction” and said the spas were an outlet for something “that he shouldn’t be doing,” said Capt. Jay Baker of the Cherokee County Sheriff’s Office. (Captain Baker has since been removed as a spokesman on the case.)

While the investigation is still continuing, the shootings underscored for many women how racism and sexism are inextricably linked, leaving them uniquely vulnerable to violence and discrimination.

The shootings come amid a surge of anti-Asian discrimination and violence in the past year. About three in 10 Asian-Americans — a number higher than those of any other groups surveyed — reported that they had been subjected to slurs or jokes because of their race or ethnicity since the start of the coronavirus outbreak, according to a Pew Research Center survey of nearly 10,000 Americans in June 2020. Nearly 3,800 hate incidents against Asian-Americans and Pacific Islanders — ranging from verbal harassment to physical assaults — have been reported nationwide since March 2020, according to Stop AAPI Hate, an initiative tracking the violence.

Advocates say these numbers are an underestimate of what is really going on: many incidents go unreported, and those with a sexual dimension tend to be classified as sex offenses, not racial incidents.

Almost 70 percent of the incidents reported to Stop AAPI Hate were done so by women. Research from Virulent Hate, a project run by researchers at the University of Michigan to analyze how Asian-Americans have experienced racism during the pandemic, found a similar pattern when looking at incidents reported in the news media.

Last year alone, women of Asian descent were screamed at, shoved, coughed on or spit at, shunned, assaulted and subjected to other forms of harassment or discrimination that coupled hateful remarks with sexist, misogynistic language.

Researchers suggest that harmful stereotypes about Asian-American women as hypersexual, meek or submissive make them seem like easy targets. And overseas, entire sex industries revolving around American army bases in the Philippines, Korea, Thailand and Vietnam, compound the fetishization of Asian women, Kyeyoung Park, a professor of anthropology and Asian-American studies at the University of California, Los Angeles, told The Times.

The conversation has been edited for length and clarity.

How are you feeling as you watch this unfold? What’s going through your minds?

Tina Tchen: I feel like it’s yet another extension of what we’ve been all going through last summer. When the George Floyd, Breonna Taylor and Black Lives Matter movement all came together, I spent a lot of time with our Black staff and my Black friends and community and was really conscious of making sure that we took care of people. But now, it’s personal, right? When it is someone who is from your community or looks like you or looks like your daughter or your son who is now the target of a deadly attack — it lands differently. I’ve talked to folks who have family members who feel vulnerable because they are working in nail salons or storefronts.

Min Jin Lee: I’m really tired. I feel tired and vulnerable. And I feel the responsibility of trying to be objective and thoughtful and, at the same time, I feel that we all have the right to have emotions. It’s very disturbing.

Sung Yeon Choimorrow: I’m still feeling very devastated and appalled at what happened. But I’m mostly angry and really sad that none of it was a surprise. That’s the thing that keeps coming up most with my staff and our members and my Asian-American friends that have reached out to me in the last couple of days — no one is surprised at what happened. This was our worst fear coming true. And, frankly, right now, I’m also worried about the safety of our staff and myself, because I’ve gone on national TV and my face is all over the place and, of course, white men are coming after me. 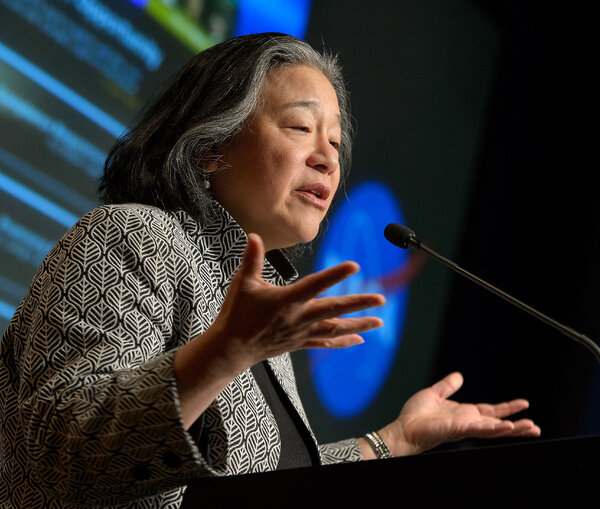 Let’s step back a little bit. There is a long history of sexism and racism against Asian women. Walk us through some of that history.

Lee: One of the things we have to think about is, first of all, Asian-Americans have an enormous tent with so many diverse histories, so many countries of origin. What we often forget is that, within the countries of origin, there’s certain stories of patriarchy that we don’t want to talk about, histories of colonialism and imperialism. That’s incredibly informative when we think about sex workers, in particular, and working-class women because we have all these class issues. We also have ethnicity issues, we have regional issues. It’s really complicated.

Tchen: I think it’s about otherness. It doesn’t matter how long you’ve been here. I mean, I can’t even speak Chinese and yet, I feel very othered, always feel it. Why did “Minari” win best foreign-language film even though it’s an American story? It’s part of othering.

You layer on top of that the sexualization of Asian women — which has always existed and is fueling this. The law enforcement are sort of saying this has to do with his sex addiction, so therefore it’s not a hate crime or racially targeted. No, no, no — that’s all together — all part of one piece.

I can remember when I was younger, just out of college in 1978, there were men who would come up to me in the street, drop their pants and say I reminded them of the girlfriend they left behind in Vietnam. Literally drop their pants and begin to touch themselves in the middle of downtown Chicago, and this happened more than once.

Lee: This happened to me, too. It happened to me several times. People would actually grope me in the street saying things like, “You remind me of somebody in Vietnam.” Very often, these are poor, homeless people. It’s not as if I don’t have sympathy for them — they’re maybe suffering from post-traumatic stress disorder. But it doesn’t mean that we don’t deserve sympathy either.

There’s been so much of just swallowing the assault, all this repression, and we carry it forward, saying, “Oh, it’s not a big deal, it’ll be OK.” But now people are saying: “No more. We are first among equals. This is not OK.”

Choimorrow: I had those experiences, too. I came to the United States as a college student when I was 18. And actually the hometown that I’m from in Korea, the main economic engine was a U.S. military base. I know what it’s like to live in a town where there’s an entire sex-work industry that revolves around the military bases.

So I came to the United States and the first time it happened to me, I was like, “This man is just weird, right?” He stopped me and asked me if I’m Korean and then he used some Korean phrases and said, “I love Korea, I served in the army and you remind me of my girlfriend in Korea” and then proceeded to say something really, really inappropriate. I was having these experiences in rural Indiana. You’ll have these 80-year-old white men telling me that they saved me and my country, and then you’ll have men fresh out of the military, still with their crew cuts. This is rampant in this country today. This is not 1875 when Chinese women weren’t allowed to come into this country because they were all seen as prostitutes, or even the Vietnam War or the Korean War.

Tchen: The confluence here of anti-Asian sentiment and misogyny has a relationship, I would say, to the events of Jan. 6. The shooting is not just a manifestation of specific commentary around Covid-19; it is more directly connected to this wave of domestic terrorism that we have in the country. It really needs to be seen as seriously as that.

We have a very narrow definition of hate crime, actually, and Asians don’t even fit in the paradigm. And let’s be clear, targeting people because they’re women isn’t really anything that people think is a hate crime either. But it is.

Another narrative that I’ve seen come up is, “Oh, you know, this is a one-off because Asians are successful and high earning.” What are your thoughts on that?

Lee: The class issue is such an important piece, and I can only speak about the Koreans because it’s so complicated for every single different country of origin, but in Korea, even today, the classism is outrageous. So these four women, at least who have been confirmed to be ethnically Korean, are aged 50 to 70. Two of them are, according to Korean media, 70 years old. And these women apparently lived in those salons. Their job was to open doors, and provide food and housekeeping services for these spots. These are very, very poor women without protections. It’s something that I think all of us, as feminists and women of color, have to really talk about.

Choimorrow: During this pandemic, it’s become more clear that not all Asian-Americans are lawyers, doctors and engineers. And part of the harm is that some of us within our community want to live up to that model minority stereotype. We want to be that lawyer, engineer and doctor and separate ourselves from the working class members of our community. And the combination of not talking about misogyny and sexism and patriarchy and issues of class, both in our countries of origin and in the United States, has really done a disservice to the most vulnerable people.

Tchen: The fragmentation within the AAPI community is by class, by ethnicity, it’s East Asians versus South Asians versus Southeast Asians. There’s a lot of historical prejudice even within the AAPI community. We come from countries that have fought wars with each other and there are people who carry a lot of scars from being victimized by other Asians in those wars, in addition to historical class issues that still persist in Asia.

Lee: Exactly. I really want to encourage everybody to see this as a political issue, a physical issue, an economic issue. It’s complicated, it’s intersectional. And we need to think about it in a complex way.