The mother of Tamir Rice, the 12-year-old Black boy who was fatally shot by a white police officer in Cleveland in 2014, is asking the Ohio Supreme Court to prevent the man who killed her son from being reinstated as an officer.

A grand jury declined to charge the officer, Timothy Loehmann, in Tamir’s death in 2015. He was fired two years later after a Cleveland Police Department investigation of the shooting revealed that he had lied on his job application.

A police union filed an appeal with the State Supreme Court last month seeking Mr. Loehmann’s reinstatement as a Cleveland police officer. In response, lawyers representing Tamir’s mother, Samaria Rice, filed an amicus brief with the court on Monday asking it to uphold an appeals court ruling from earlier this year that effectively prevented Mr. Loehmann from getting his job back.

“Timothy Loehmann can’t be trusted,” Ms. Rice said in a statement. “I hope that the Supreme Court does not give him a chance to get back his job. The fact that the Cleveland police union is still trying to get him his job despite him killing my child and lying on his application to become a police officer shows you just how immoral that organization’s leadership is.”

The union, the Cleveland Police Patrolmen’s Association, has petitioned the State Supreme Court to overturn the state appeals court decision, which upheld an arbitrator’s ruling that Mr. Loehmann’s dismissal from the Police Department had been justified. The appellate panel ruled in March that the union had not properly served the city’s outside lawyers with notice of its intent to challenge the arbitrator’s decision.

If the Supreme Court hears the case and rules in the union’s favor, it could create a legal pathway for Mr. Loehmann to rejoin the force.

In November 2014, Mr. Loehmann responded to a 911 call reporting a “guy in here with a pistol” in a Cleveland park. The caller told the dispatcher that the person holding the gun was “probably a juvenile” and that the gun was “probably fake,” but that information was not relayed to Mr. Loehmann and another officer. Within moments of his arrival, Mr. Loehmann opened fire on Tamir, who had been playing with a toy pellet gun, fatally shooting him in the abdomen. 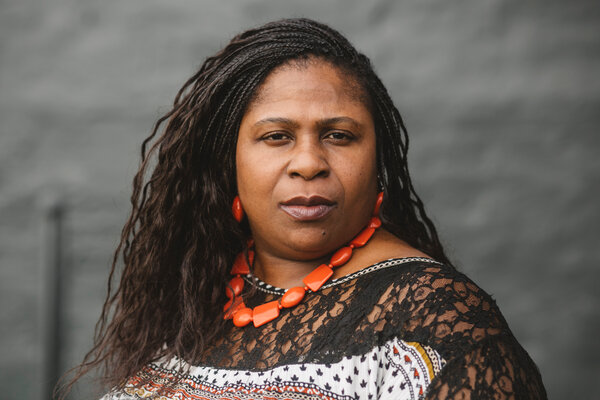 In 2018, Mr. Loehmann was hired by the Police Department in Bellaire, Ohio, a community of about 4,000 across the Ohio River from West Virginia, but he quit the part-time job days later. Earlier this year, there were protests in Cleveland after a local television station reported that Mr. Loehmann had played for a semipro football team made up of emergency workers.

After the Cleveland department fired Mr. Loehmann, the police union filed a grievance arguing that he had been terminated without just cause. An arbitrator dismissed the grievance in 2018, according to court documents. Since then, the union has made several attempts to overturn the decision, culminating in the ruling in March by a three-judge panel of the Eighth District Court of Appeals in Cuyahoga County that the union had failed to properly serve the city’s lawyers.

Ms. Rice’s amicus brief addresses that matter, saying it “involves neither a substantial constitutional question nor an issue of public or great general interest” and therefore should not be heard by the Ohio Supreme Court.

Henry Hilow, a lawyer for the Cleveland Police Patrolmen’s Association, said that the Supreme Court should issue a ruling on the procedural matter because it could affect future criminal and civil cases.

“This is about the procedural issues,” Mr. Hilow said. “And I think that’s what gets clouded and lost as we ramp up the emotions of the community in a case that has been a tragedy from the day it happened.”

Subodh Chandra, a lawyer for Ms. Rice, said that the amicus brief gave her a say in “whether Timothy Loehmann should be entrusted with a badge and a gun again.”

Mr. Loehmann’s attempts to rejoin the police force, he added, showed a “complete indifference to the family and the community’s suffering.”

A spokeswoman for the Ohio Supreme Court said the court had yet to decide whether to hear the case.

What to Know About the Future of Tourism in N.Y.C.

‘You’re Not Supposed to Betray Your Race’: The Challenge Faced by Black Women Accusing Black Men