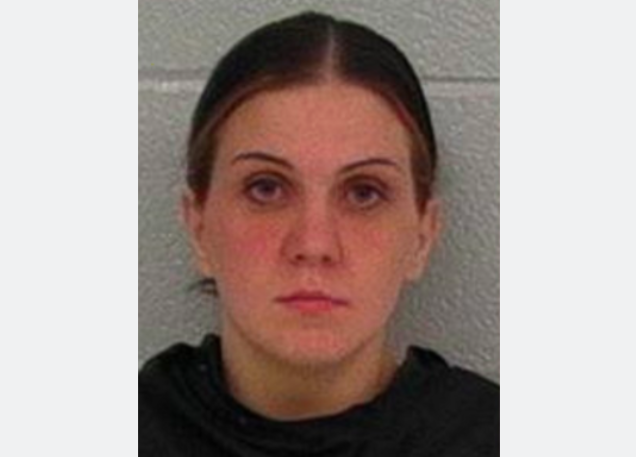 Ressler’s alleged sex tape is said to have been spotted online by a concerned local, who told school bosses, who in turn contacted the local sheriff’s office. It is unclear if any of the youngsters saw what Ressler allegedly did, or realized what she was up to.

Hulsey said news of the alleged sex tape had caused ‘mental anguish’ to children and parents affected. She added that the sheriff’s office had worked hard to have it wiped from the internet as quickly as possible, while bringing charges against Hulsey.

One mother called Nicole, whose daughter was in the second-grade classroom at the time, told Fox5:’My daughter had been bragging about the substitute, said they were having lots of fun. They played a lot of games.’

Nicole, who knew Ressler from her own school days, added: ‘She graduated about the same time we did, so it just seems worse.’

Ressler has been charged with 19 counts of child molestation – one count for each child who was in the room when she is said to have shot the video.

It is unclear how long she had been working at the school for before the incident came to light.

She has been booked into Carroll County Jail, with detectives continuing their investigation.

Alberta sees bump in American visitors in first half of 2019