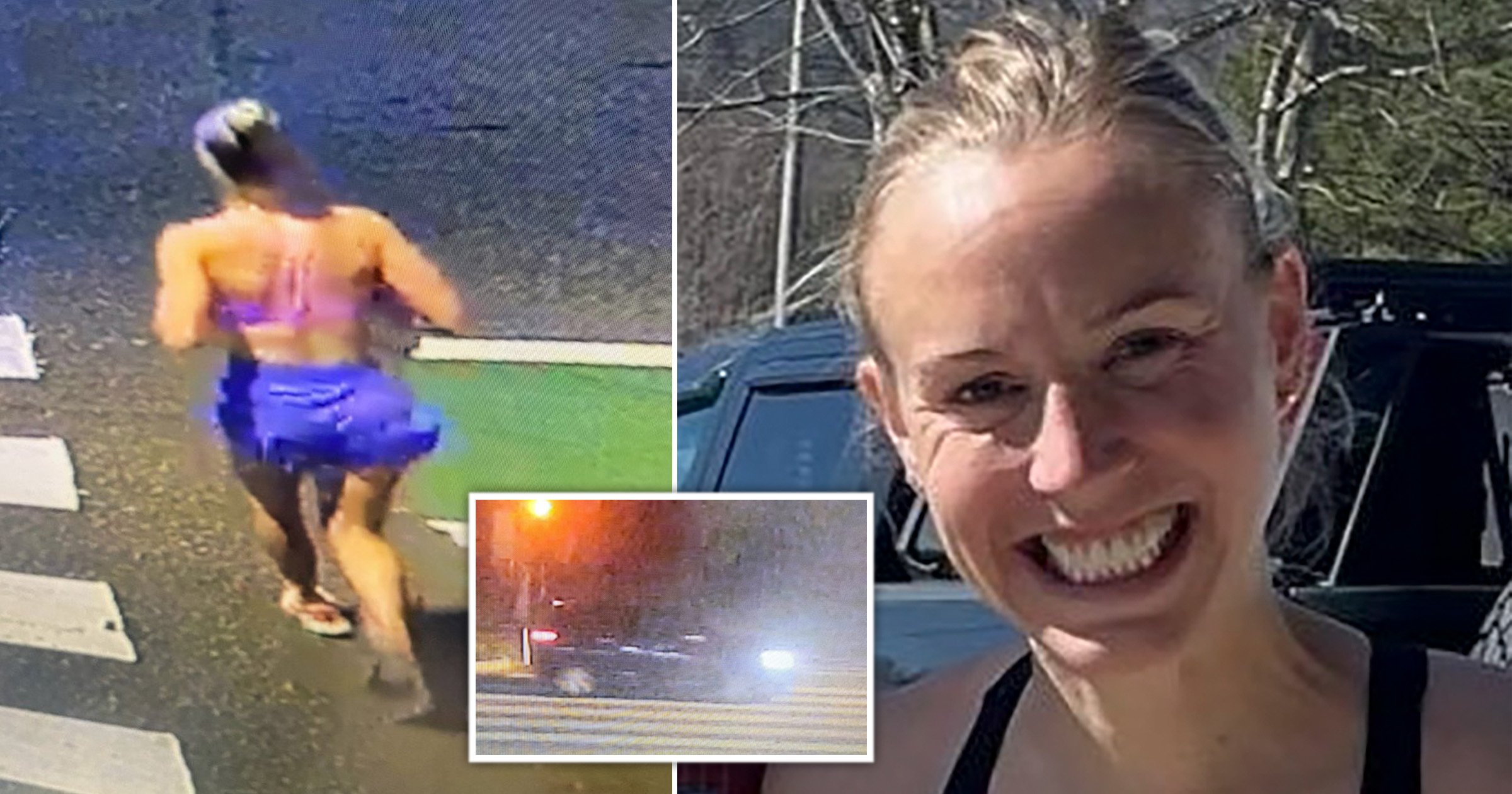 Police are frantically searching for a schoolteacher who was abducted during an early morning jog.

Investigators say Eliza Fletcher was out jogging near the University of Memphis at around 4.30am yesterday when she was approached by an unknown individual.

Following a brief struggle, the mother-of-two was forced into a dark SUV, which is visible in grainy CCTV showing the incident.

Mrs Fletcher, who is 5’6″ tall, 137 pounds and blonde, is pictured wearing jogging apparel, including colourful shorts and a pink sports bra.

Law enforcement officers were called to the scene at around 7.45am after receiving two calls in quick succession- one from the University and another from Eliza’s husband, Richard Fletcher III.

Upon arrival they discovered her discarded water bottle and a smashed mobile phone outside a nearby home.

Mrs Fletcher was reported to be a fitness fanatic and would often jog along the same route.

She is known to attend the Second Presbyterian Church in East Memphis with her husband and works as a pre-kindergarten teacher at St Mary’s Episcopal School.

The Daily Mail reports Mrs Fletcher, who goes by Liza, is the granddaughter of hardware magnate Joseph ‘Joe’ Orgill III who died in 2018.

Their hardware wholesale family business, Orgill Inc, does $3billion (£2.6billion) in annual sales, according to the company’s website.

Upon announcing the reward money, a brief statement put out by the family read: ‘We look forward to Eliza’s safe return and hope that this award will help police capture those who committed this crime.’

In February, Mrs Fletcher revealed in an Instagram post that she had attended the Orgill trade show in Orlando, Florida.

Students at the school she taught at were reportedly told via letter yesterday that a teacher had been kidnapped.

‘We have not told our younger students about Mrs Fletcher,’ read the letter from head of school Albert Throckmorton, according to Fox News. ‘We are supporting the older students as they learn of this news.’

Speaking to WREG, Hart Robinson, a friend of Mrs Fletcher’s, said: ‘You don’t wanna hear that that’s going on. We want to find her.’

Robinson also said: ‘We don’t know what’s going on, but everybody is desperately looking for her and the police here are on it.

‘You can see there is a lot of activity, so if you know anything or saw anything early this morning, we just ask that you come forward.’

Police are looking for a male suspect but are yet to identify a potential perpetrator.

There have been at least 100 incidents classed as kidnappings in Memphis already this year, according to information on the city’s website.