Home » Americas » Teenager, 17, 'shoots Lyft driver after kidnapping her to the woods to rob her' 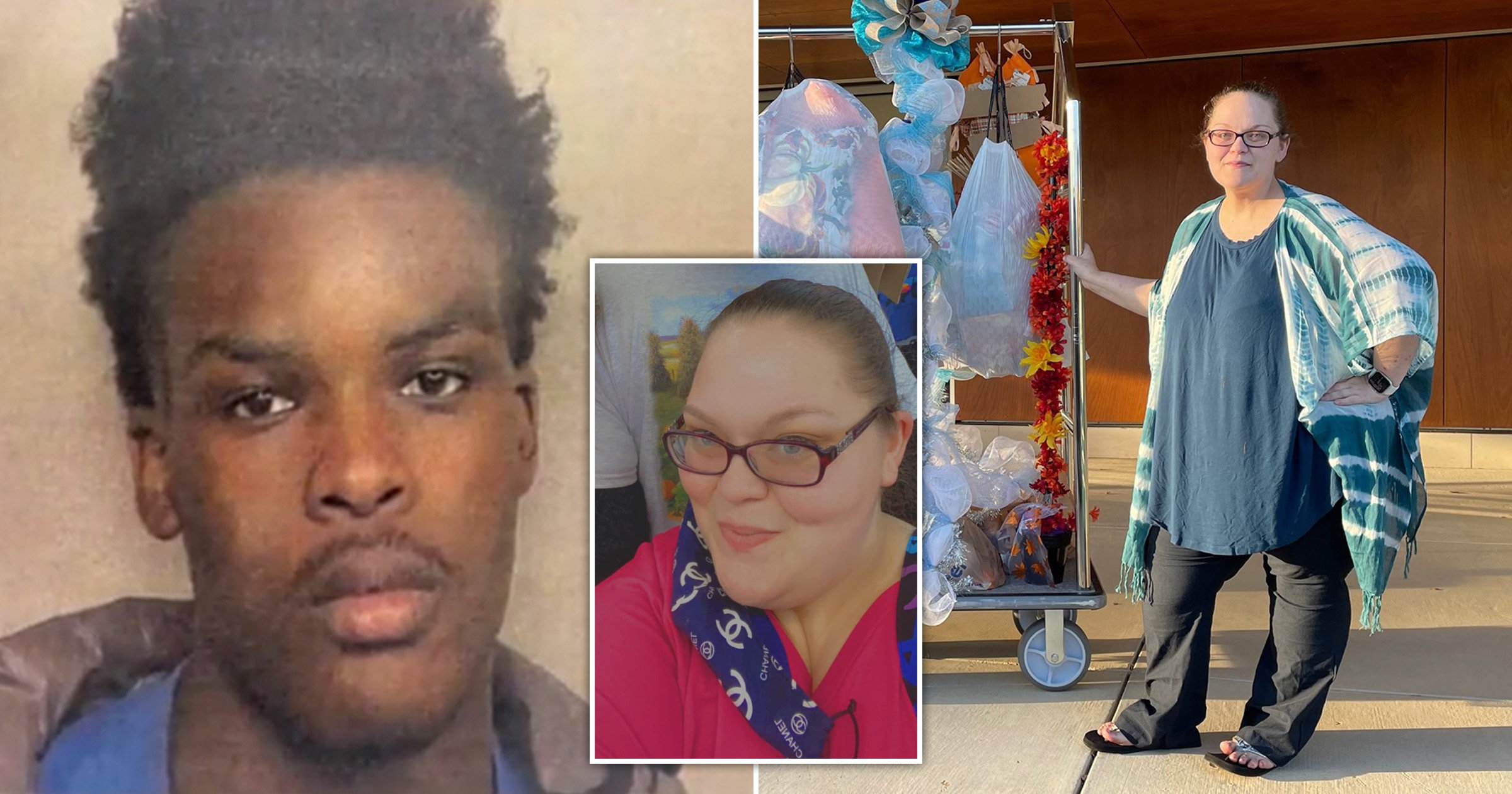 A teenager was arrested after allegedly kidnapping his Lyft driver, taking her to the woods to rob her and shooting her numerous times, police said.

Brandy Littrell, 36, was shot seven times on Tuesday shortly after picking up 17-year-old Dontarius Magee from an apartment complex in Byram, Mississippi, according to Deputy Chief Deric Hearn of the Jackson Police Department.

Littrell drove Magee to another apartment complex in Jackson, about 10 minutes away, where he then pulled a gun on her, Hearn said.

Magee then allegedly forced Littrell into the backseat of her black Dodge Journey and held her at gunpoint while he drove to a wooded area.

‘I gave him whatever he wanted because I was just trying to stay alive,’ Littrell told 16ABC from her hospital bed after the attack.

Police said Magee took Littrell into a wooded area off Beasley Road, where he made her crawl into the woods. He then allegedly shot her multiple times.

‘He said, “Get on your knees”. So, I got on my knees, and then I heard the first shot,’ Littrell said.

‘I was trying to cover my face in case he kept shooting, which of course, he did,’ she said.

He then left her in the woods, where Littrell said she thought she was going to die. After waiting a few minutes she moved, felt blood dripping off her face and realized she was still alive.

After giving him all her personal information, including home address, Littrell became overcome with fear, knowing her grandmother was at her home.

She ran to a nearby apartment complex to find help to ensure nothing would happen to her family.

‘It took every strength in me (to run for help) because, at this point, I am concerned (because) my grandmother is at my house, and I was worried he was going to go after her,’ Littrell said.

An ambulance then took her to a nearby hospital, where she is still recovering.

Jackson police arrested Magee for carjacking, kidnapping and aggravated assault. He is in jail without bond. He may also be a suspect for additional robbery cases, according to police.

In response to the attack, Lyft released the following statement, describing the incident as ‘horrific’.

‘Our hearts go out to Ms. Littrell and her loved ones. We’ve reached out to offer our support, have permanently removed the rider from the Lyft community, and stand ready to assist law enforcement with their investigation,’ the company stated.

‘We’re also exploring ways to expand the use of certain safety features and alerts to help prevent these kinds of incidents moving forward.’

The Police Believe 98 People Died in the Condo Collapse. One Hasn’t Been Found.