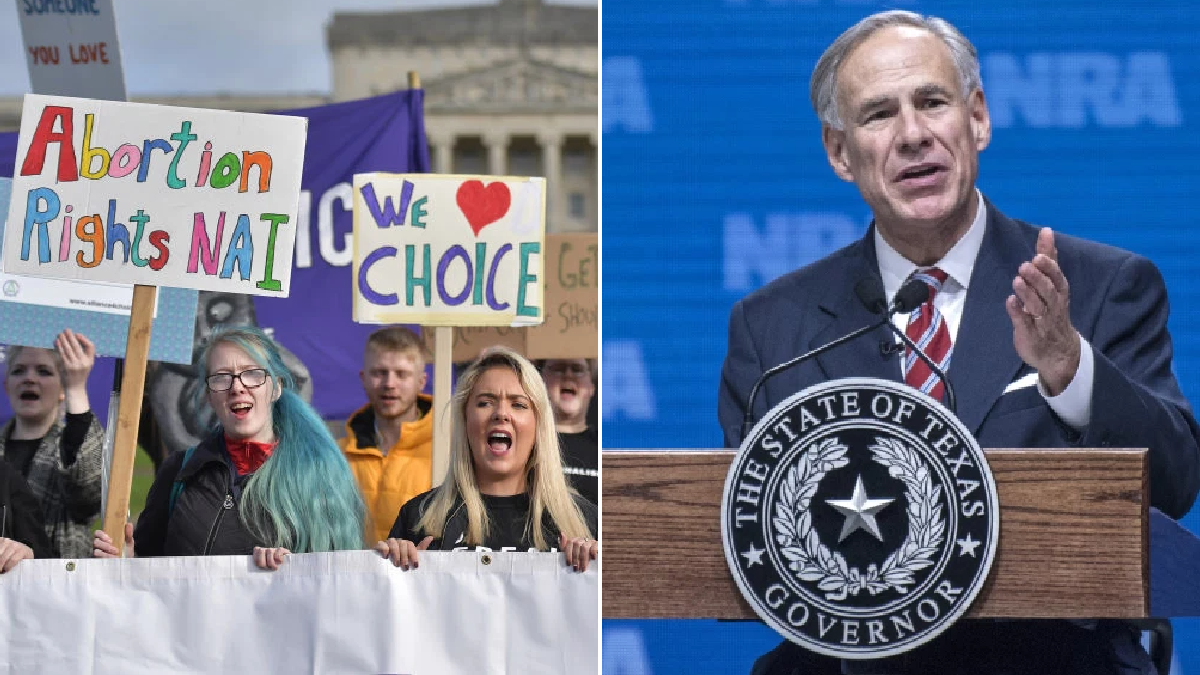 The governor of Texas has signed a law that bans abortion from as early as six weeks.

Governor Greg Abbott officially gave the legislation the green light at a ceremony on Wednesday – which came just a few days after the Supreme Court agreed to hear a case which could threaten America’s long-standing legal right to abortion.

The nation’s highest court will hear a case which will challenge Mississippi’s 15-week ban on abortion in the coming months. The hearing will be closely watched across the US and if the state’s ban is upheld by the Supreme Court, it could pave the way for further abortion restrictions.

Americans have had a ‘legal right to abortion’ ever since a landmark ruling in the 1973 Roe vs Wade case. The main issue up for debate in Mississippi’s legislation  is whether a fetus is viable outside the womb after 15 weeks.

The ban on abortions in Texas will put a stop to terminations after the detection of what anti-abortion campaigners call a fetal heartbeat.

The law will also give women the right to sue doctors who perform the procedure past the six-week mark.

Women’s rights groups have heavily criticized the law, which will take effect in September this year if it is not stopped by a court.

Texas is the latest and largest US state to pass abortion restrictions and in announcing the law, governor Abbott spoke of the ‘right to life’.

The heartbeat bill is now LAW in the Lone Star State.

This bill ensures the life of every unborn child with a heartbeat will be saved from the ravages of abortion.

Thank you @SenBryanHughes, @ShelbySlawson, & #txlege for fighting for the lives of the unborn in Texas. pic.twitter.com/aolhUKM9tv

He said: ‘Our creator endowed us with the right to life, and yet millions of children lose their right to life every year because of abortion.

‘In Texas we work to save those lives.’

Unlike in other states, the Texas law will not allow state officials enforce the ban and instead, anyone in the state will have the power to sue abortion providers – or anyone who may have helped a person to get the procedure after the six week mark.

The law will however allow abortions in the case of a medical emergency, but not for pregnancies resulting from rape or incest.

She Was Seen as a Victim in the Sarah Lawrence Cult Case. Now She’s Charged.

Don Piccard, a Pioneer Who Soared, Is Dead at 94