Home » Americas » Texas Says It Will Build the Wall, and Asks Online Donors to Pay for It

Gov. Greg Abbott said he would draw on $250 million of state revenues to begin work on a border wall and asked supporters to chip in with donations to a crowdfunding website. 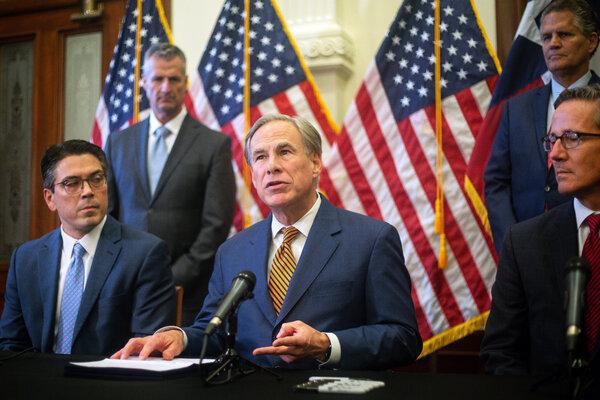 MCALLEN, Texas — When Gov. Greg Abbott of Texas announced last week a vague ambition to pick up where former President Donald J. Trump left off and complete the construction of a multibillion-dollar wall along the border with Mexico, many in the state were puzzled. A wall is costly and, in Texas, would require cutting a swath across private ranches, difficult terrain and some urban areas.

On Wednesday, Mr. Abbott revealed how he would pay for it: Donations.

Flanked by lawmakers at the State Capitol, Mr. Abbott, a staunch Republican who has found himself defending his conservative credentials in recent months, said the state was “stepping up to get the job done.”

But his announcement was dismissed by critics and immigration advocates as political theater and an obvious attempt to appease right-leaning voters ahead of his re-election bid next year.

“If the governor wants to blow hot air on TV, he can do that,” said David Donatti, a staff attorney for the American Civil Liberties Union of Texas. “I truly don’t think he has thought this through. The governor is not a king. We have checks and balances in the state of Texas.”

Still, Mr. Abbott cast aside the derision in his push to finance construction of a barrier along the border. He said he would set aside $250 million from the state’s general revenue as a down payment and hire a program manager who would determine the total cost of the project and the length of the wall. But he was short on other details, saying they would emerge later.

His posture comes amid a massive surge of migrants. Last month, there were 180,000 encounters between migrants and immigration officials along the Southwest border, from the Rio Grande Valley of South Texas to San Diego, Calif., the most in more than two decades, according to U.S. Customs and Border Protection data.

It also comes as Mr. Trump, who made the border wall a signature campaign promise, announced plans to visit the border region in Texas and as Republicans criticized the Biden administration as having not addressed what they classify as a crisis. Since Mr. Biden took office, the number of migrants fleeing poverty and violence in Central and South America has climbed, up from some 74,000 in January.