Senator Ted Cruz has admitted he regrets jetting to Mexico after the deadly snow storm in Texas left millions in his home state without power or water.

The Republican politician initially claimed he was trying to be a ‘good dad’ when his daughters asked to go ‘somewhere warm’ to escape the winter crisis.

But Senator Cruz has conceded it was ‘obviously a mistake’ to fly to Cancun for the family holiday when so many were struggling back home.

He claims he started to doubt his decision on the plane – and flew back almost immediately after facing a massive backlash for taking a vacation when people in Texas are ‘literally freezing to death’, Democrat rivals claim.

Now Cruz, tipped to be a potential White House candidate in 2024, is facing calls to quit and has been branded a ‘traitor’.

Speaking on Fox News via Zoom today, Cruz, 50, said: ‘We lost power for two days, our house was dark, we had no heat.

‘We were all huddled around the fireplace because it was the only heat in the house.’

Cruz said his two daughters asked if they could ‘take a trip and go somewhere warm’ as school had been cancelled for the week. 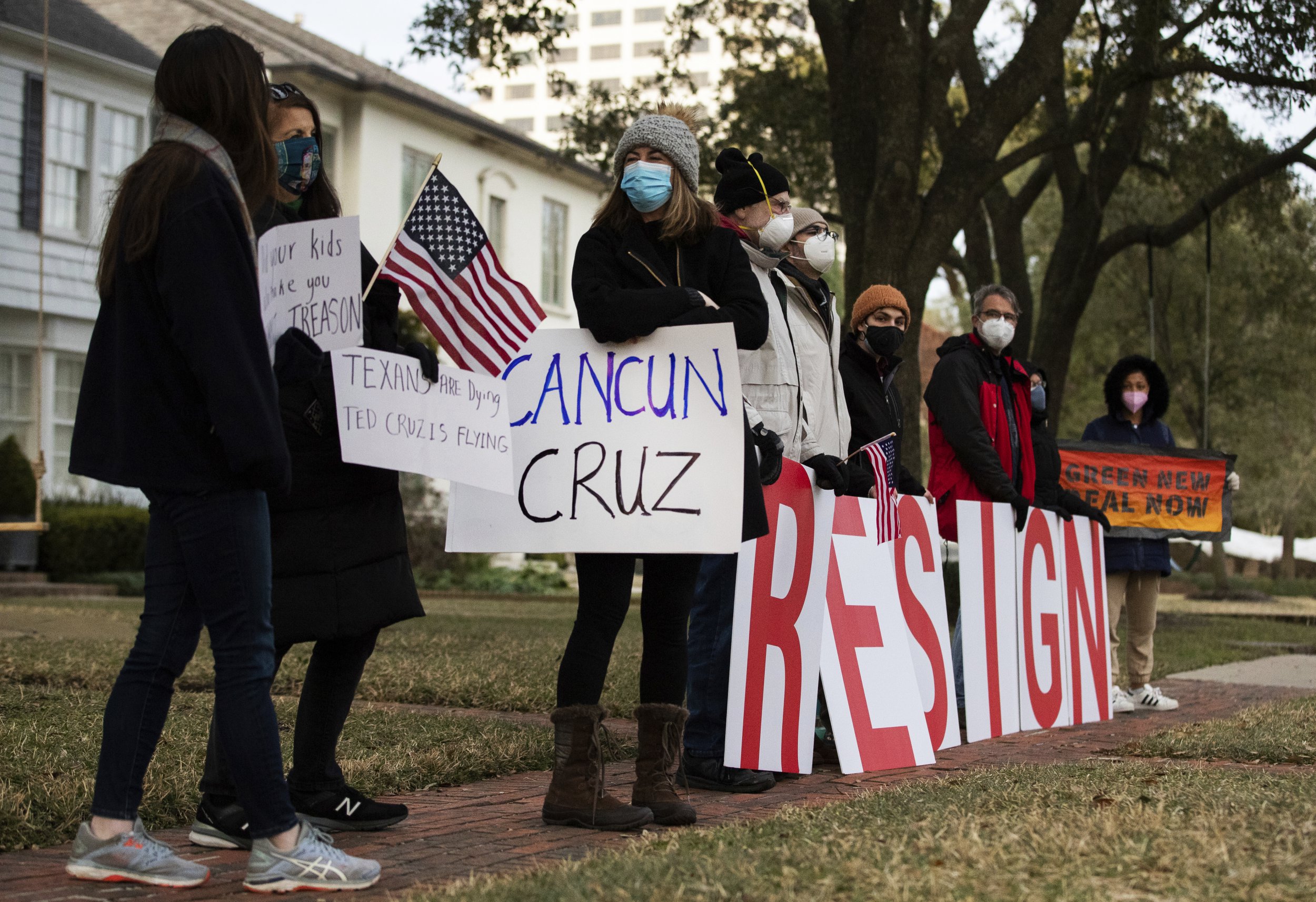 ‘Heidi and I as parents, we said “ok, sure”’, he told the US news network.

‘I had initially planned to stay through the weekend and to work remotely there.

‘But as I was heading down there I started to have second thoughts almost immediately because the crisis here in Texas, you need to be here on the ground.’

‘I’m here working to make sure to do everything we can to get the power turned on,’ he added.

The holiday came to light when photographs emerged of Cruz at the airport on Wednesday.

Cruz said: ‘Wanting to be a good dad, I flew down with them last night and am flying back this afternoon.

‘My staff and I are in constant communication with state and local leaders to get to the bottom of what happened in Texas.

‘We want our power back, our water on, and our homes warm.’

Hundreds of thousands of people have spent days without power and dwindling water supplies after the storm wreaked havoc across the state.

Seven million people – around a quarter of the population of Texas – have been told to boil tap water after record low temperatures froze pipes.

In the state capital, Austin, some hospitals are facing a loss in water pressure and heat.