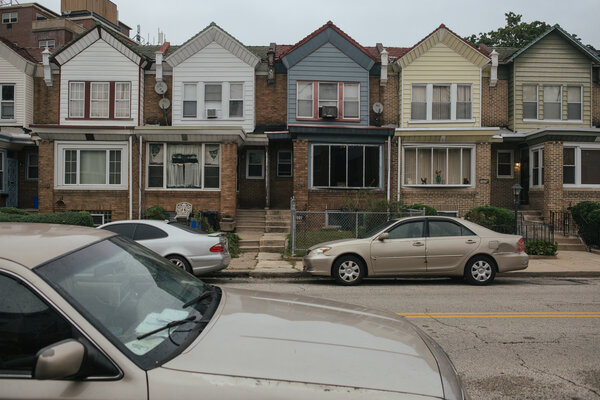 The pilot program, part of the $6 trillion budget request planned to be released by President Biden on Friday, would pay for increased down payments from recipients of Federal Housing Administration loans, giving borrowers instant ownership equity comparable to that of their more affluent neighbors and white homeowners.

The increased down payments, up to 10 percent from roughly 3 percent, may not seem like a major change, but recent studies have shown that even this small boost is often the difference between a marginal owner’s succeeding or failing to keep up with mortgage payments.

Houses represent the main sources of wealth for Black families, and rates of homeownership have been declining in recent years despite rising incomes.

The housing agency’s plan, drafted by administration officials recruited from the Urban Institute, a Washington-based policy think tank quietly emerging as a major player in the Biden White House, would target “redlined” neighborhoods that have been subject to biased local zoning laws or discrimination by banks, the officials said.

The administration sees the effort as part of a bigger push to address the persistence of racial discrimination in housing. Ms. Fudge has already signaled her intention to renew an Obama-era program intended to reverse segregation in the suburbs while taking steps to beef up enforcement of existing fair housing laws.

And the department’s embattled fair housing division will see a roughly 20 percent funding increase under Mr. Biden’s budget, allowing the hiring of about 150 new employees, according to agency planning documents.

This is a 180-degree change. Ms. Fudge’s predecessor Ben Carson gutted enforcement of fair housing laws and supported former President Donald J. Trump’s contention during the 2020 campaign that Democratic attempts to integrate segregated neighborhoods were a war on white suburbanites.

Ms. Fudge, a former congresswoman from Ohio, is also presiding over one of the most significant reboots, in terms of funding, of any government agency.

President Biden is requesting a $9 billion increase in the budget for the Housing and Urban Development Department, the biggest year-to-year boost in the agency’s funding in over two decades. That 15 percent increase comes on top of the $27.4 billion in new assistance included in the pandemic relief bill passed earlier this year, which is administered by the Treasury Department.

Ms. Fudge’s top funding priority, according to two officials who briefed her during the transition, was an increase in rental assistance — vouchers that can by used by tenants to bridge the gap between their incomes and market-rate rents.

The budget released on Friday includes an additional 200,000 vouchers in addition to the 2.3 million families already receiving the aid. That alone would account for a $5.4 billion increase in the agency’s annual budget.