Home » Americas » The jury in the Derek Chauvin trial has reached a verdict. 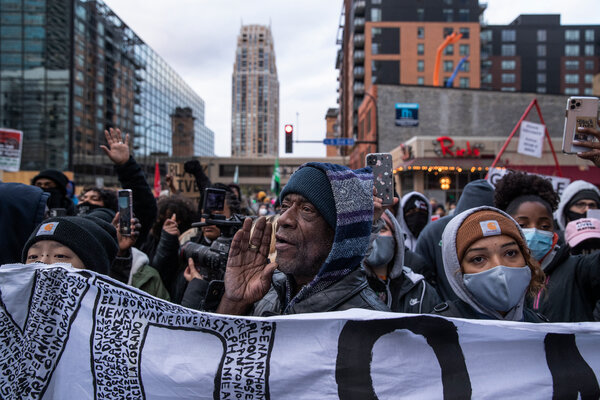 Update: The jury has found Derek Chauvin guilty in the murder of George Floyd.

The jury has reached a verdict in the trial of Derek Chauvin, the former Minneapolis police officer charged with murder in the death of George Floyd, and its decision will be read between 3:30 and 4 p.m. local time.

The verdict comes the day after lawyers gave their closing arguments, the culmination of three weeks of witness testimonies that were livestreamed to a large audience. The 12-person jury heard from 45 witnesses in total, 38 from the prosecution and seven from Mr. Chauvin’s defense.

Among them was a young woman who used her cellphone to videotape the arrest of Mr. Floyd, which infuriated many Americans who saw his death as an emblem of racial injustice. A wave of protests — possibly the largest in American history — washed over the country in the weeks and months that followed.

Other witnesses included use-of-force experts, the chief of the Minneapolis Police Department, paramedics who responded to the scene and medical experts, including a pulmonologist and a cardiologist.

During closing arguments, prosecutors asked jurors to “believe your eyes” and the feelings they had while watching the wrenching videos of Mr. Floyd’s final moments under the knee of Mr. Chauvin. The defense argued that Mr. Chauvin was acting as any reasonable police officer would, and said the state had ignored other possible contributing factors to Mr. Floyd’s death, including heart problems and drug use.

In Minneapolis, tensions are high as the public awaits the jury’s verdict. More than 3,000 National Guard soldiers and airmen have been deployed to the city, and on Monday law enforcement agencies and community organizations asked for peace.