Home » Americas » The Missing Hours: 7 Students on Losing a Year of After-School Activities

From 3 p.m. to 6 p.m. That block of time, between the end of classes and the beginning of dinner, were for millions of teenagers everywhere the golden hours of the day. They provided a release from the pressures of school or an escape from a stressful home. It was a time for friendship and fun.

Some students spent their time hanging out aimlessly, shuffling through nearby eateries, parks and friends’ houses. But many others had more structured routines, at school clubs, on sports teams or in after-school programs. City-funded spaces like public libraries, community centers and recreational facilities offered havens for free-form socializing.

In New York City, as in much of the rest of the country, the pandemic made those golden hours go dark, as sports were suspended and playing fields closed, and as recreation centers, public libraries and even church buildings were shuttered to the public.

Now, as New York City begins to loosen restrictions, there are glimmers of hope that 3-to-6 will return, if slowly. The city is allowing some sports to resume in April. Y.M.C.A. programs are gradually reopening. But many school clubs are still virtual, and the city’s indoor recreational centers remain closed for youth programming.

For most students reopening can’t happen soon enough. Here are a few of their stories, which have been lightly edited for clarity and length.

‘What’s the whole point of opening up schools if you can’t go to the library?’ 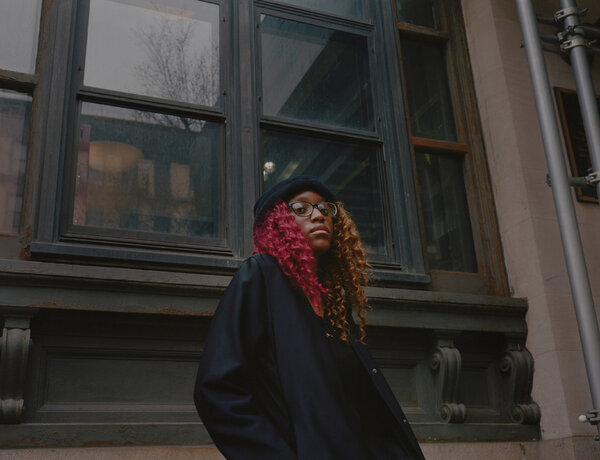 While living in homeless shelters as a child, Sam Bilal, 18, a senior at the Lowell School in Queens, could count on any public library to be a free, clean and quiet place to study. For the past year, the city’s public libraries have been open mainly as grab-and-go centers for books reserved online.

The 96th street library on the East Side was my second happy place, after home. I would go there after school, get my work done, then go home. The security guard knows me, some staff know me. It was like a family to me over there.

Sometimes, I would hang out with people after school but most times, I would just take the train with some of them, then we would go our separate ways and I would go to the library.

Libraries were the place you could rely on and have peace. I’ve been through shelters since I was 8 years old. My dad kicked out my mom, and she took me and my little sister with her. It was a lot of back and forth.

When I was in elementary school, right across the street was a library that my little sister, my mom and I would go to. We helped each other out with homework, played computer games, talked for a bit until the library was closing or it got dark.

But since 2017, I’ve been living in a NYCHA apartment. It can be a little distracting at home. My mom would have the TV up. My little sister would be somewhere around the room, playing her music.

Some kids out there might go to a cafe, but they have to buy something if they want to study. So it’s hard. The library is really the only option.