Home » Americas » The Police Killings Were Years Ago. New Prosecutors Are Reopening Cases.

The attorney general of Maine declined 14 years ago to prosecute the police officer who had killed Gregori Jackson, 18, a drunk passenger who fled on foot from a routine traffic stop in the town of Waldoboro. (“Legally justified,” the attorney general ruled.)

It was nearly 11 years ago that the district attorney in Westchester County, N.Y., found no crime when an officer, claiming he was about to be run over, had fired at Danroy Henry Jr., 20. He had bumped his Nissan Altima into the officer outside a bar while police responded to an unrelated scuffle inside. (“No reasonable cause” to indict, the grand jury concluded.)

And it was two years ago that the Los Angeles County prosecutor cleared the officers who had shot Christopher De’Andre Mitchell, 23. He had been in the driver’s seat of a stolen vehicle with an air rifle between his knees. (“Acted lawfully in self-defense,” the district attorney wrote.)

Now, in the aftermath of protests over racial justice and police abuse, new prosecutors are taking a previously rare step: They are reopening investigations into all three deadly car stops, asking whether the use of force was justified or if the officers should face criminal charges. Mr. Henry and Mr. Mitchell were Black, and Mr. Jackson was white. 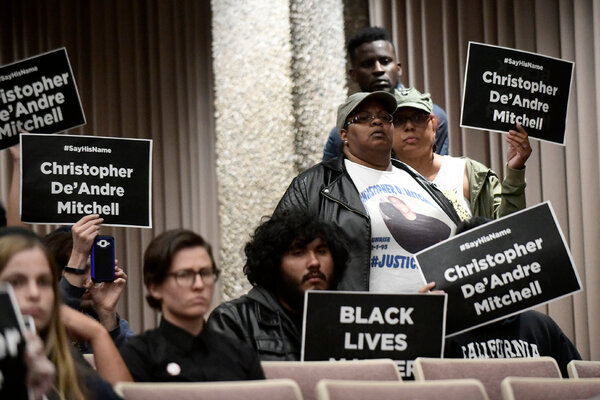 District attorneys in Democratic precincts around the country have been re-examining other old use-of-force cases, too — including 340 killings in Los Angeles County alone. They are promising a sharp break from the traditionally close relationship between the police and prosecutors that critics say has long shielded officers from accountability.

“For 200 years in this country we have been electing one kind of prosecutor,” said José Garza, who last fall was elected district attorney of Travis County, Texas, which includes Austin. But since the killing of George Floyd, he added, “People across the country have spoken up loudly and clearly to say they want a new way of being policed.”

So far, Mr. Garza’s team has persuaded grand juries to hand down 11 indictments against officers — including at least six for use-of-force incidents in 2019 and 2020 for which his predecessor had not sought charges.

The reviews are arousing furious resistance from police unions and conservative district attorneys, who call them political stunts that demoralize officers and are unlikely to sway trial court juries. Unions in Austin, Los Angeles, San Francisco and Philadelphia have backed campaigns to oust the top prosecutors.

At the same time, rising crime rates across the country are provoking a backlash against calls from last year’s protests to rein in the police.

“To go back and open up all the cases, because you have an absolute grudge against police officers and you’re trying to carry a badge of honor — ‘Look at me, look at me, I’m going to prosecute police officers, I’m going to hold them accountable’ — is turning the table completely upside down,” said Todd Spitzer, the district attorney of Orange County, Calif. A Republican, he is an outspoken supporter of the union-backed campaign to recall his Democratic counterpart in nearby Los Angeles.

“These counties where the ‘woke D.A.s’ are elected,” Mr. Spitzer said, “they are utterly destroying police morale. They are making it impossible to recruit police.”

The number of progressive district attorneys vowing new accountability for police has grown from a first wave of 14 in 2016 to more than 70, representing one-fifth of the U.S. population, according to Fair and Just Prosecution, a group that supports criminal justice reforms. Nearly half of the prosecutors are women, and nearly half are people of color.

Bringing charges against police officers for old use-of-force cases — especially those formally closed by their predecessors — is among the boldest of a range of changes many are seeking. Other policies have included compiling lists of officers deemed discredited as witnesses, requiring a search for corroboration to bring charges of resisting arrest, or reassessing past convictions for potential exonerations or sentence reductions.

Legal scholars say the efforts amount to a decisive test of the criminal justice system. “The stakes are enormous,” said Erwin Chemerinsky, the dean of the University of California, Berkeley School of Law and a member of a panel advising the Los Angeles district attorney on the review of past use-of-force cases. Noting the election of the progressive prosecutors coincides with increased awareness about officer misconduct, he asked, “Will these combine to reform policing, or will we just revert to where we were?”

The progressive prosecutors reflect “the anti-cop political moment,” said Hannah E. Meyers, director of policing research at the conservative Manhattan Institute. “But if we are serious about reform,” she asked, “is this endeavor really the way to have a system for putting the best cops in those positions and for justice when police act badly?”

Legal codes and court precedents generally allow police to use lethal force if they reasonably believe it necessary to defend themselves or others from imminent harm. Persuading a jury that an officer’s professed fear was unreasonable can be a high hurdle, prosecutors often say, especially in the context of vehicle stops, where police training and culture typically overstate the dangers to officers.

A recent New York Times investigation found that since the fall of 2016, officers have killed more than 400 drivers or passengers who were not wielding a gun or a knife, or under pursuit for a violent crime. In about 250 of the cases, officers later claimed a driver used a vehicle as a weapon, and most officers killed with impunity: Only five have been convicted of crimes. (About two dozen cases are pending.)

One of those rare convictions came this fall in the 2018 police shooting in Danville, Calif., of a driver, Laudemer Arboleda, who was 33 and mentally ill. He had ignored an attempted traffic stop and continued to drive slowly when he was fatally shot by Officer Andrew Hall. Mr. Hall claimed Mr. Arboleda was attempting to use his vehicle as a weapon. The officer returned to duty, and in March, he fatally shot a homeless man who was holding a folding knife during an encounter in the street.

District Attorney Diana Becton of Contra Costa County charged Mr. Hall in April for the death of Mr. Arboleda. He was convicted in October of felony assault with a semiautomatic firearm. (The jury deadlocked on a manslaughter charge; Ms. Becton’s office is still investigating the killing of the homeless man.)

“Vehicle cases can be difficult,” she said. “But we also know that we now have a conviction on one of the charges.” 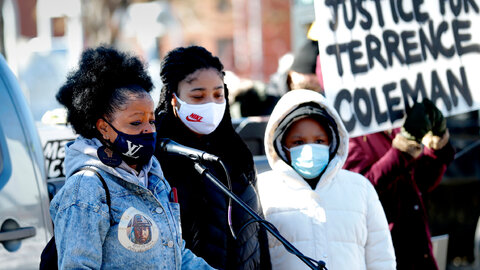 While we were reporting on traffic stops, a forensics expert told us district attorneys were hiring him to review old cases against police officers. But was this really happening?

Here’s what we learned → 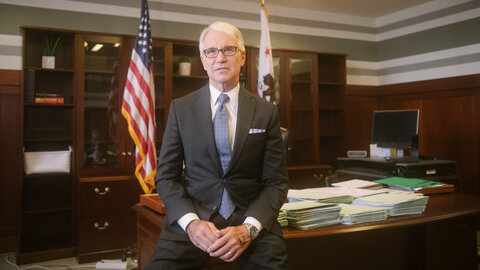 Los Angeles County District Attorney George Gascón is reviewing as many as 340 killings since 2012. He told us that communities of color have always known that unaccountable policing was a problem. But since George Floyd, everyone else understands too. “It is in their living room,” he said.

District Attorney Miriam Rocah of Westchester County, N.Y., explained why she is re-examining two police shootings of Black men that both took place 10 years ago.

“They were looked at in a certain time, through a certain lens,” she said.

“But I think we have a much greater understanding now of the dynamic between people of color and police, and about the need for de-escalation.” 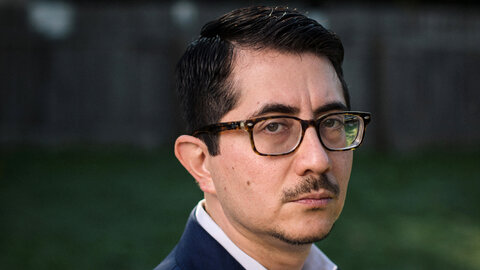 We learned that José Garza, of Austin, Texas, has brought 11 indictments against police during his first year in office.

He told us: “For 200 years in this country, we have been electing one kind of prosecutor.” 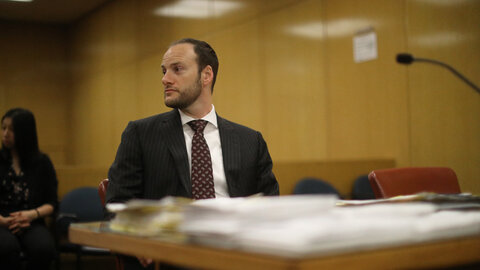 Advocates for the police accuse the prosecutors of playing politics and undermining public safety.

Mike Edes, executive director of the Maine police union and a former officer, was involved in a shooting on duty in 2004, and he told us that he worried that a prosecutor who had re-examined an old case might come after him too.

“If she doesn’t like the outcome, is she going to go back 17 years and reinvestigate it?” he asked. “Where’s this going to stop with her?”

Read our article here. Or check out more from the series: 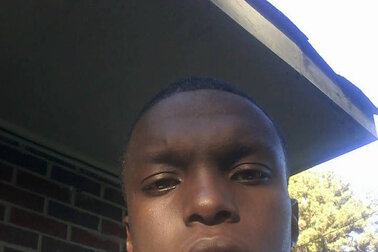 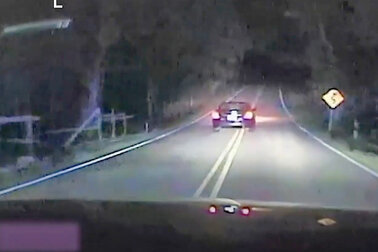 McConnell is said to be pleased about impeachment, believing it will be easier to purge Trump from the G.O.P.

‘A long line of hate’ against Asian-Americans in N.Y.C.