FAIRBANKS, Alaska — The Arctic National Wildlife Refuge is one of the most pristine landscapes in the United States. But that may soon change as the Trump administration seeks to exploit an untapped trove of oil beneath its coastal plain.

Since Congress approved a measure last December to open the coastal plain to oil exploration, the Department of the Interior has been charging ahead with a plan to sell drilling leases as early as next year. Trucks weighing 90,000 pounds could begin rolling across the tundra even before then to conduct seismic tests that help pinpoint oil reserves.

The hurried approach has alarmed some government specialists and environmentalists, who say that risks to wildlife and damage to the tundra are not being taken seriously enough. And it comes as the Trump administration moves more broadly to exploit fossil fuels in Alaska and beyond, erasing restrictive policies that were designed to protect the environment and address global warming.

The New York Times examined how, in the space of about a year, the refuge’s coastal plain — known as the 1002 Area — went from off-limits to open for business. Here are six takeaways.

Until now, drilling proponents have faced 50 years of frustration

In 1960, Congress set aside millions of acres of land in northeast Alaska for wildlife protection, but the discovery of oil reserves around Prudhoe Bay in 1968 suggested such riches may also exist elsewhere, including under the coastal plain.

Ever since, Alaskan lawmakers have been at the forefront of a push to allow oil exploration in the plain. In 1980, Congress passed conservation legislation that left an opening for eventual oil and gas development there, but over the years opponents blocked repeated attempts by Alaskans — and Republicans — to proceed.

While Alaskans generally favor drilling in the state, a poll last year by researchers at Yale and George Mason Universities showed that 70 percent of registered voters nationwide opposed it in the reserve. There is also the question of whether additional domestic oil production is even necessary in the United States, especially in the Arctic — where it is costly to produce — as the world needs to eventually wean itself off fossil fuels.

The tax overhaul provided a novel opening to authorize drilling

The 2016 election brought about a rare opportunity. With Republicans controlling Congress and the presidency, the opening of the refuge to oil exploration became an urgent priority for Senator Lisa Murkowski, Republican of Alaska, and others in her party.

Democrats in the Senate still had the ability to filibuster any legislation that would directly authorize drilling, so Ms. Murkowski found an end run. She engineered a provision in last December’s tax overhaul bill that characterized oil exploration on the coastal plain as a way to grow federal revenues. The bill passed the Senate on a straight party-line vote. When President Trump signed it into law with much fanfare, he was also authorizing drilling in the refuge.

Drilling plans are being overseen by Alaska-friendly officials

In preparing to see through the new authorization, the Department of the Interior, which has jurisdiction over federal lands, filled key jobs with appointees who were committed to oil exploration and had deep connections to Alaska.

A former Washington lobbyist, David Bernhardt, was appointed deputy Interior secretary. In 2014, he had represented the state of Alaska when it sued the federal government over its refusal to review oil exploration plans for the refuge. Another top appointee, Joe Balash, had served as Alaska's commissioner of natural resources at the time of the lawsuit.

Officials with the Interior Department pledge to conduct an impartial process, but environmental groups fear the new appointees are pursuing a predetermined outcome. 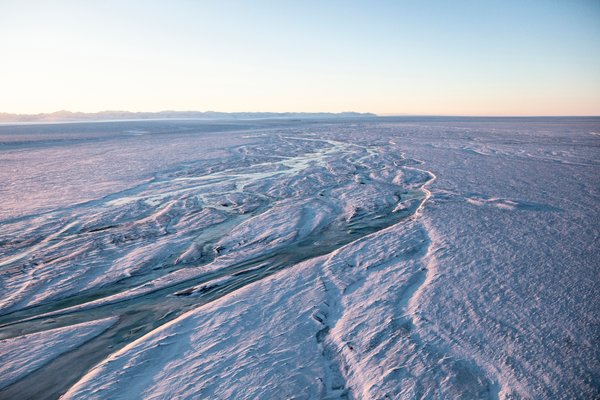 Environmental evaluations are being conducted at top speed

Before it can begin selling leases to drill for oil, the Interior Department is required by law to conduct environmental studies to help identify and address potentially negative consequences.

The studies are typically time-consuming and involve extensive public engagement. But the Trump administration has moved to fast-track them. The biggest and most important of the studies is on pace to be completed in half the usual time, and only one public hearing has been held outside Alaska.

Opponents fear that cutting corners could jeopardize the environment or put wildlife, such as polar bears, in harm’s way. They point to problems associated with seismic testing in the mid-1980s. But the Interior Department says that its procedures have improved since then, and that the environmental reviews can be conducted more speedily this time because of previously collected scientific material.

An Alaska Native corporation has much to gain from drilling

Big-name oil companies have been largely absent from the public discussions about tapping oil reserves on the coastal plain, but a lesser-known company called Arctic Slope Regional Corporation has taken a leading role.

The corporation, one of 13 formed in the 1970s to foster economic development among Alaska’s indigenous population, stands to enjoy a windfall from oil development, in part because it separately owns rights to drill on 92,000 acres within the coastal plain. The corporation, which has been a key financial backer of Ms. Murkowski, ramped up its lobbying efforts in Washington under the Trump administration.

The role of A.S.R.C., a private company that counts 13,000 Alaska Natives as it shareholders, has become a flash point in the debate between Native communities over the fate of the coastal plain.

Natives who live in the coastal area, many of whom are A.S.R.C. shareholders, generally support oil development. Other Natives who live south of the refuge oppose drilling. They fear it would disturb the migration of porcupine caribou, animals they have hunted for centuries for food.

The first trucks could arrive in months, but drilling is still a long way off

Drilling proponents of drilling have never been this close to achieving their goals, but even the most optimistic among them say actual drilling is a decade or more away.

The potential headwinds are formidable.

For one, environmental groups are closely watching every step of the process, and lawsuits are likely. And Democrats will soon control the House of Representatives, and are pledging to make aggressive oversight of the leasing process a priority.

For its part, the Interior Department says it is using extreme care, knowing full well the challenges ahead.

Steve Eder is an investigative reporter, writing about the federal government under President Trump, as well as his personal businesses. He has previously covered the 2016 presidential campaign and wrote for the Sports desk. @steveeder

Henry Fountain covers climate change, with a focus on the innovations that will be needed to overcome it. He is the author of “The Great Quake,” a book about the 1964 Alaskan earthquake. @henryfountain • Facebook

A ‘Wartime Factory’ in Brooklyn Is Fighting Coronavirus

Walmart to stop selling certain gun ammunition in the US