Will Donald Trump be a spent political force when he is replaced on Wednesday by Joe Biden after a single term in office?

The Republican party has not done well under his leadership. It has lost control of the White House, US Congress and the Senate to the Democrats.

But Trump still has a loyal “base”.

At 74.2 million, he claims – truthfully – that he got more votes in the 2020 election than any previous candidate, Republican or Democrat. His problem is that Biden got seven million more, 81.3 million.

If it is to dominate national politics again, the Republican party needs to rebuild support, but the senior American conservatives I’ve been speaking to are divided on what his role will, or should, be going forward. 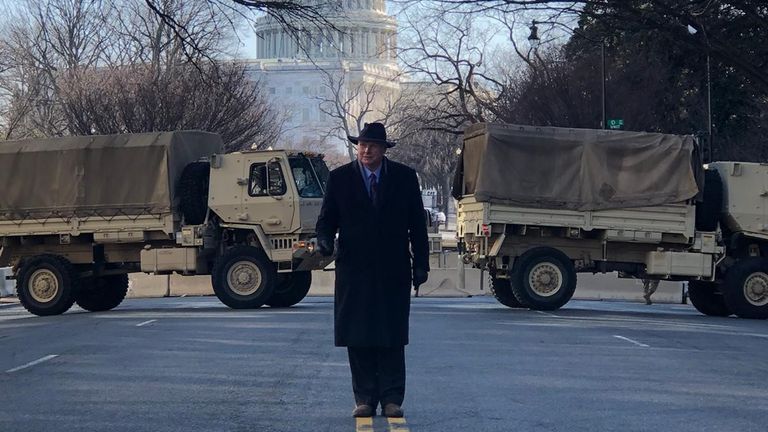 The journalist and editor Bill Kristol was a leading figure in the neo-conservative movement which dominated the right during the Reagan and Bush years – but he broke with the Republicans to become a “Never Trumper”.

He believes Trump has so undermined the pillars of government that a reconciliation soon is off.

“The corruption of Trumpism, the step by step willingness to tolerate ‘well, little bit of lying, little bit of demagoguery does it really matter?’ We have had a president for four years just hammering away at that, and a party rationalising and enabling that, and the combination I think has done damage that isn’t going to go away in a week or a month or a year.”

John Bolton disagrees – even though he quit as Trump’s national security adviser and did not vote for him in 2020.

“There is no such thing as Trumpism”, he says.

“Trump supporters are not an unchangeable block of granite. At noon on the 20th January Trump goes from sitting in the most powerful office in the world, the Oval Office, to sitting by the pool in Mar-a-Lago. It will never be the same again.”

Like Bolton, the reality TV star Omarosa Manigault Newman lasted barely a year working for President Trump, in spite of being a friend since she was in the first series of The Apprentice in 2004.

Whether he is found guilty in the Senate or not, she predicts he won’t be able to stay out of it.

“He’s going to meddle in politics because he can’t help himself,” says the author of Unhinged: An Insider’s Account of the Trump White House.

“Now that he’s been stripped of his megaphone of Twitter expect to see Donald Trump trying to gain traction anywhere he can… because that’s the narcissist he is.”