Home » Americas » The U.S. Parts With Some of a Vaccine Stockpile It Currently Can’t Use

The Biden administration said it would send Canada 1.5 million doses of the AstraZeneca vaccine from an inventory measured in tens of millions.

To many Canadians, it seemed decidedly unneighborly. Canada’s initial coronavirus vaccination program moved at a stately pace over the winter, while inoculations in the United States raced ahead. But Washington was unwilling to share any of its stockpile of tens of millions of doses of a vaccine it had yet to approve for use by Americans. 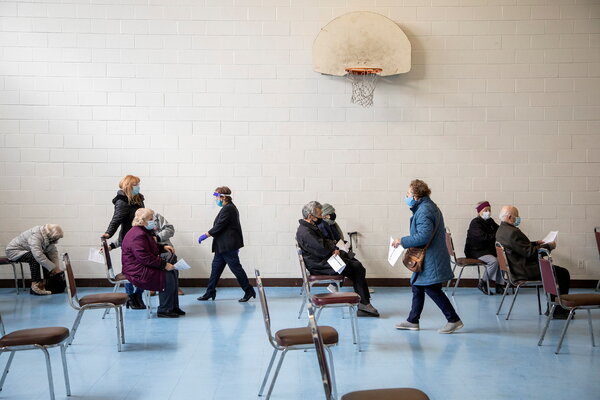 This week, that shifted. After weeks of suggesting that any vaccine diplomacy was well into the future, Jen Psaki, the White House press secretary, said Thursday the United States was planning to share 1.5 million doses of the AstraZeneca vaccine with Canada and 2.5 million doses with Mexico.

[Read: U.S. to Send Millions of Vaccine Doses to Mexico and Canada]

The White House announcement seemed to catch Ottawa officials off guard. Hours passed before Anita Anand, the cabinet minister responsible for buying vaccines, issued a statement that read more like an insurance policy than a note of thanks.

“After numerous discussions with the Biden administration Canada is in the process of finalizing an exchange agreement,” it read in part.

Ms. Anand and Prime Minister Justin Trudeau had little more to add on Friday afternoon, saying only that the talks were still underway and that the details would come later.

Bones found on beach in Quebec’s Gaspé are from 1847 Irish shipwreck: Parks Canada