An unusual murder mystery is playing out inside the Hazelton penitentiary in West Virginia.

The prime suspects — inmates — are already locked up. The victim was an aging mobster, someone plenty of people had reason to want dead.

But how James (Whitey) Bulger, the crime boss and law enforcement informant from Boston, came to be murdered just a few hours after arriving at Hazelton is still a puzzle.

Among the questions investigators are trying to answer, according to interviews with more than a dozen Federal Bureau of Prisons employees, lawyers with clients inside and relatives of inmates, are these:

Of at least four men sent to solitary confinement following the attack, which ones beat him to death?

Why was Mr. Bulger, a notorious informant in frail health, placed with other inmates in the general population?

And how did Mr. Bulger come to be transferred to Hazelton to begin with?

Mr. Bulger, who famously yanked the teeth out of his murder victims to thwart identification, was sentenced to life in prison in November 2013, after 16 years on the run and 12 on the F.B.I.’s Ten Most Wanted list.

In September 2014, he was sent to Coleman II, a Federal prison in Central Florida that prison workers say is known as a safe haven of sorts for inmates who might need extra protection, like informants and former gang members.

At Coleman, Mr. Bulger wielded enough influence to have “runners,” other inmates who would sneak him food from the chow hall and snacks from the commissary, prison workers said. The prison employees interviewed for this article asked to remain anonymous because they feared retaliation from the Bureau of Prisons for discussing nonpublic information.

Mr. Bulger’s relatively peaceful time at Coleman ended when he clashed with a female medical worker, refusing some treatment, a prison worker said. In February, Mr. Bulger told the medical worker that her day of reckoning was coming. His punishment, according to prison records, was a month in solitary confinement.

But instead of being returned to his regular cell after a month, he languished in solitary for seven more months. An attempt was made in April to transfer Mr. Bulger to another prison, but it was denied, the records showed. It was not clear who initiated the request. The code listed in the records as the justification for that transfer indicated that he needed hospitalization and treatment. 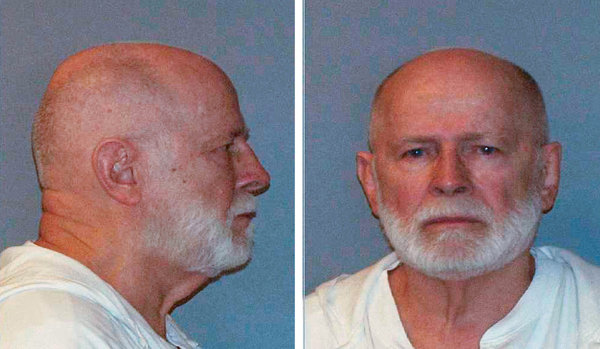 Prison employees said it was common to punish inmates by transferring them to a different facility. The workers call it “diesel therapy,” after the buses that transport inmates from prison to prison.

Several prison workers speculated that medical transfer codes might have been used in the records to make it easier to move Mr. Bulger. The Boston Globe reported that his medical classification, known as a “care level,” had suddenly been lowered by prison authorities, which would have indicated that his health had improved, perhaps making him eligible to transfer to Hazelton.

On Oct. 8, another transfer request was approved, and on Oct. 29, he was moved to Hazelton. The code that time indicated that he had completed medical treatment.

Mr. Bulger was nearly 90 years old, used a wheelchair, and suffered from heart problems, among other maladies. A lawyer for Mr. Bulger declined to comment on whether he had undergone medical treatment while in solitary.

The Bureau of Prisons said in a statement that Mr. Bulger was transferred because he had made “a direct serious threat” against a staff member at Coleman, and not because of a medical reason. It was not clear from the bureau’s statement whether the object of the threat was the medical worker Mr. Bulger had clashed with, or someone else.

When a federal prison wants to transfer an inmate, the move must first receive multiple approvals, and the requests are frequently denied. If prison staff members are trying to get rid of an inmate who has become a nuisance, they will sometimes resubmit the requests with different codes until they are approved, prison workers said.

Once approval is granted, prison workers said, an office in Texas decides which prison the inmate will be shipped to. Then, a number of officials at the original facility — including the inmate’s case manager, the unit secretary, associate wardens and the warden — have to sign off.

When the inmate arrives at the new prison, the staff there, including Special Investigative Services, a group that examines cases of prison misconduct, are supposed to determine whether the inmate needs to be separated from any other prisoners.

Several prison workers questioned why so many people at Coleman and in the Texas office would have approved a transfer of Mr. Bulger to Hazelton, a facility that houses some inmates tied to organized crime and that has a reputation for being dangerous for snitches. The workers also questioned why staff members at Hazelton would have approved placing Mr. Bulger in the prison’s general population. Mr. Bulger was the third inmate to be killed at Hazelton this year.

[Read how staffing shortages have made federal prisons more dangerous.]

“That was a monumental failure,” said one prison worker, “and a death sentence for Whitey.”

The Bureau of Prisons, in its statement, said that Mr. Bulger’s transfer to Hazelton was made in accordance with its policy, including a review of whether inmates known to be a threat to Mr. Bulger were at the prison.

“Based on extensive correctional security observation, (and contrary to published reports), members of crime families are not generally considered to be a threat of harm to one another when placed together in the same federal facility,” the statement said.

But in interviews, prison workers disputed that this would have been the case with a brazen informant like Mr. Bulger, who manipulated the F.B.I. while he betrayed and murdered rivals. Several workers questioned why Mr. Bulger was not immediately placed in solitary at Hazleton for his own protection.

One employee said that murdering a larger-than-life informant like Mr. Bulger would elevate the status of the perpetrators among fellow inmates.

“It puts you on a Jesus level,” he said. “You walk on water for the rest of your sentence.”

Mr. Bulger arrived at Hazelton in the early evening on Oct. 29. According to prison records, he was initially assigned to a cell with Paul J. DeCologero, a member of a Massachusetts organized crime group headed by his uncle, Paul A. DeCologero, that was accused of dismembering a teenage girl in the 1990s.

Two former law enforcement officials — Thomas J. Foley, the retired superintendent of the Massachusetts State Police, who led the investigation of Mr. Bulger that resulted in charges in the mid-1990s, and Ed Davis, the former commissioner of the Boston Police Department — said they knew of no rivalry or quarrel between Mr. Bulger’s criminal enterprise and the DeCologero crew.

The cell had been prepared: In the week before the transfer, Mr. DeCologero had been moved from the lower bunk to the upper bunk. But for some reason, about an hour after Mr. Bulger was assigned to the cell, and perhaps before he had even set foot in it, he was reassigned.

His new cellmate was Felix Wilson.

The two prisoners were very different. Mr. Bulger, who terrorized South Boston in the 1970s and ’80s, was serving two life terms for his role in 11 murders. Many families of his victims publicly celebrated the news of his death.

Mr. Wilson, on the other hand, was a 26-year-old man from Portsmouth, N.H., serving a 30-month sentence after he had been stopped for riding his bicycle on the wrong side of the road and the police found a gun, according to court records. He was scheduled to be released next year.

Before he was sentenced, his lawyer told the court that his client suffered from mental health issues and that he had an I.Q. of 82. There is no evidence that Mr. Wilson has ties to any crime family.

Mr. Wilson was assigned to the upper bunk; Mr. Bulger took the lower one.

Mr. Bulger was in the same unit at the prison as Fotios (Freddy) Geas, a mafia hit man from West Springfield, Mass., serving a life sentence for murder. Mr. Geas himself had recently been paired up with a new cellmate, Sean McKinnon, 32, from Montpelier, Vt., who was convicted of stealing firearms and was scheduled to be released in about four years. There is no evidence connecting Mr. McKinnon to any crime family.

Mr. Geas’s lawyer, Daniel D. Kelly, said that his client and Mr. DeCologero did not know each other before they went to prison, and that Mr. Geas and Mr. Bulger had never crossed paths.

On Oct. 30, the morning after the transfer, the cell doors at Hazleton were unlocked as usual at 6 o’clock so that inmates could go to breakfast, according to employees. Two corrections officers were assigned to the area where Mr. Bulger was being housed, the employees said, and on a typical morning, at least one of the officers would have moved away to monitor inmates as they walked through metal detectors on their way to the dining hall.

Sometime between 6 and 8 a.m., when prison staff members made rounds, cameras caught video images of at least two inmates rolling Mr. Bulger into a corner of his cell. He was beaten savagely with a padlock in a sock and was found wrapped in blankets, posed as if he was sleeping.

Mr. Geas, Mr. DeCologero, Mr. McKinnon and Mr. Wilson were whisked to solitary later that day, according to records. Prison workers said that Mr. Geas, whose lawyer has said that he has a particular distaste for people who cooperated with law enforcement, was thought to be part of the group that participated in the beating. It was unclear whether the other three were suspected of having been involved in the beating itself, in planning it or covering it up, or had merely been moved to solitary as a precaution while the investigation proceeds.

Investigators are questioning people at Hazelton and Coleman, employees said. The Federal Bureau of Prisons declined interview requests. In its statement, the bureau spoke of two assailants, and said that one had “no known ties to any crime family.”

“The alleged assailants were not known to be threats nor had any known geographical ties to Bulger,” the bureau said.

But then it introduced another mystery, given that both Mr. Geas and Mr. DeCologero were Massachusetts mobsters. The “documented legal residence of both individuals” suspected of beating Mr. Bulger, the bureau said, “was not Massachusetts.”