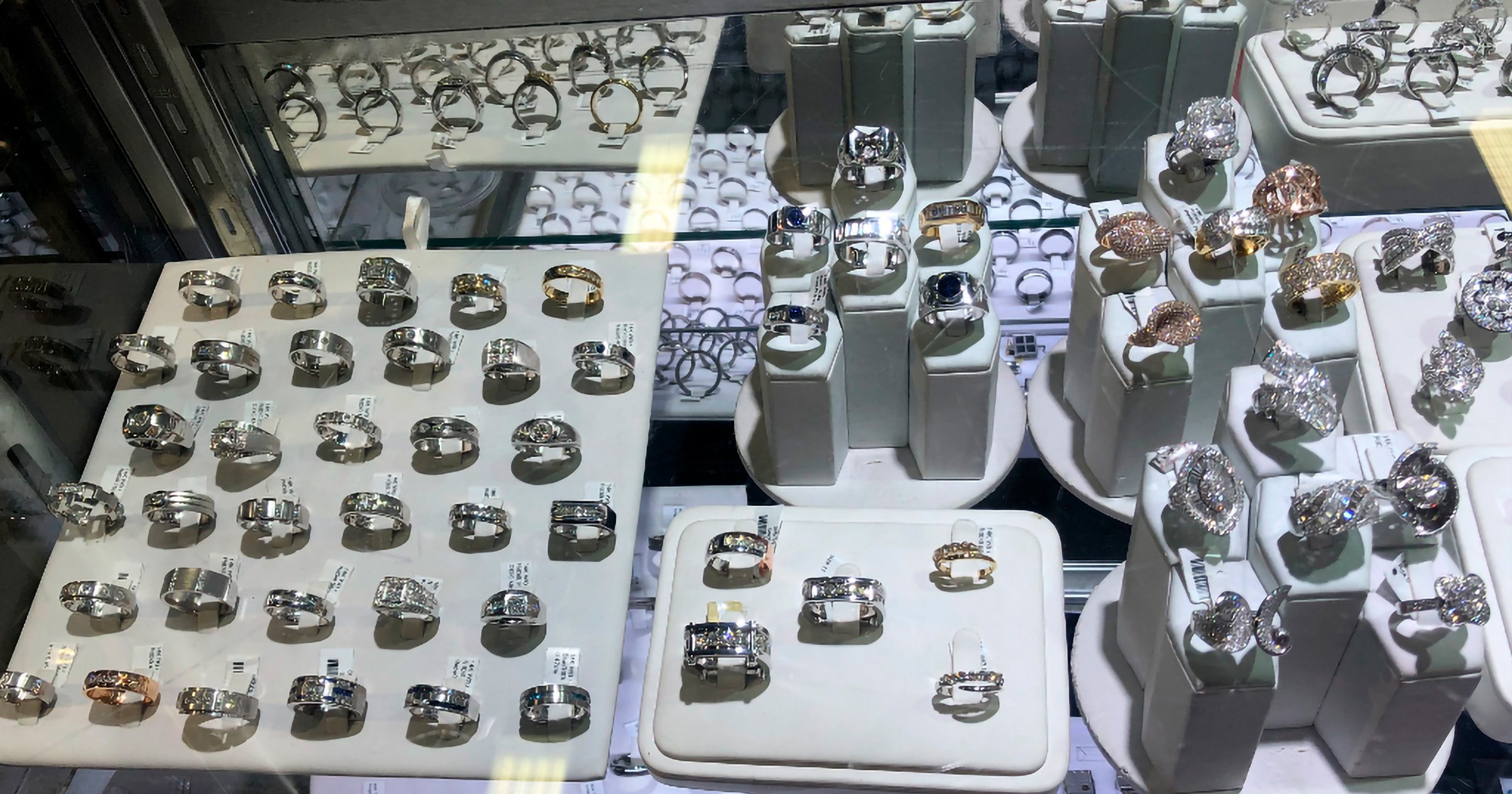 A truck driver was asleep in his cab at a rest stop when thieves broke in and reportedly stole millions of dollars worth of gems, gold and jewelry.

Two truck drivers working for the private security company Brink’s stopped at a rest stop in rural California on July 10. One driver went inside to eat, while the other fell asleep in the truck’s sleeping berth.

When the first driver returned after 27 minutes, he found the truck’s lock broken. The sleeping driver said he did not see or hear anything unusual.

The heist took place at a Flying J rest stop in Lebec, California – about 75 miles north of Los Angeles. The jewels were headed for a trade show in Pasadena.

Some of the items stolen included large blue gemstones, silver rings and luxury watches, according to photos handed out by the FBI.

Brink’s valued the stolen goods at less than $10million. But the 14 jewelers, who describe themselves as ‘mom-and-pop’ businesses, claim the items were worth about $100million in total, according to several lawsuits.

They allege that Brink’s instructed them to undervalue the jewels on the shipping manifest to save money.

Brink’s and jewelers have both sued each other to determine the value and whether Brink’s is liable to a $100million payout in damages.

If the jewelers prove to be correct, it would make the heist one of the biggest in US history.

‘We are astounded by Brink’s lack of support for their longtime customers who thought they were in safe hands with Brink’s,’ an attorney for the jewelers said. ‘Our clients have lost virtually everything in this theft, including their source of income.’

The jewelers have also named the two truck drivers as co-defendants in the lawsuit, who they say were ‘grossly negligent’ for their conduct at the rest stop. Brink’s said the drivers followed all Department of Transportation protocol.