Home » Americas » This School Was Built for Idealists. It Could Use Some Rich Alumni.

In 1918, as another pandemic roared through the country, now entering its second year at war, a group of prominent intellectuals drafted a proposal for a new kind of university in Manhattan, one that would break with hundreds of years of tradition in higher learning. What became the New School for Social Research only a year later would not emphasize degrees or Latin or pander to youth or privilege. Instead, it would concentrate on meeting the demands of an increasingly turbulent and urban world.

The moment was perfectly tuned for this sort of innovation. The growth of cities, the rise of labor, the stirring movement of the suffragists all required an evolved understanding of the country’s power structures and political arrangements.

The Ivy League, steeped in the values of the ruling class and plagued by a chauvinistic uniformity of thought, was unlikely to supply it. Those schools would not produce a talent pipeline of union chiefs, reformers, housing advocates, social critics — antagonists of an unjust existing order. The New School would generate leaders who prioritized the needs of the common citizen.

Over the course of the next century, the university grew to include five distinct colleges and claim faculty members (Hannah Arendt, Jacques Derrida, Erich Fromm) who were among the most distinguished thinkers of the 20th century. But like so many institutions rooted in progressive purpose, the university would learn all too painfully that idealism is expensive. 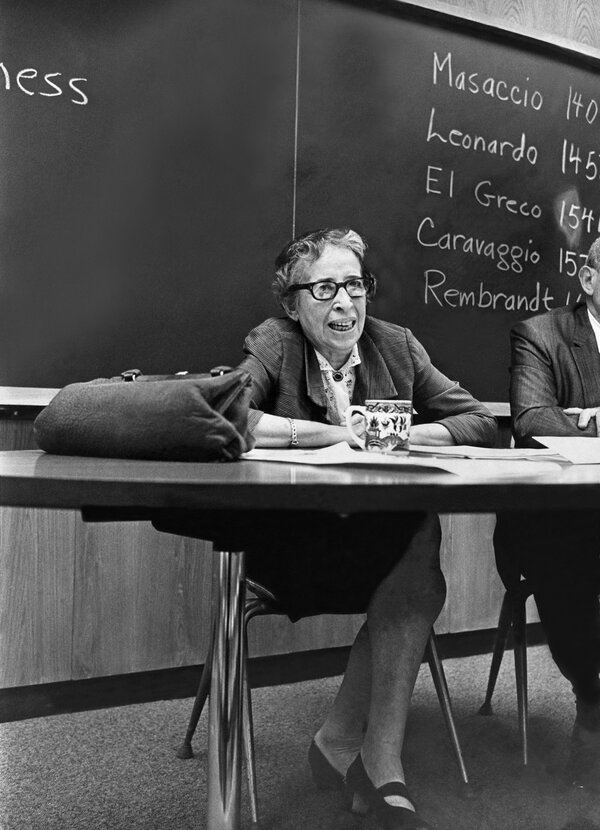 By the time the coronavirus arrived to darken the fortunes of so many universities around the country, the New School had already been dealing with longstanding financial difficulties. It would soon face a budget shortfall of $130 million and was set to draw down its endowment by an astonishing $80 million, nearly a quarter of its total value.

To put that figure in perspective, the president of Princeton said in May that spending anywhere above 6 percent of the university’s $26 billion endowment — roughly $1.5 billion — was “not sustainable.” The New School had reached the point of existential crisis long before Princeton ever would.

Given the New School’s history, the handling of these challenges has produced a mountain of ironies. Founders of the university had envisioned an institution where faculty was largely self-governing — a model that eliminated “the usual administration retinue’’ to keep overhead expenses to a bare minimum. Now the university was confronting a staff and student body outraged over what they viewed as a bloated and top-heavy bureaucracy amid sudden and desperate cost-cutting.

How was it possible that an institution marketing its progressive credentials to prospective students around the world could remain blind to its own inequities? Why were there now budget cuts to libraries, for instance, when so many executives at the university were making so much money?

In recent weeks, faculty and staff have been in revolt over the implementation of cuts that seem to distribute the burdens of austerity unevenly. When Sanjay Reddy, an economics professor at the university analyzed compensation data, he found that management salaries had increased by 45 percent between 2014 and 2019. During that same period revenue increased only 17 percent.

In fact, Mr. Reddy’s data also show that as a proportion of endowment, in 2017 the president at the New School made far more than the president of Harvard. (The university counters that the compensation for its highest-paid employees — as a percentage of total salaries — has decreased over the last seven years.)

In April, the university announced that it was cutting the salaries of the leadership team by 12 percent — and the salary of the new president, Dwight McBride, who had the strange fate of beginning just that month, by 15 percent. But even with furloughs and slashes to retirement plans, this was not going to be enough to shore things up. So on Oct. 2, the New School laid off 122 employees — most of them low-level administrators and clerical workers in what struck faculty and staff as the deepest betrayal of the school’s principles.

A recent letter to the administration from students in the economics department pointed out, that the value of the president’s residence, a townhouse owned by the university for many years now worth roughly $15 million, would cover the salary of the recently terminated assistant in their division for 340 years.

In a video teach-in organized to convey the collective anger around staff reductions, Emerson Brathwaite,an assistant in the drama department, spoke about feeling discarded. “I am the only person of color in the administration at drama for the last 15 years,’’ he said as one of those who was laid off. “How do you guys preach EDI” — meaning equity, diversity and inclusion — “and you release the only person of color you have on your staff?”

A consistent source of grievance among faculty members has been the administration’s reluctance to mine their expertise to manage the current upheaval. This, too, has been perceived as an insult in light of the school’s conception as an engine of modern problem-solving. Instead, administrators hired a corporate consultancy called Huron, an outfit founded by former partners at Arthur Andersen, the accounting firm that collapsed in connection with the Enron scandal.

“The McKinsey-fication of everything is not helpful,’’ Rachel Sherman, the chair of the sociology department, told me. “We have departments full of economists and social scientists. I’m not saying let the theater department do this, or that we can dance our way to solvency.”

When I asked a spokeswoman for the university about these ongoing conflicts she said, “The New School remains strong and resilient," adding that the university’s decision making “was guided by values of equity, inclusion, and social justice, and with input from faculty, staff, and student leaders across our campus.”

Several days ago, Mr. McBride took questions from faculty members in a conference call. They wanted to know about Huron. Mr. McBride answered, in part, that the consultants were able to provide “quantitative analytic capacity.”

This sounded like the vague and suspicious vernacular of management advisers, not the spoken language of a university president and humanities scholar — Mr. McBride has a doctorate in English — who wrote a book called “Why I Hate Abercrombie & Fitch: Essays on Race and Sexuality.”

Mr. McBride went on to explain that anyone you talk to in higher education would acknowledge the profound pressures of the current moment. “They manifest themselves in different ways,’’ he said, “depending on — just to be candid and crude — how rich you are as an institution.”

Here, he had landed on the crux of things. The New School, like Hampshire College, for example, another avant-garde citadel pushed to the brink of closure last year, was not in the practice of graduating students to private equity and venture capital and Citibank.

It would never be rich because its alumni weren’t. The New School’s financial model is almost entirely tuition-dependent; the pandemic simply laid bare its unusual vulnerability. Crushing mistakes had been made long before the new president’s appointment. Chief among them, the decision, a decade ago, to build a university center on Fifth Avenue.

Cultural institutions do not expand their real-estate footprint like home buyers turning to mortgage brokers. They fund huge capital projects by finding billionaires to pay for them, typically in turn for name placement. Instead, the university borrowed the money — more than $300 million of the total $400 million cost.

The New School was born in a moment of tumult; 100 years later it finds itself in an equally chaotic time. At a moment of historic social reckoning it could play a vital role in reshaping the world; instead it has been left in a position of falling down on values it can no longer seem to afford. Here it has company. Increasingly, we are seeing that the upkeep of progressive principles too often costs money progressive institutions don’t have.

Late in the summer, when teachers at Brooklyn Friends, a Quaker private school founded in 1867, sought to unionize, the head of school immediately challenged the move by petitioning the National Labor Relations Board (eventually, after a strike, the teachers prevailed). Brooklyn Friends has one of the smallest endowments in the independent school universe of New York.

To survive, the New School will have to think inventively about new ways to make money: It will surely have to consider selling off real estate and refinancing its debts. Julia Ott, a historian at the university who advances critiques of capitalism, had her own great idea, of the kind impossible to imagine coming from high-priced consultants.

What if the university leveraged its bohemian cachet to raise money from those who socially benefit from proximity to it? Ms. Ott was talking about the uncountable number of hedge fund managers who occupy the West Village to demonstrate that they are cooler than hedge fund managers who occupy the Upper East Side. The cultivation of your self-image should cost at least as much as the price of your townhouse. Wasn’t it time to pony up?