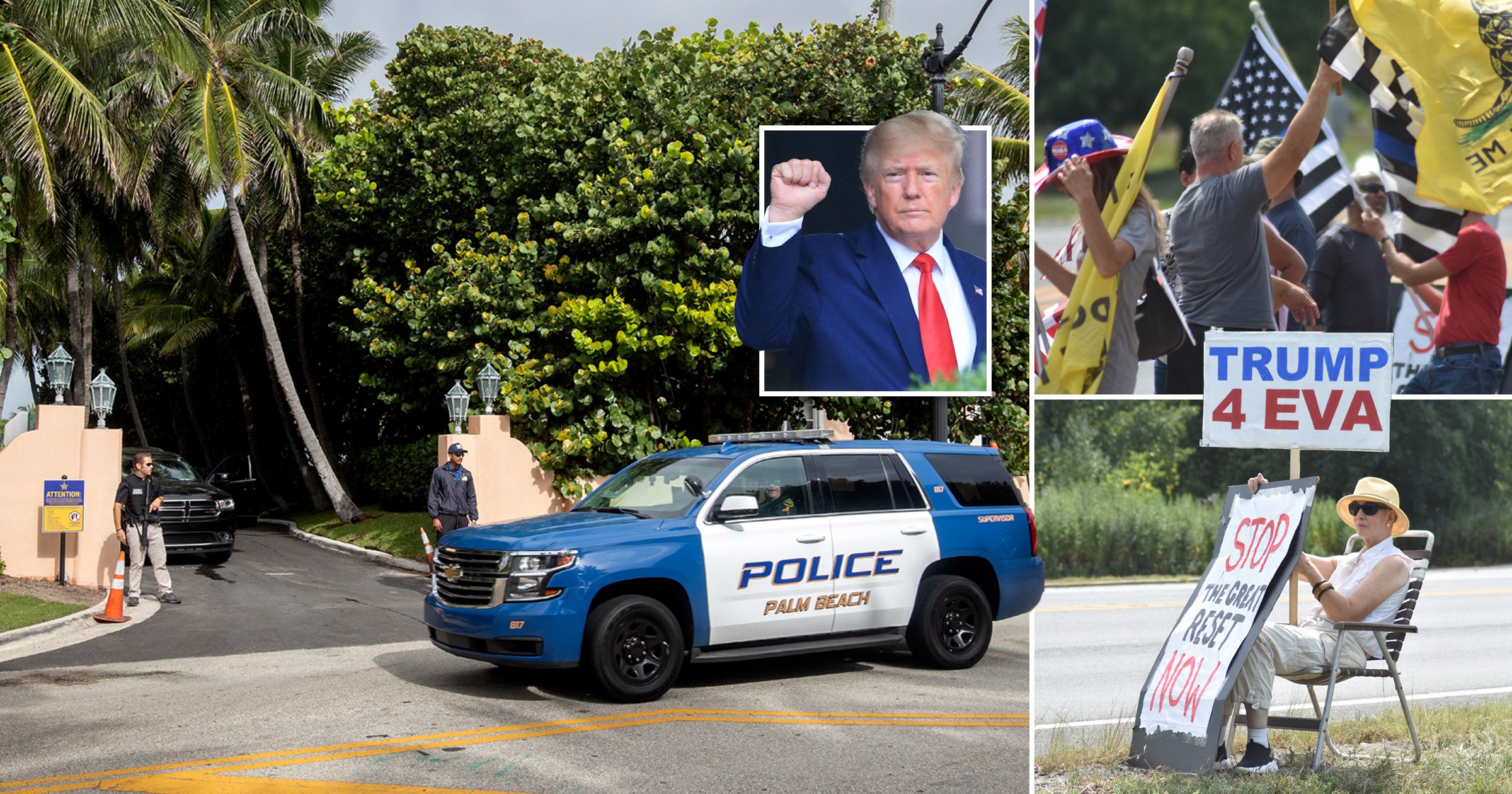 The FBI is being bombarded with an ‘unprecedented’ wave of threats against its agents after it raided Donald Trump’s £133million Mar-a-Lago estate.

In a leaked bulletin, the agency and Department of Homeland Security (DHS) said warnings in the wake of last week’s morning raid included thugs talking of planting a ‘so-called dirty bomb in front of FBI Headquarters’ and extremists ‘issuing general calls for “civil war” and “armed rebellion”.’

The admission has emerged three days after 42-year-old Ricky Shiffer – who called for all-out civil unrest and FBI agents’ deaths in his estimated 364 posts on Trump’s Truth platform – was shot dead after he fired a nail gun at the FBI’s Cincinatti bureau.

Published on Sunday by CBS News, the bulletin added: ‘The FBI and DHS have observed an increase in threats to federal law enforcement and, to a lesser extent, other law enforcement and government officials following the FBI’s recent execution of a search warrant in Palm Beach, Florida.

The FBI and DHS also said they have ‘observed an increase in violent threats posted on social media against federal officials and facilities’.

It added those threats were ‘specific in identifying proposed targets, tactics, or weaponry’.

The bulletin also warned people have published personal information about agents online as part of what are feared to be hit lists.

Known as ‘doxxing’, it said there had been a surge in ‘the personal identifying information of possible targets of violence, such as home addresses and identification of family members, disseminated online as additional targets’.

It also warned the upcoming 2022 midterm elections could become ‘an additional flashpoint around which to escalate threats against perceived ideological opponents, including federal law enforcement personnel’.

Republican and ex-FBI agent Brian Fitzpatrick of Pennsylvania has revealed he was told his life was ‘in danger’ amid the fallout from the Trump raid.

He said it stemmed from ‘some of the same people’ now heaping verbal attacks against federal law enforcement.

After mounting pressure to make the warrant public, it has been unsealed in a deal between the former president’s attorneys and the Justice Department.

Attorney General Merrick Garland revealed on Thursday he personally approved the request to apply for a warrant, later granted by a federal judge – and urged people not to jump to conclusions about the FBI’s actions.

Trump, 76, is calling for the documents seized to be returned as he faces a mounting mass of legal woes.

A congressional panel investigating the January 6 attack by Trump supporters on the US Capitol is still working to build a case that he broke the law in trying to overturn his 2020 election defeat.

Trump’s tangle of cases include accusations of wire fraud and election tampering.

A trial will start in February against the former reality TV star after former Elle writer E Jean Carroll sued Trump for defamation in 2019 after the then president denied her allegation he raped her in the 1990s at a New York City department store.

Trump said on Monday morning in a Truth post about the Mar-a-Lago raid: ‘The FBI has a long and unrelenting history of being corrupt… NOW THEY RAID MY HOME, ban my lawyers and, without any witnesses allowed, break the lock that they asked us to install on the storage area that we showed them early on.

He branded the raid a ‘break in’, said the FBI could have simply requested the papers and added: ‘The whole World was watching as the FBI rummaged through the house, including the former First Lady’s closets (and clothing!), alone and unchecked.’

In the unsealing of records related to the raid, it was revealed agents seized classified records from Trump’s mansion, including some marked with top levels of classification – TS-SCI, for Top Secret/Sensitive Compartmented Information.

As Trump and Kim met, North Korean hackers hit over 100 targets in US and ally nations