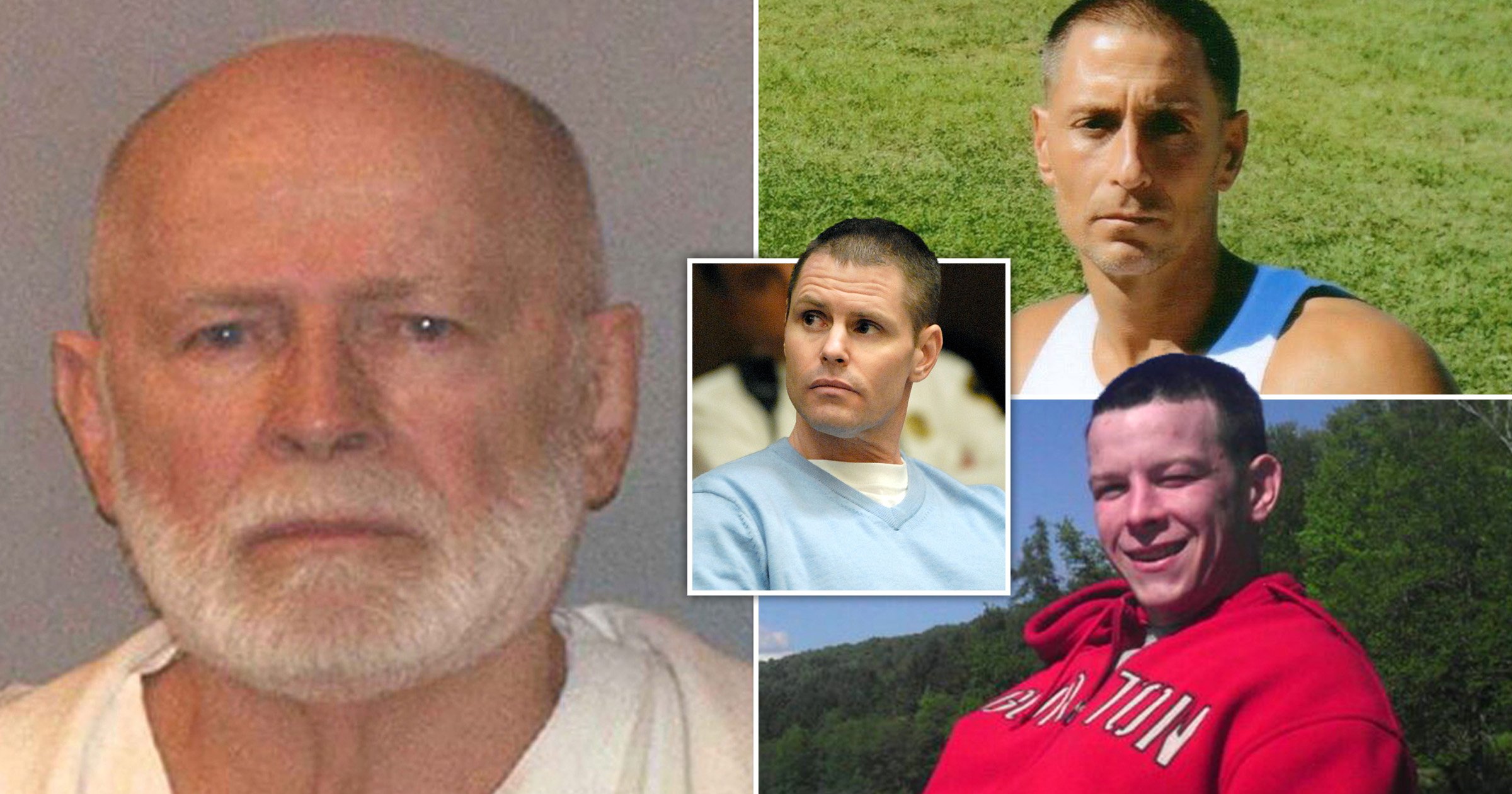 Three men have been charged over the killing of notorious Boston mobster James Joseph ‘Whitey’ Bulger in his jail cell, the Justice Department says.

Fiotos ‘Freddy’ Geas, 55, Paul ‘Pauly’ DeCologero, 48, and Sean McKinnon, 36, were charged with conspiracy to commit first degree murder after the longtime Boston mafia leader was killed at US Penitentiary Hazleton in West Virginia.

Bulger, 89, was found stabbed with a shiv and bludgeoned with a padlock wrapped in a sock in October 2018. He had just arrived at the Bruceton Mills facility after being transferred from a prison in Sumterville, Florida.

The Justice Department accused Geas and DeCologero of beating Bulger. They face charges for assault, as well as aiding and abbetting first degree murder.

Geas and DeCologero are both connected to the mafia, according to federal prosecutors. Geas was allegedly a mafia hitman in Massachusetts. He was sentenced to life in prison for the 2003 murder of Genovese family boss Adolfo ‘Big Al’ Bruno in Springfield.

DeCologero was allegedly part of a gang known as the ‘DeCologero Crew’ in Massachusetts’ North Shore. Bulger’s own Winter Hill Gang operated out of the North Shore town of Somerville.

McKinnon faces a charge of lying to federal agents.

Geas remains incarcerated at USP Hazleton. DeCologero was transferred, but he was still serving a prison term.

McKinnon was released from prison last month and was living in Florida on supervised release. He was arrested by federal agents on Thursday.

Bulger’s family had previously sued the Federal Bureau of Prisons, alleging that they ‘deliberately’ sent the gangster to his death by transferring him to the West Virginia facility. Their case was dismissed in January.

‘In the truest of ironies, Bulger’s family has experienced the excruciating pain and trauma their relative inflicted on far too many, and the justice system is now coming to their aid,’ US Attorney for Massachusetts Rachael Rollins stated.

Bulger was known for running the predominantly Irish mafia in Boston during the 1970s and 1980s.

He was also known for being an FBI informant, frequently providing information to his Justice Department handlers about his gang’s rivals.

Bulger was indicted in 1995 on racketeering charges. He escaped thanks to a tip off from his longtime FBI handler, and evaded authorities for 15 years until he was finally captured in 2011 at age 81.

Bulger’s notoriety has made him a popular subject of books and movies over the years.

Most notably, Bulger was the direct inspiration for the character Frank Costello, played by Jack Nicholson, in Martin Scorsese’s 2006 crime drama ‘The Departed.’

He was also the subject of the 2015 biopic ‘Black Mass,’ which starred Johnny Depp as the brutal gangster.

Kingston doctor reprimanded for ‘crude’ comment made to female patient