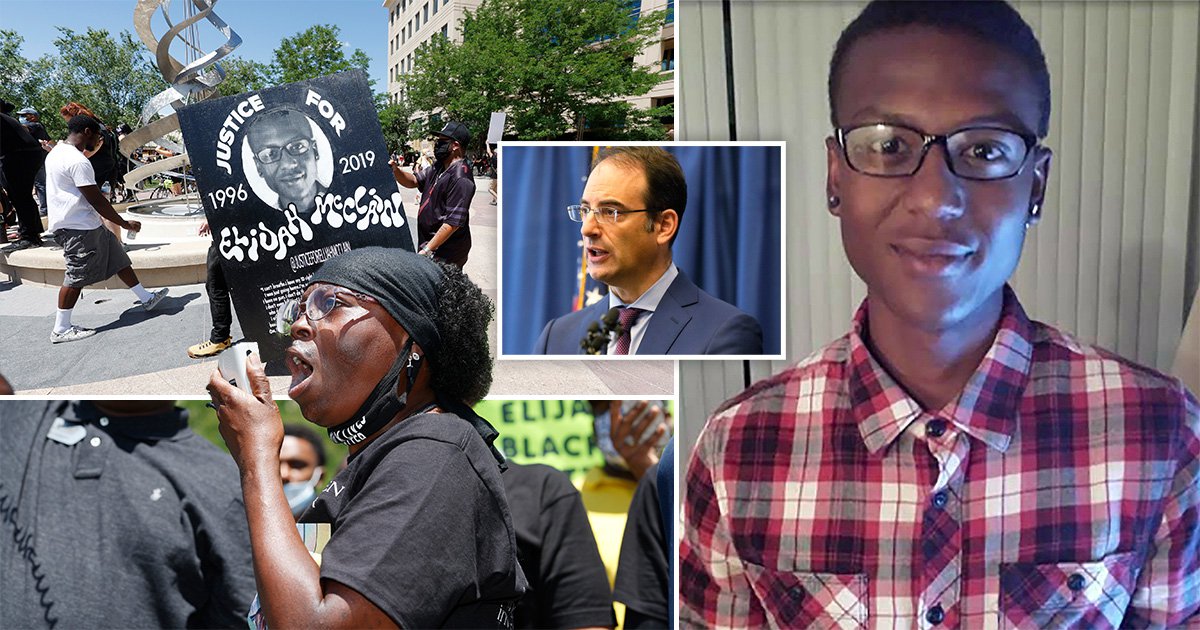 Three Colorado police officers and two paramedics have been indicated in the death of Elijah McClain, a black man who was placed in a chokehold and injected with a strong sedative.

McClain, 23, was recorded on police body cameras saying, ‘I’m just different’ before he died in suburban Denver in August 2019.

‘Our goal is to seek justice for Elijah McClain, for his family and his friends,’ Weiser said during a short press conference.

‘He was a son, a nephew, a brother, a friend. When he died he was only 23 years old,” Weiser said. “He had his whole life ahead of him. His family and his friends must now go on and live without him.’

Officers stopped McClain while he was walking home from a store. A 911 caller had reported a ‘sketchy’ man waving his hands and wearing a ski mask, which McClain’s family said he used because he got cold easily with anemia.

Body cam footage showed a cop getting out of his vehicle and telling McClain on the sidewalk, ‘Stop right there. Stop. Stop… I have a right to stop you because you’re being suspicious’.

The clip shows an officer putting a hand on McClain’s shoulder and telling him to ‘stop tensing up’. When McClain complains, other officers restrain him.

McClain is later shown handcuffed on his side and vomiting as another cop leans on him.

Arriving paramedics McClain, who is 140 pounds, with 500 milligrams of ketamine, which was more than 1 1/2 times the dose for his weight.

Elijah’s mother, Sheneen McClain, said in a statement that she ‘is overwhelmed emotionally by this news and appreciates the hard work of Phil Weiser and the rest of his team. There is not a day that goes by that she does not think of her son Elijah’, according to her lawyer Qusair Mohamedbhai.

Explosion Like a ‘Bomb’ Injures 4 at West Virginia Chemical Plant