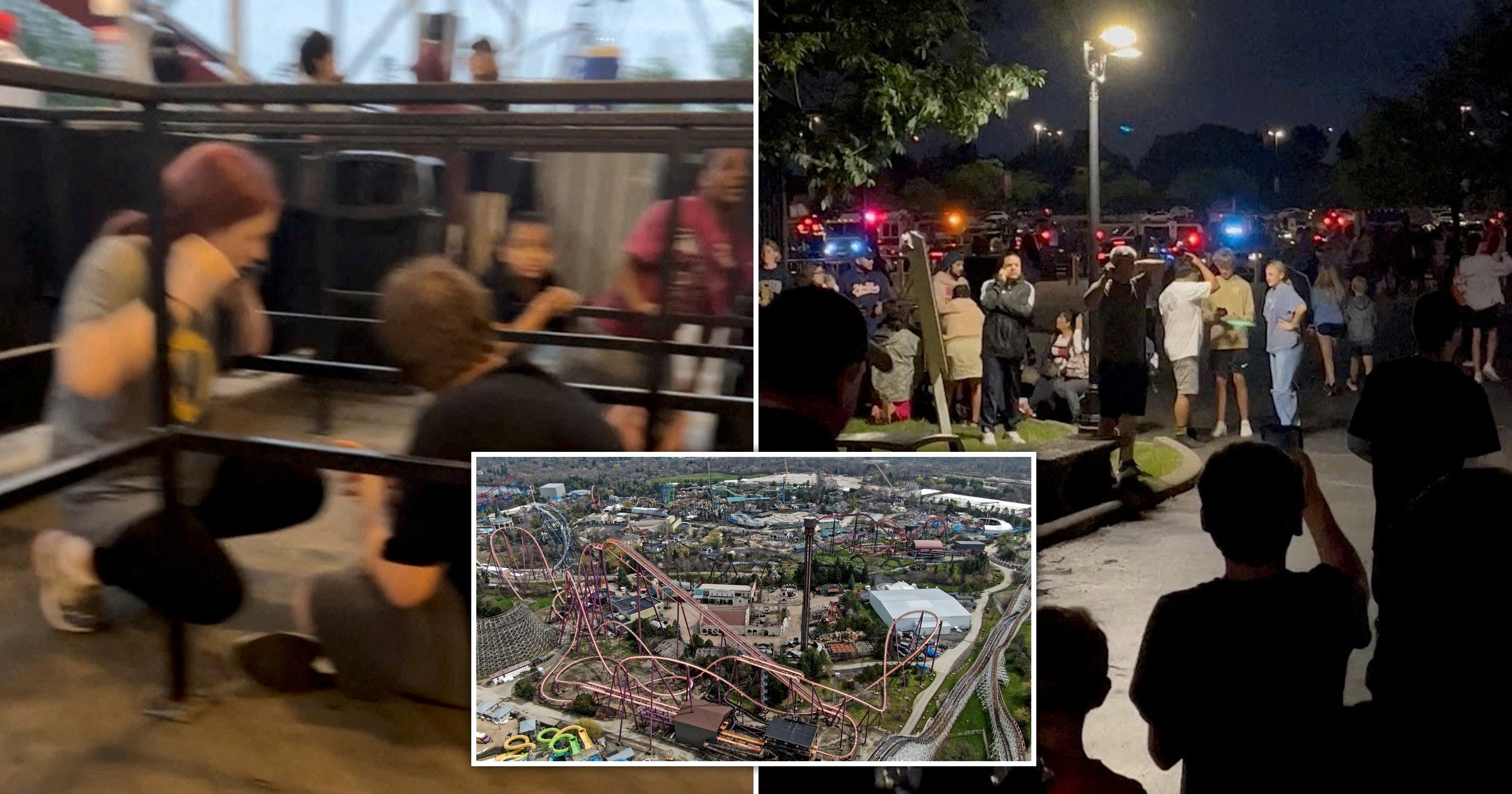 Three people were injured Sunday after shots were fired in the parking lot of Six Flags Great America on Sunday, in what police say was ‘not a random act.’

Two teenagers, ages 17 and 19, were shot at the amusement park in Gurnee, Illinois, and a third person sustained a shoulder injury. The teens were taken to an area hospital.

‘The shooting was not a random act, and appeared to be a targeted incident outside the park.’

The shots were fired around 7.50pm local time from a vehicle that immediately fled the scene. According to Gurnee police, a white sedan drove into the theme park’s parking lot and stopped near the entrance before several people got out and began shooting at someone standing in the parking lot.

The suspects quickly loaded back into the sedan and fled the scene. It’s unclear how many people were involved in the gunfire.

One witness detailed the chaotic scene outside the park to NBC News 5 Chicago.

‘All of a sudden everyone started rushing towards us and yelling there was a shooter, so we turned and immediately started running in the opposite direction,’ the witness said.

‘We ran to the bathroom area, and one guy was saying everyone go to the stall that’s furthest away from the door. I found a stall with, like, three other people in it, and there were people crying and everything like that.’

‘Layers of preventative measures both inside and outside the park are in place for the protection of guests and team members. We continue to review and enhance our protocol on a daily basis to ensure we are providing the highest level of safety.’

Police in Gurnee are continuing their investigation into the shooting. No suspects have been arrested in connection to the incident.

U.S. trade with Myanmar is suspended over killings by the military.

Trump says he met Prince of ‘Whales’ in tweet blunder

Hundreds Will Spend the Night in Sleeping Bags on Times Square