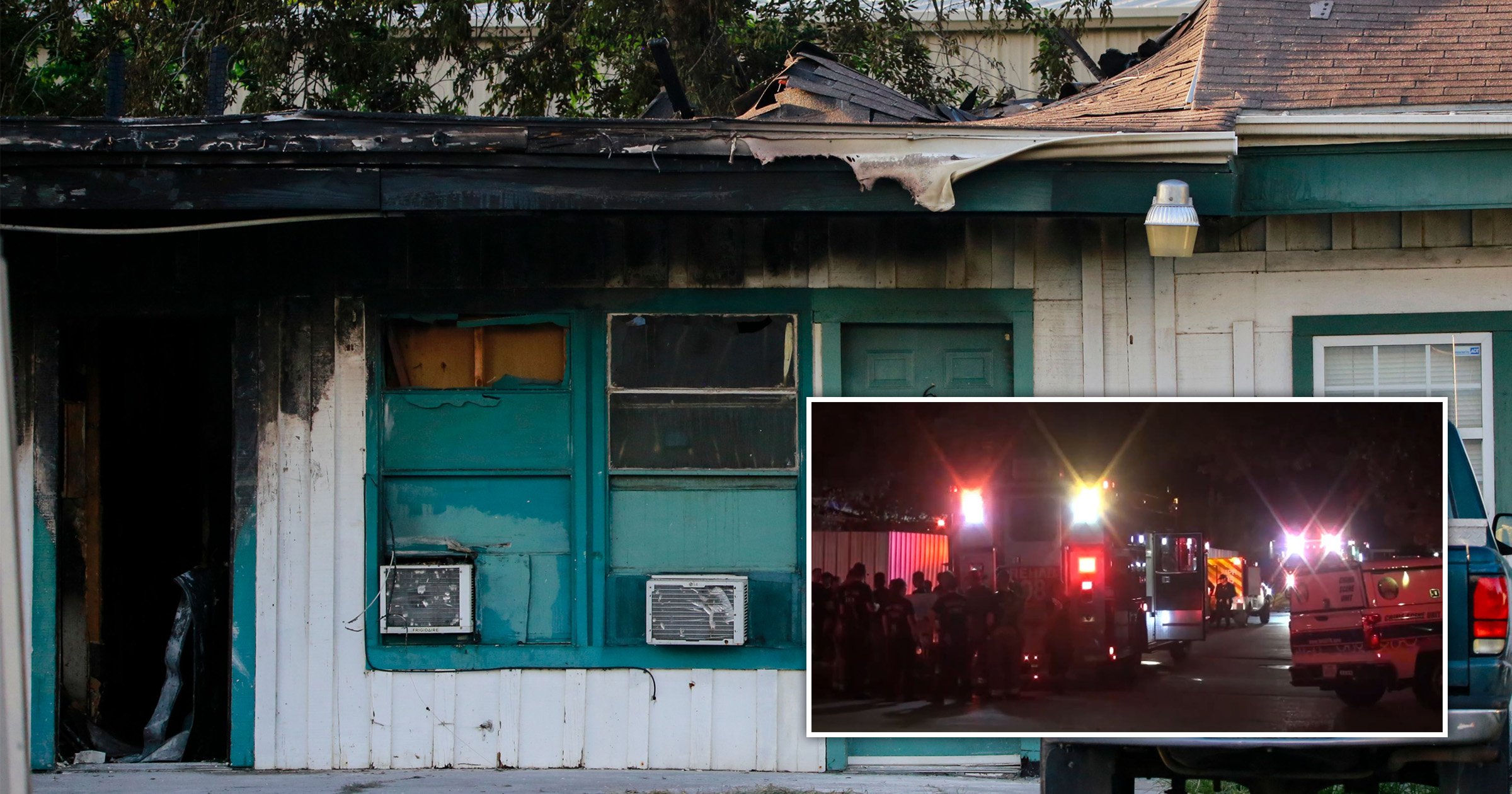 A gunman recently evicted from his Houston, Texas home set fire to the building early Sunday morning before shooting residents as they fled.

The suspect, a man in his 40s who was a longtime resident in the building, set fire to the home in order to lure its occupants out. As residents scrambled out of the building, he began firing at them with a shotgun, Houston Police Chief Troy Finner said during a press conference.

‘The suspect, unfortunately and very sadly, and very evilly set fire to several residence, laid wait for those residents to come out, and fired up on them,’ Finner said.

The gunman was recently notified that he would be evicted from his home, Finner noted, adding that ‘may have been a trigger point for him.’

When firefighters arrived on the scene to extinguish the blaze, the suspect, dressed in all black, began firing gunshots. It’s unclear if the gunshots were being fired in their direction, but the firefighters promptly took cover. Soon after, police arrived and began exchanging gunfire with the suspect, ultimately killing him.

The officer who shot the suspect, a seven-year veteran with the department, will be placed on leave while the shooting is investigated, according to police.

All of the victims are believed to have been residents of the building, which authorities described as a ‘multiple room renting facility.’

Two white men in their 60s were pronounced dead at the scene, and an African American man in his 40s died after being taken to a nearby hospital. Another man was shot in the arm and treated an the hospital, and another person was injured as they ran away but did not seek medical treatment.

The identities of the victims and the gunman have not yet been released.

‘I’ve seen things that I haven’t seen before in 32 years, and it’s happened time and time again,’ Finner said during the press conference. ‘People ask the police chief, “Why?” We don’t know why, we just ask that the community come together.’

Anguished screams ring out as tourist, 59, falls to her death from Grand Canyon